BRITISH TikTok viewers have been left horrified over one American woman's videos of her attempting to make a cup of tea, after she's seen moaning about a "major flaw" with her kettle.

The woman (known as @happygoliving on TikTok) was seen venting her frustration online after purchasing an electric kettle and noticing that it doesn't work properly – or so she thought. 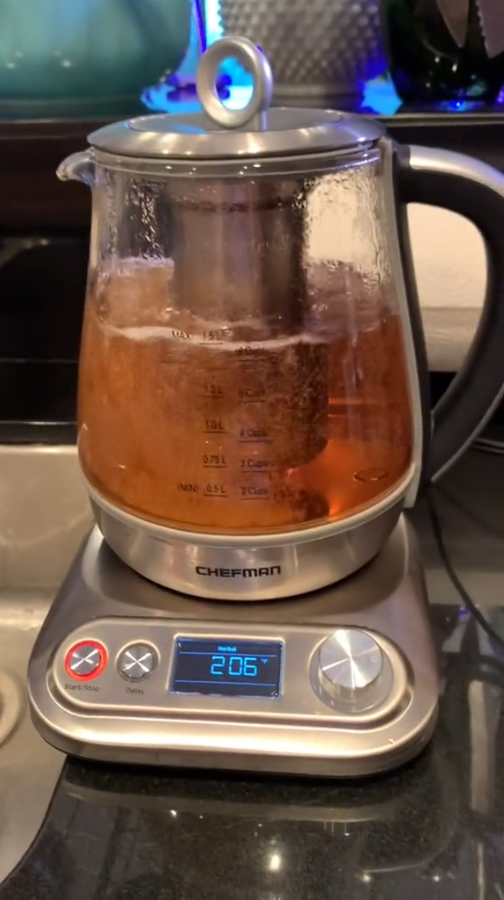 Wanting to get the opinion of others, she posted a video – that has now been watched over 3.8million times online – and asked if anyone else could spot its "major flaw".

"I have this amazing electric kettle, as you can see it's filled up to the water line, but it has a major flaw when I'm making my tea. Let me see if you can notice the major flaw that it has," she's heard saying.

As the kettle starts to boil, the woman says: "It might be hard to notice, but here it comes. Oh yeah."

At that point, water starts shooting out of the spout of the kettle and she can be heard moaning: "So, why would they make it like this? What is the purpose? Yeah, you better turn yourself off. Water everywhere." 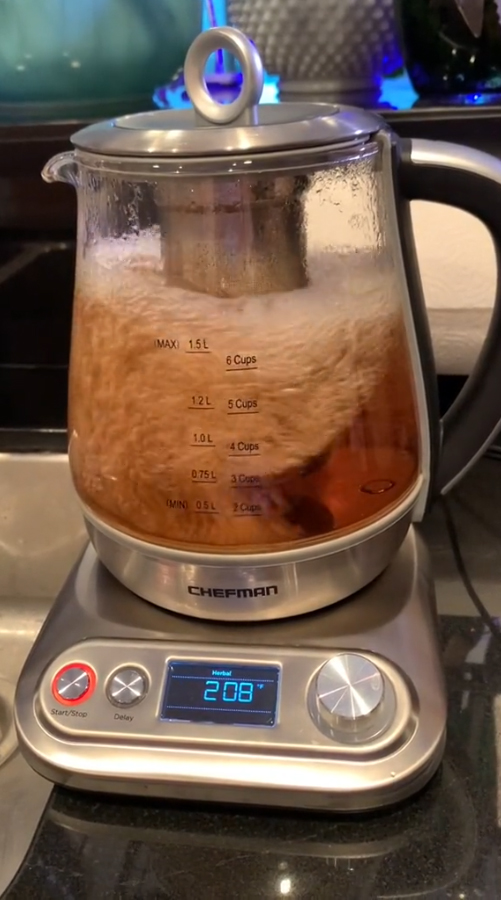 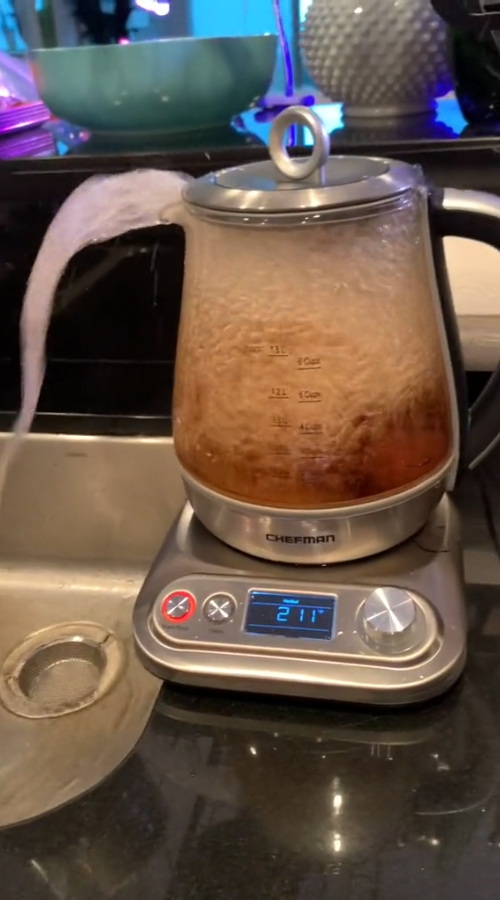 Her post racked up thousands of comments, as tea lovers everywhere were horrified that the woman had attempted to boil water with the tea bag already in the kettle.

"I can notice the MAJOR FLAW: you don't know how to use it," commented one person.

Another said: "It's only meant to boil water not tea, then u put the tea bag in the mug or cup (sic)."

One more baffled viewer posted: "WHY DID YOU PUT TEA IN THE KETTLE?" 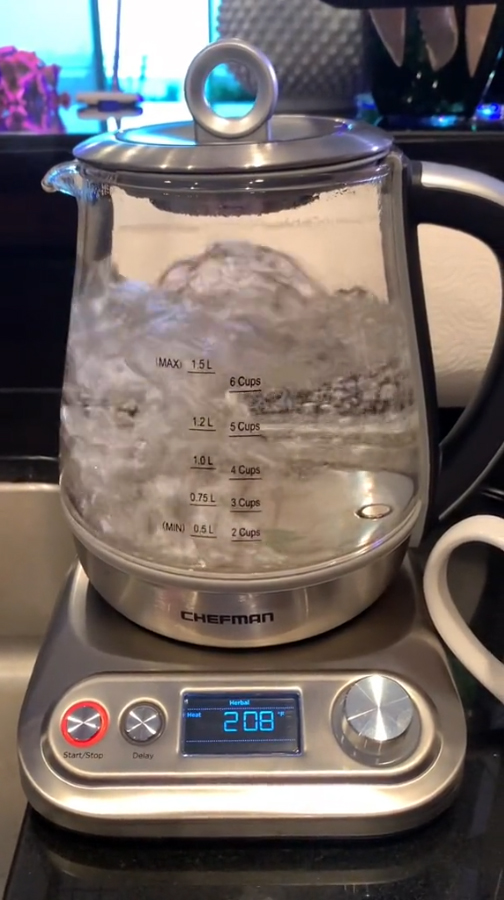 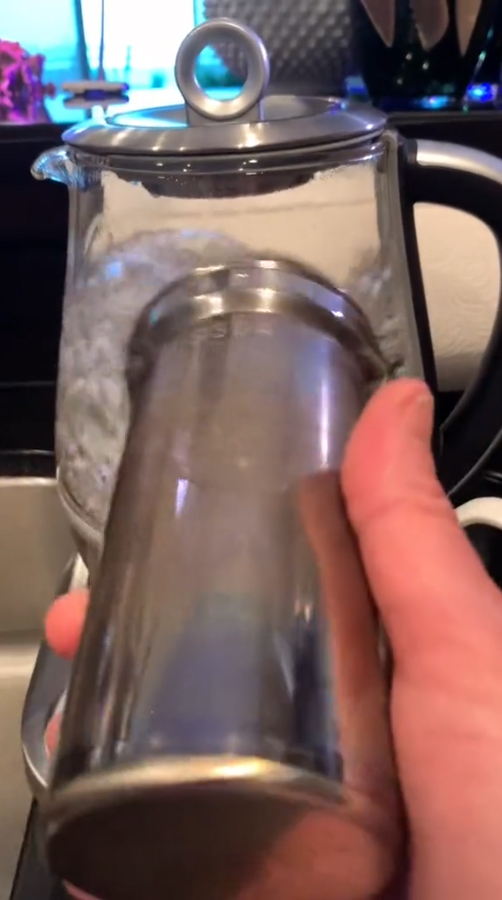 "Oh my god you can't be serious," said a fourth, while another quizzed: "Did you just boil your tea??? In the teapot?? Girl what."

"Yeah that's not how you make tea," said one irked person, while one concerned Brit teased: "The brit in me is severely confused and kinda scared… are… americans okay? (sic)"

Sharing a follow-up video, the woman revealed she finally got her kettle working after taking out the tea infuser and simply boiling just the water first. 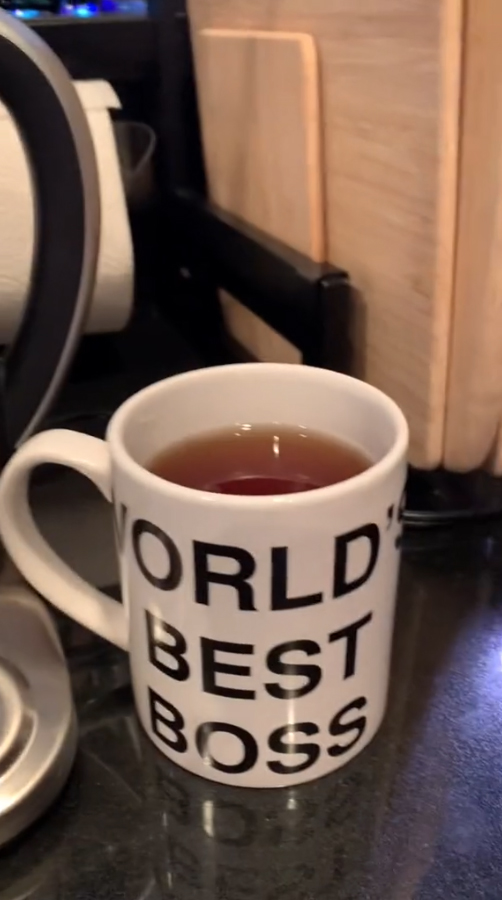 Testing it out, she said: "Alright I'm boiling it, let's still see if we've got the problem. It seems to be self-contained…"

"Then don't put this in the box," she fumed waving around the tea infuser, adding: "Alright, it works now."

Again, Brits flooded to the comments to explain to her that the tea infuser holds the teabag once the water is boiled and turns the kettle into a teapot.

"You're supposed to fill the tea infuser and insert it once the water is boiled so you can make yourself a whole pot of tea," offered one person.

"You use it to steep the tea after the water boils. You should never boil tea," said another.

A third, meanwhile, couldn't resist poking fun, as they commented: "I don't want to say we should ban you from drinking tea, but…"

Plus, experts reveal the one common mistake that is ruining your cup of tea.

And one professional shares easy ways to keep kettle fresh as cleaning fan reveals how much limescale can build up in just two weeks.

I'm raffling off my £250k house for a quid – there's a 'woman cave', five beds & all the furniture's included

Sophie Wessex wore wedding dress & tiara different from other royals: ‘It was a surprise’