A NEW mum has thanked her neighbours after they helped her give birth – on her driveway.

Teacher Anne-Marie Duckers, 34, collapsed on the way to her car while she was in labour. 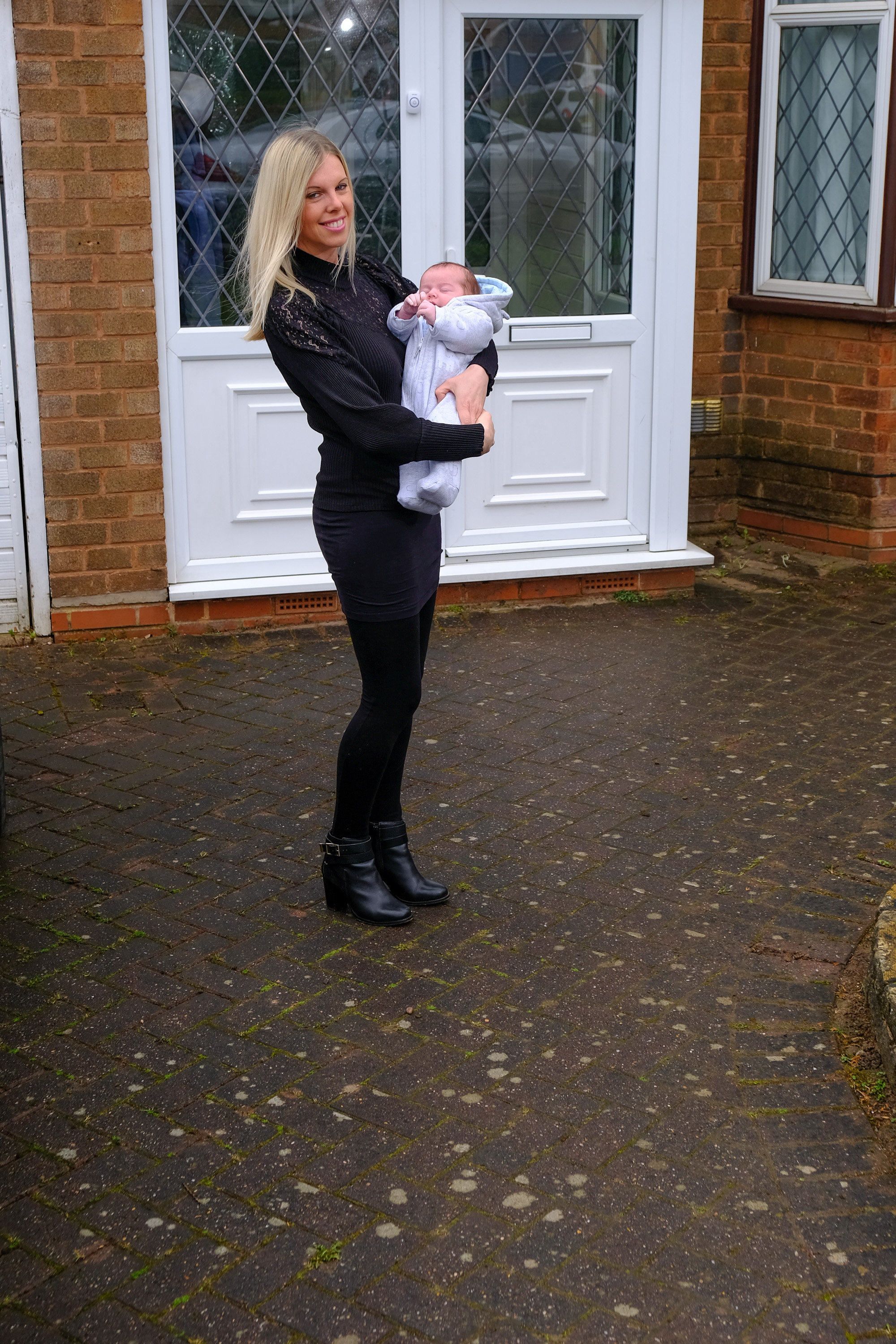 Neighbours Jane Fleming and Melinda Packham heard her scream from down the street and raced over with towels to help.

Anne-Marie was giving birth as her husband Adam Duckers, 35, was talking to paramedics over the phone.

The group helped her give birth on the driveway outside her home in Sutton Coldfield, Birmingham.

Jack Duckers was born on January 21 on the drive – much to the joy of his helpful neighbours and parents. 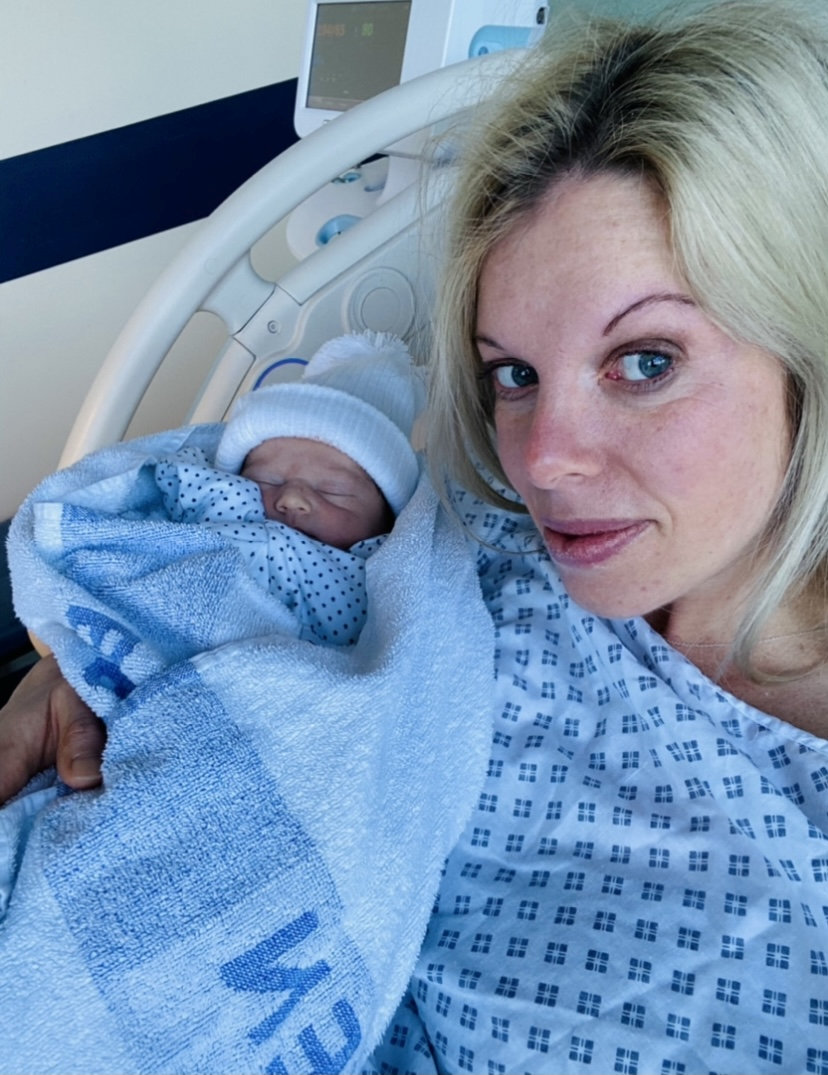 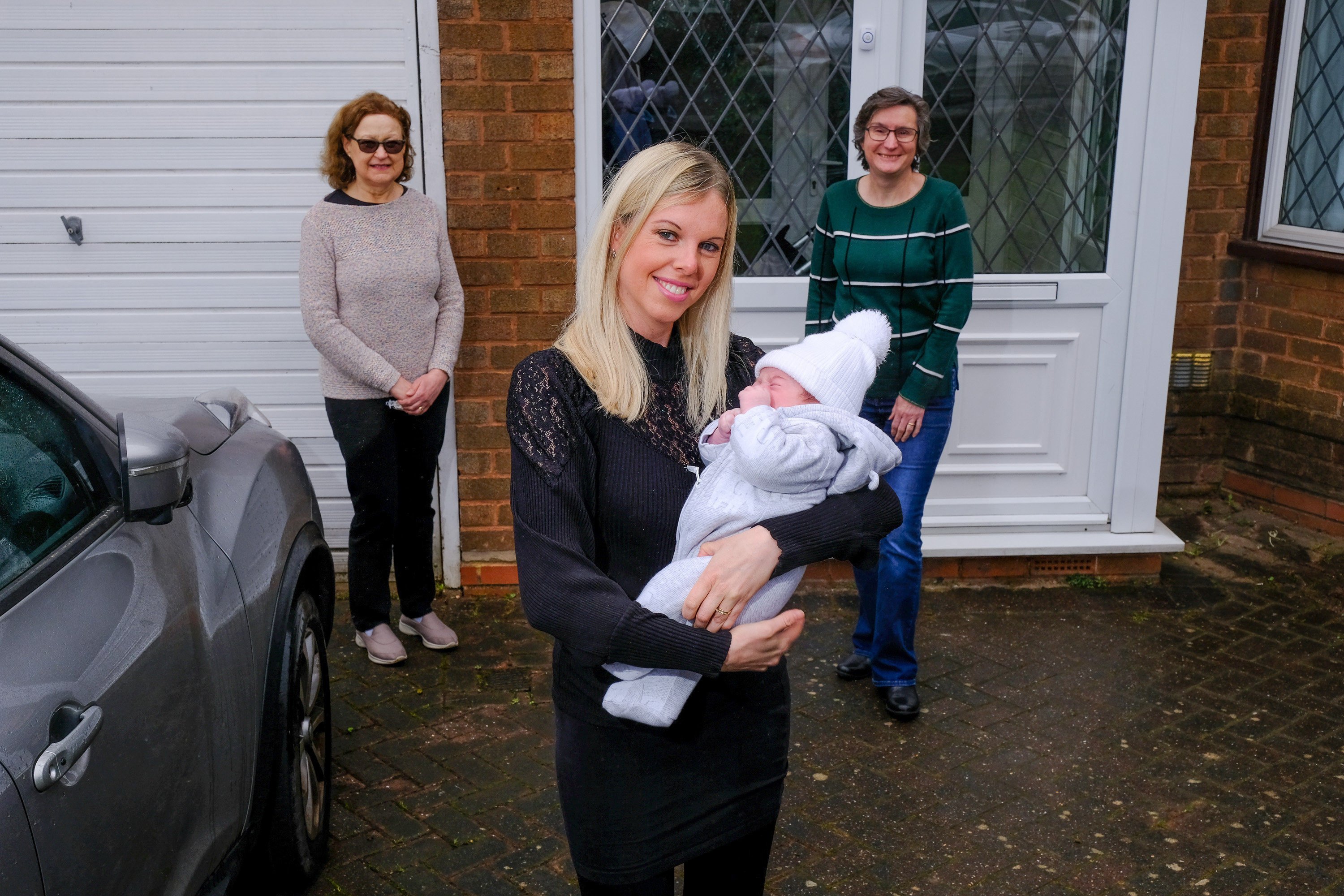 Primary school teacher Anne-Marie has now thanked her neighbours for helping her give birth.

She said: "I'm so grateful for our neighbours' help! It was a really scary situation on a cold day. I was terrified and felt so lucky that people came to help us and reassure us.

"They will always remain special to me because of what they did for us. We will obviously tell Jack as soon as he is able to understand.

"I was literally by the car door. We'd had an argument as I'd told him to call the ambulance but we live right by the hospital.

"I am quite dramatic but I got the feeling that I was going to give birth before we got there. 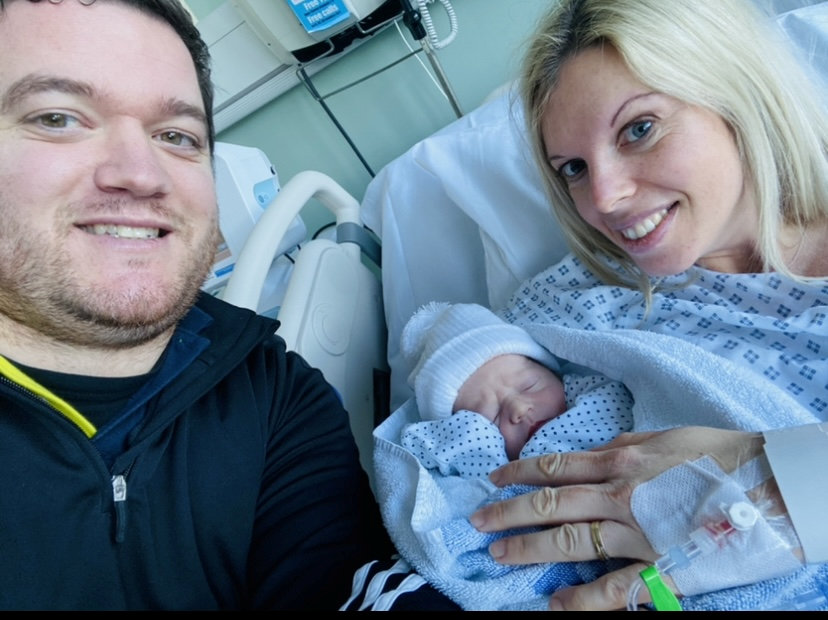 "He tried to walk me down the drive but before we could make it into the house, I just knew I wouldn't make it and that I needed to push.

"The ambulance service asked Adam 'can you see the head?' He was about to say no but I stripped off and he was like 'Oh my God, yes!'"

Anne-Marie's contractions had started the evening before the birth and continued throughout the night, getting stronger and just seven minutes apart.

Her mother, Sylvia Tarver, 70, took her to the hospital the following morning where her contractions became irregular.

After four-and-a-half hours of waiting, the doctors sent her home to be with her husband, take a bath and have a paracetamol to try and move things along. 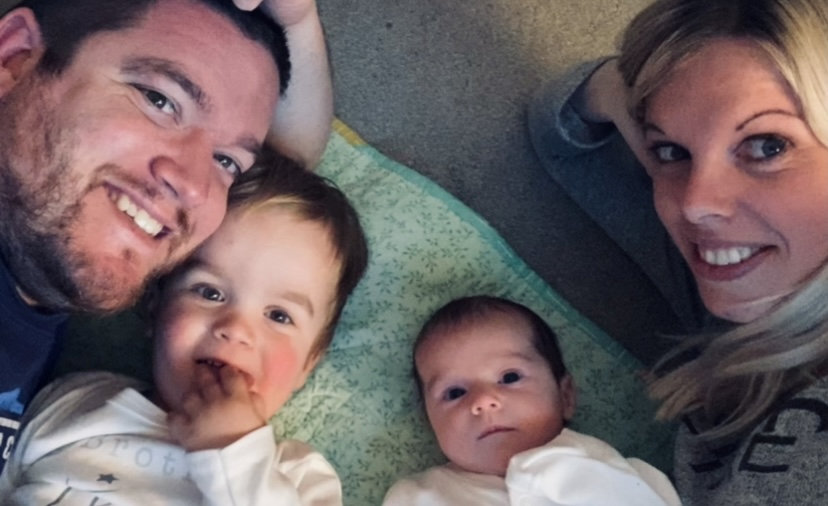 But back home, things took a turn quickly and a desperate rush to the car proved to be too late for this expectant mother.

Anne-Marie said: "I had a really strong contraction so rang the hospital as it was so painful and had made me bleed.

"They told me to come back so I tried to get to the car. I got to the car door and screamed as I knew the baby was coming."

Hero neighbour Jane, 66, saw Anne-Marie drop to the ground and rushed over to the poor mum as Adam desperately phoned 999 for help.

Another helpful neighbour, Melinda, 51, quickly followed with towels after hearing Anne-Marie's screams echoing down the street. 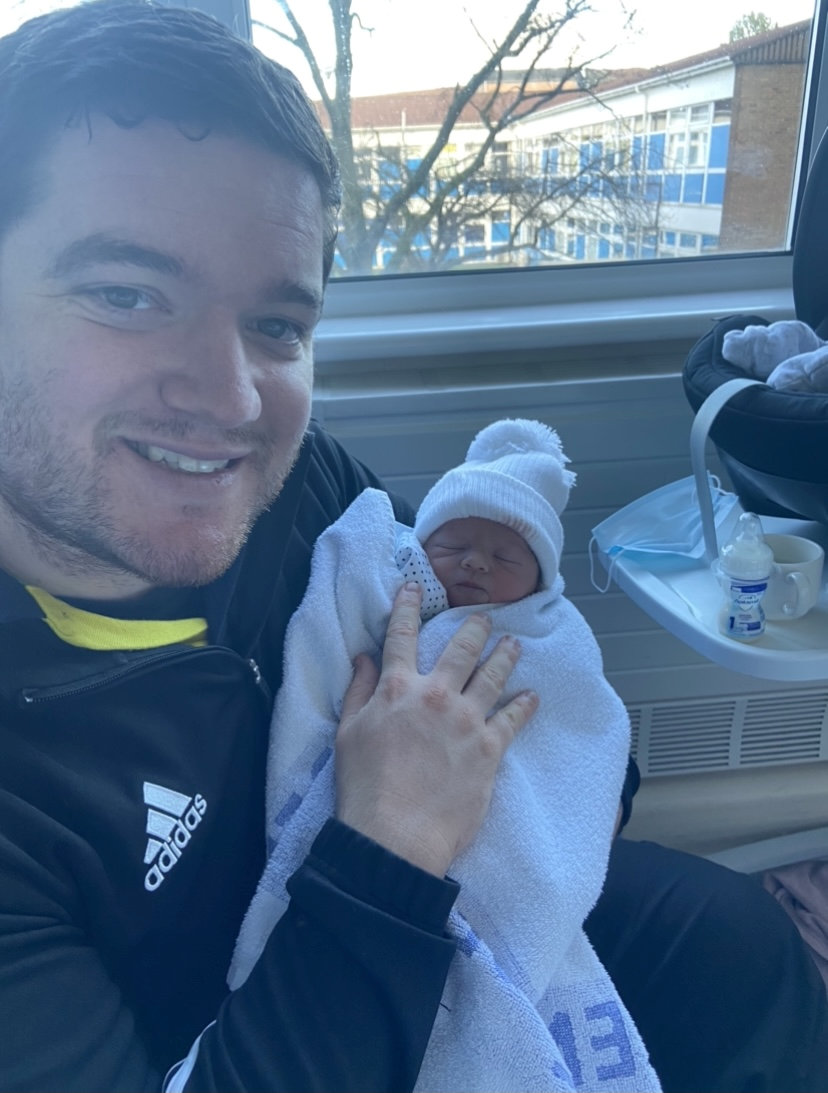 Jane said: "I was coming home from shopping so I was in the car and I drove past her drive and saw her on the floor.

"I went running round and saw that Adam had sorted out the towels.

"I put my hand under the towel to make sure she was warm and Anne-Marie grabbed my hand.

"I was just trying to keep her calm whilst the baby's head was born, then thankfully the paramedics arrived as Adam caught the body.

"It was a shock, I think everybody was in shock, and a nice moment to be part of because it ended well.

"We are very close neighbours and they are a lovely couple. They bought Jack round to us the next day on the doorstep with a bunch of flowers to say thank you."

Adam, who is also a teacher, delivered their baby boy Jack at approximately 11:30AM on January 21 after being guided over the phone for about an hour.

Paramedics turned up as soon as Jack was born, cut his cord and took the new family to hospital to be checked over.

Thanks to their neighbours, little Jack was born safe and sound, weighing a healthy 7lb 11oz and is now back home with his parents and big brother Theo Duckers, two.

Jack's arrival has come after an extremely challenging journey to parenthood for Anne-Marie and Adam who struggled for years to fall pregnant after marrying in August 2012.

The couple endured four rounds of IVF and suffered a miscarriage before welcoming their two boys, spending a whopping £20,000 on their quest for a family.

Anne-Marie said: "It's hard but we're so grateful now that I don't really mind all the hard bits.

"People say don't give up hope, it happened for them so it will happen for you, but I don't want to tell people that it's definitely going to happen because you don't know."

"I know what it's like for people who haven't been as lucky as we have. I know the feeling that you might not be able to have one, so I just feel so lucky that we ended up with two!"

In other parenting news, this mum delivered her own baby in a bathtub in a full face of makeup.

And we revealed how one mum delivered her own baby on the bathroom floor after labour lasted just two minutes.

Plus a mum-of-11, 31, desperate to have at least four more kids… even though she already goes through 600 nappies A WEEK.

Ross Butler Gives a Rundown on His Turkey Bolognese Recipe

Amazon Big Fall Sale: Save Up to 70% Off Fashion Deals