ANASTASIA Kenyon may run a hugely successful beauty brand- but growing up, she was never that interested in make-up.

The 27-year-old, from Manchester, ended up in the beauty industry after she created a booking app called Palette in 2016 for makeup artists – like her sister – to showcase their work and file invoices.

Alongside this, Anastasia started working on Selfridges' beauty shop floor as well as shifting at a local pub – before deciding to launch her own make-up brand off the back of the app's success.

With just £200 saved up, the budding entrepreneur set up Kandi Cosmetics in 2017 and quickly racked up a cult fanbase thanks to her affordable eyeshadow palettes which she imports from suppliers in the Far East.

It wasn't long before the brand caught Boohoo's attention and the e-tailer reached out to Anastasia for help creating their range of fake eyelashes and lipsticks – three years on, Anastasia now supplies all of Boohoo's own-brand makeup via her distribution beauty company.

Anatasia spoke to Fabulous Digital for our #BOSSINGIT series devoted to ordinary women who have started extraordinary businesses. 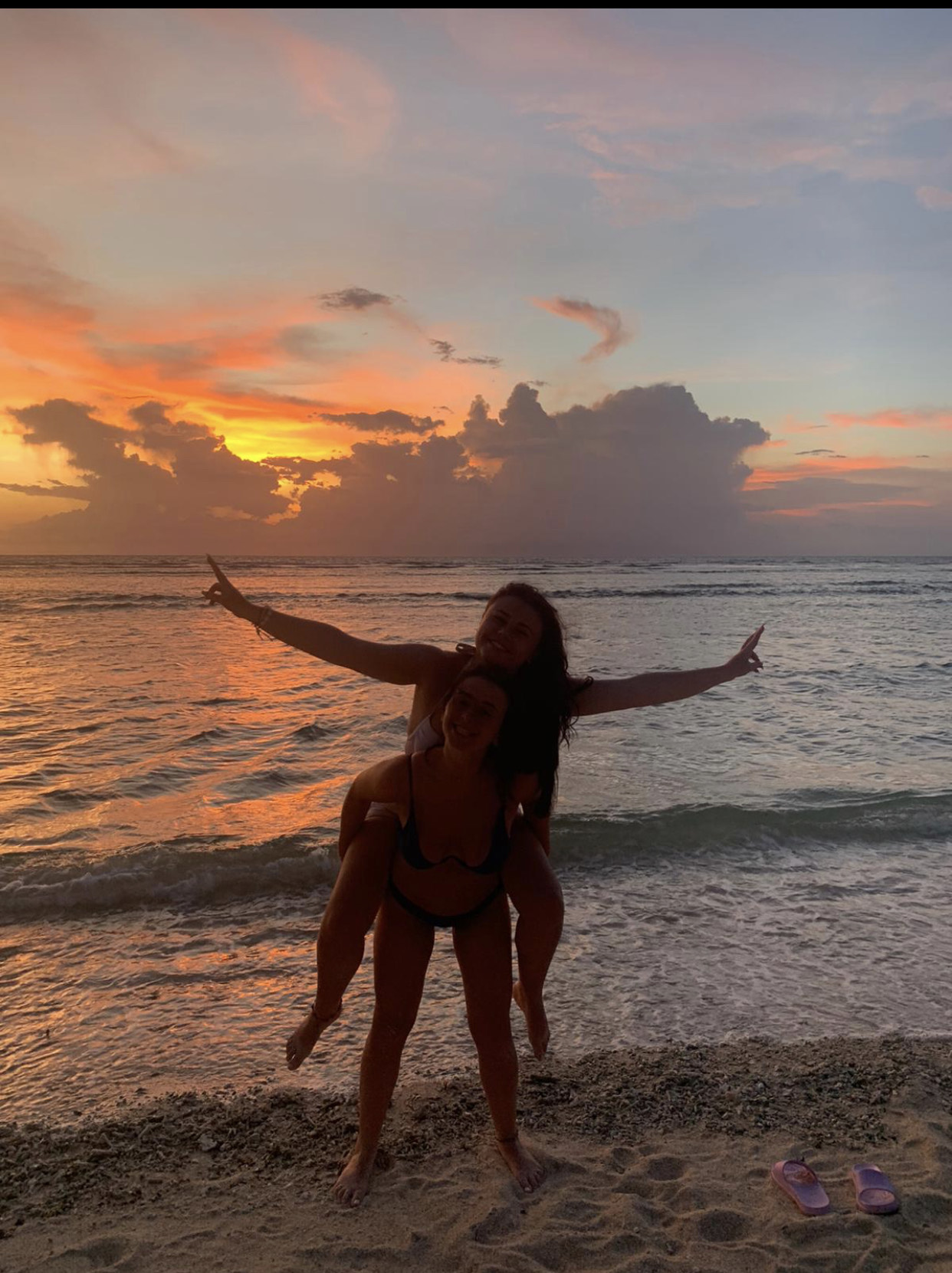 Having studied Business Management at Nottingham University, Anastasia assumed she would become an accountant – but after a series of job rejections, she realised she needed to re-evaluate her career path.

"My little sister is the beauty enthusiast," Anastasia said. "She's the make-up artist in the family. I made my first company based on her because she was training to be makeup artist and I wanted to create a safe space for her."

As the booking app continued to grow, Anastasia realised she could make extra cash by selling products to make-up artists who used it – which is how Kandi Cosmetics was created.

She explained: "I started from the ground up. I was working in a pub and part time on beauty counters because I wanted to get an understanding of how to speak to customers, how makeup artists would use products, and how to sell products."

The budding businesswoman used £200 she'd saved from her two jobs to import 150 35-shade eyeshadow palettes from suppliers her dad – who worked as a footwear importer – knew in the Far East.

She added: "I grew up around business and strategy and understood the way that they worked. 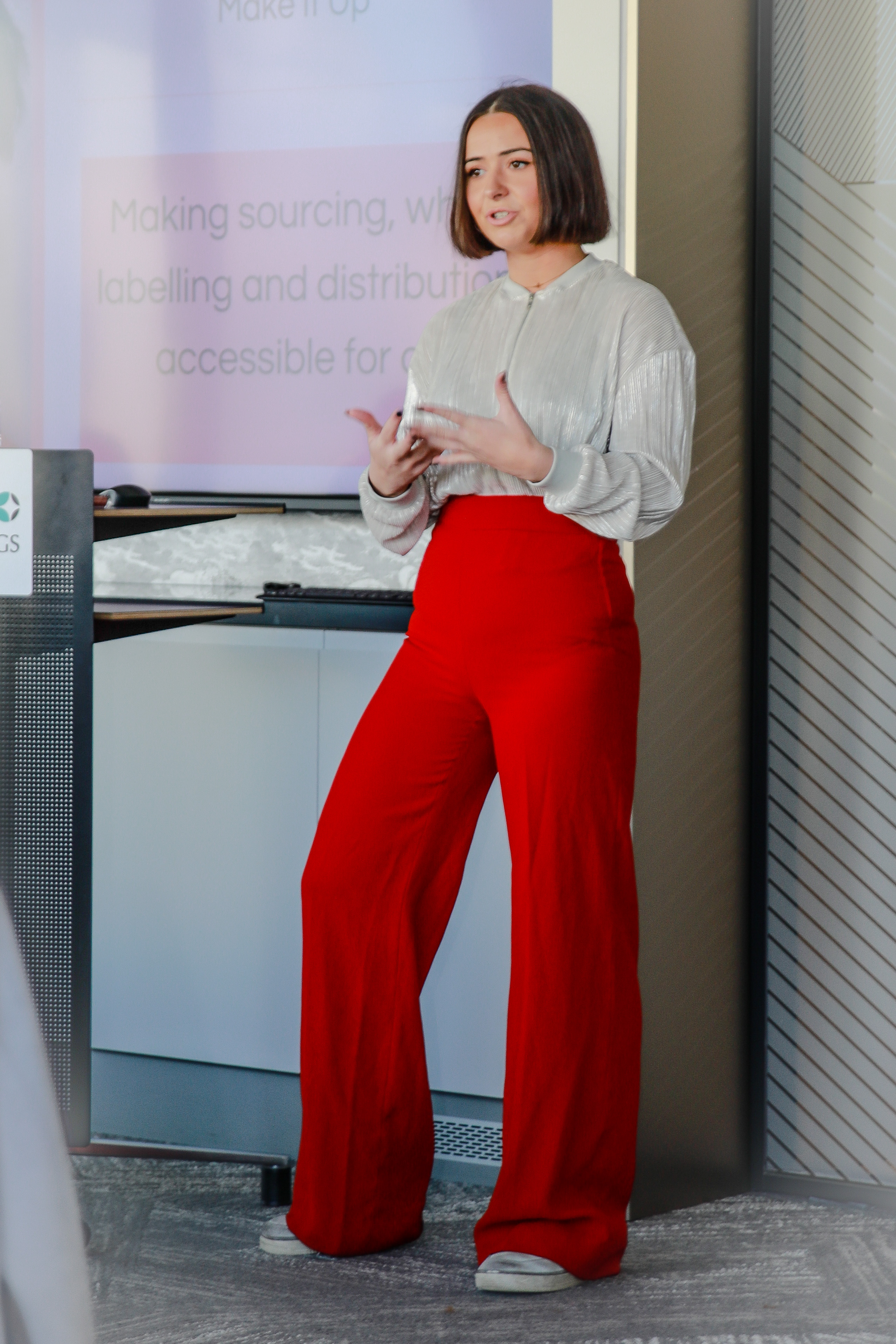 "And I always knew I was a leader and wanted to run my own company one day – but this was never not monetary-driven."

Although Anastasia's palette – which was a dupe for make-up artist brand Morphe – sold out in a matter of weeks, Kandi Cosmetics wasn't her priority.

She said: "I didn't understand re-buying or merchandising so I was buying the eyeshadows ad hoc. It was selling out every two to three weeks and we were approached by Beauty Bay.

"But then when Palette started booming, Kandi really suffered. I wasn't bringing out products quick enough and I learnt more when I was working with other companies on their product lines."

However, that all changed in December 2017 when Anastasia sold Palette and was approached by Boohoo to help them create their own-brand beauty products.

It at this point that she founded her retail company Make It Up to distribute her Kandi Cometics products to different clients developing their own in-house beauty brands.

She said: "[Boohoo's] lead times were really long and they weren't sure about formulas and packaging so they asked if we could start by making their own-brand lipstick and lashes."

"We worked with them on the initial design, we worked on the actual product itself, and then we import and distribute through their warehouse in the UK."

Despite "having no idea" what she was doing at first, Anastasia quickly settled into the role and Make It Up now supplies all of Boohoo's own-brand makeup as well as working with their sister company Pretty Little Thing.

From Boohoo's makeup brushes and rollers to their highlighters and eyeshadows, Anastasia added: "Anything that says 'Boohoo' on it is us."

But how exactly does it work? Well, Anastasia and her team of four meet Boohoo every week to give them their trend report which they put together by scouring social media and monitoring Amazon and eBay's best-sellers. 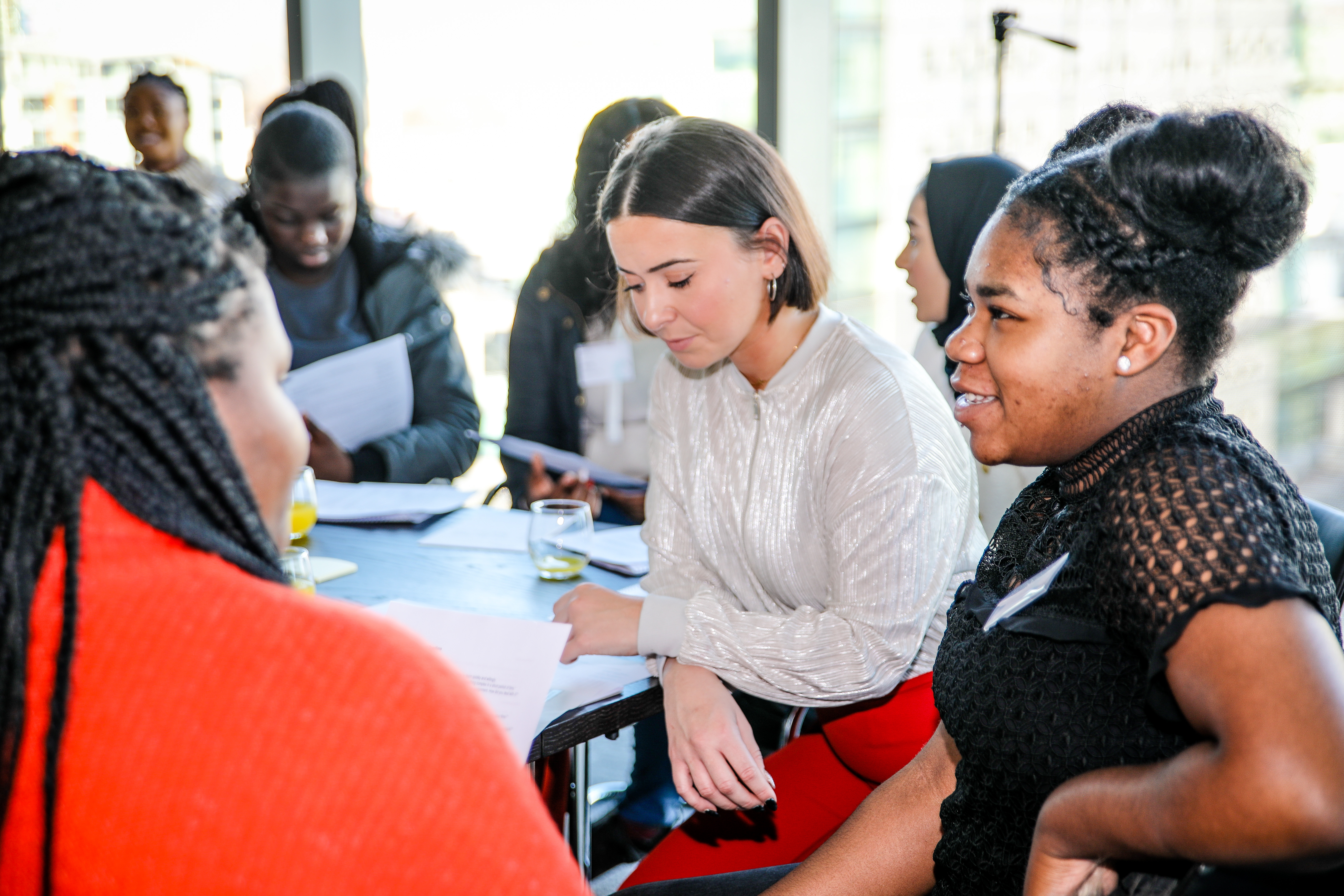 They'll then present Boohoo with samples and once a product is signed off on, they'll have it imported and organise all the branding on their behalf.

She explained: "Basically, anything that is on trend – we'll be able to import for our customers."

"We allow brands to concentrate on strategy while we handle the sourcing, buying and distribution of products. Not a lot of companies understand what you need to launch a beauty brand."

Nowadays, Anastasia will order anything between 10,000 and 250,000 at one time and while hers might sound like a dream job, there have also been some bumps in the road too.

For example, there was one instance where she ordered hundreds of new eyeshadows for another client – only for them to arrive with the wrong branding and in totally different colours.

She said: "The samples arrived and they were nothing like we needed them to be. I nearly had a heart attack.

"And then I learnt there was a press day around these products. So we basically had to create our own products in house, learning how to press powders and everything. But we did it and now I'm much more equipped to handle those situations." 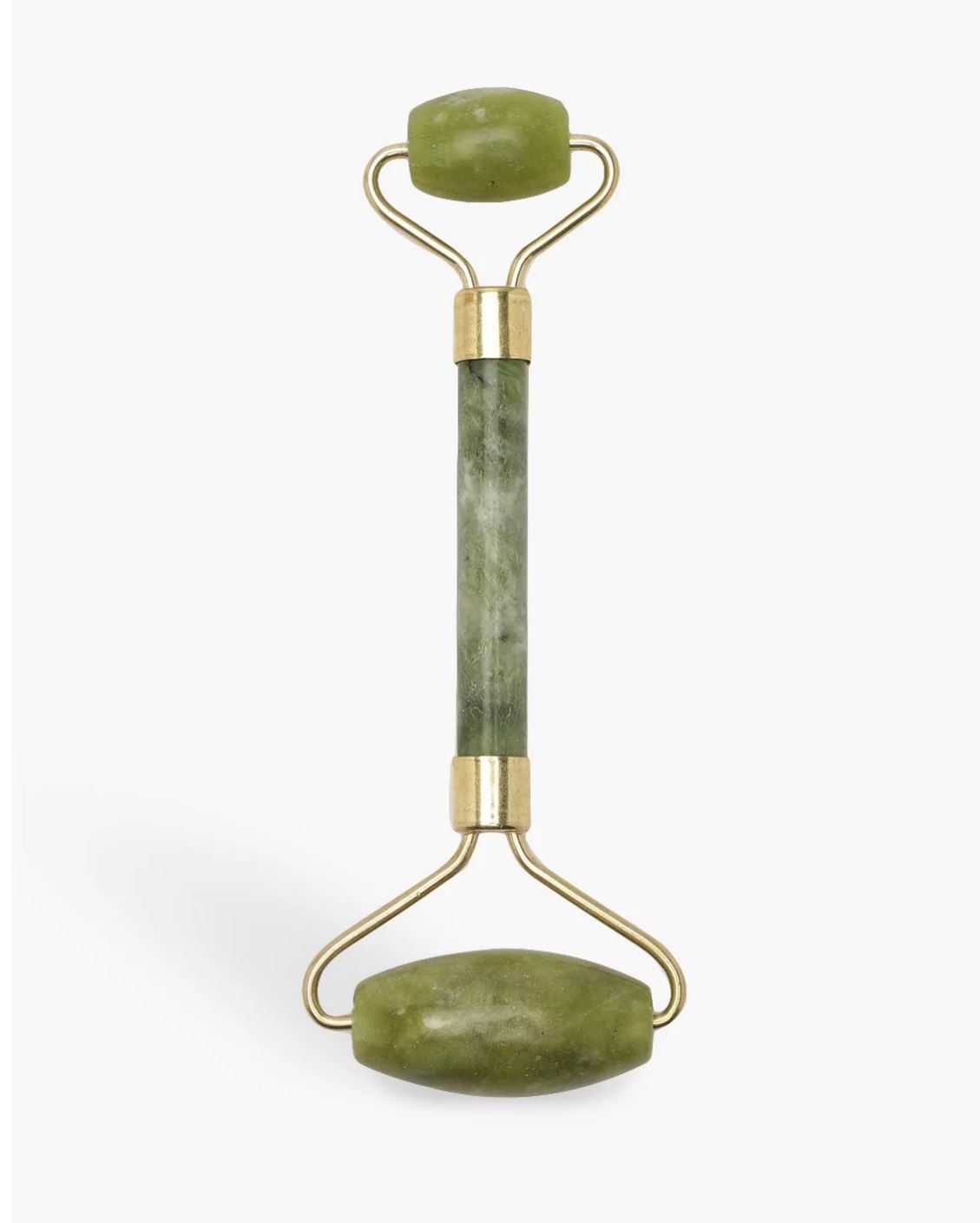 What's more, Anastasia has also partnered with The Hut Group on their £15 Glow Mist which was sent in their Glossybox parcels to the US and Poland as she strives to make Kandi an international brand.

In their second year of trading, Make It Up turned over a staggering £381,000.

The brand now sells between 2,000-5,000 units a week and Anastasia is now in the process of rebranding their Kandi Skin range as the entrepreneur sets her sights on male grooming industry and the growing beauty tools trend.

For more inspiring Bossing It stories, we spoke to Cherish Reardon who founded Popsy Clothing when her anxiety made it impossible for her to apply for jobs – now it's set to make £1m and Ladbaby Mum's a fan.

And Victoria Eagle was battling post-natal depression when she set up her stationery business on eBay and now it's made £500k.

We Found Leggings That You Can Wear Everywhere — Even the Office!

The Queen was a ‘rather fat’ teen who dreamt of eloping with the man of her dreams, friend’s explosive diaries claim