IT'S been ten years since these right-royal cuties stole the show at Prince William and Kate Middleton's wedding.

But a decade on, what ever happened to the Duke and Duchess of Cambridge's bridesmaids and pageboys? 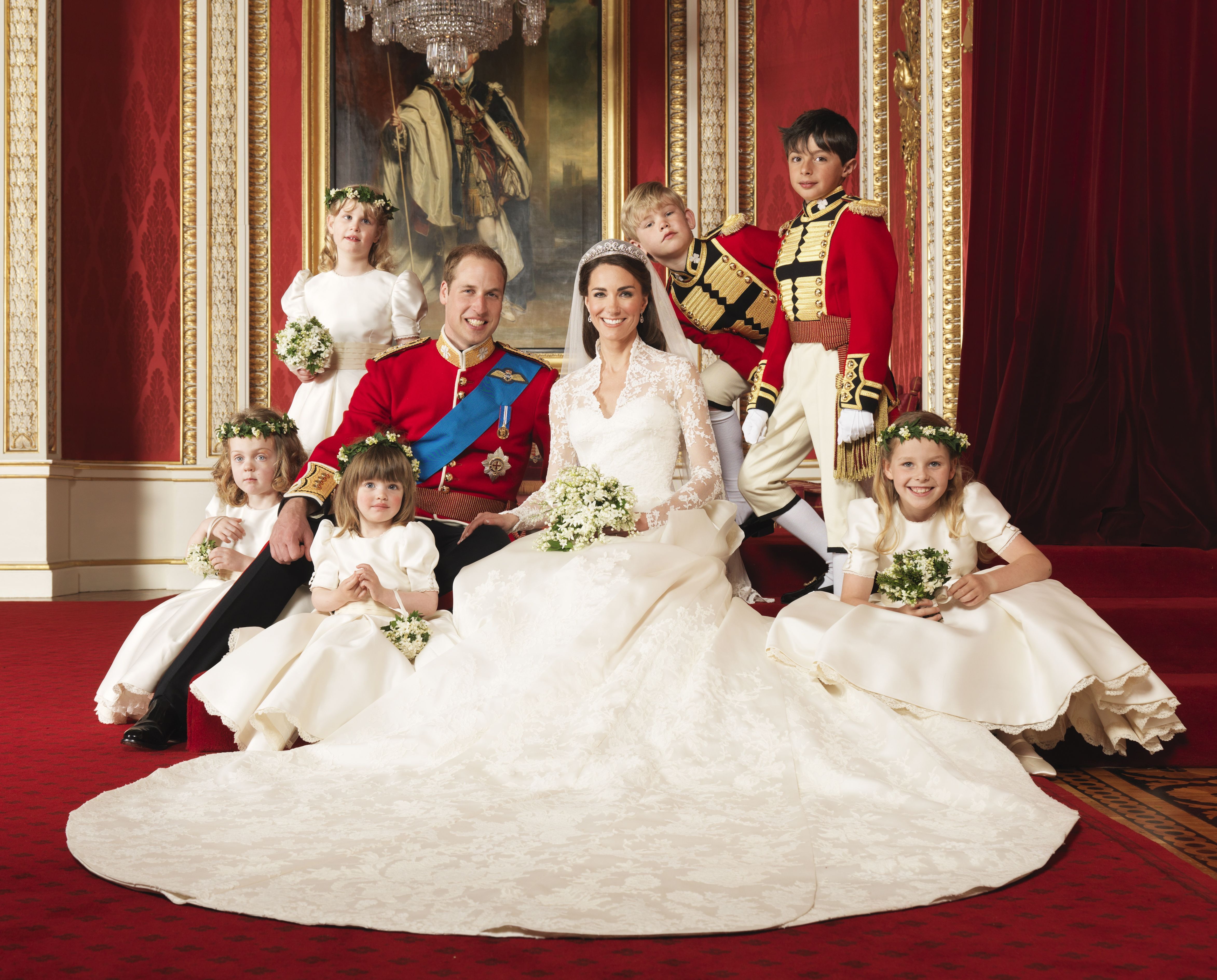 Here Fabulous reveals what became of the youngest members of the wedding party ahead of Kate and William's anniversary tomorrow.

Who can forget the cute and pouty little bridesmaid who seemed less than thrilled to be involved with the high profile event?

“Grumpy Grace” – then three – was centre of attention seven years ago as she scowled through the day, but she quickly a firm favourite of royal fans. 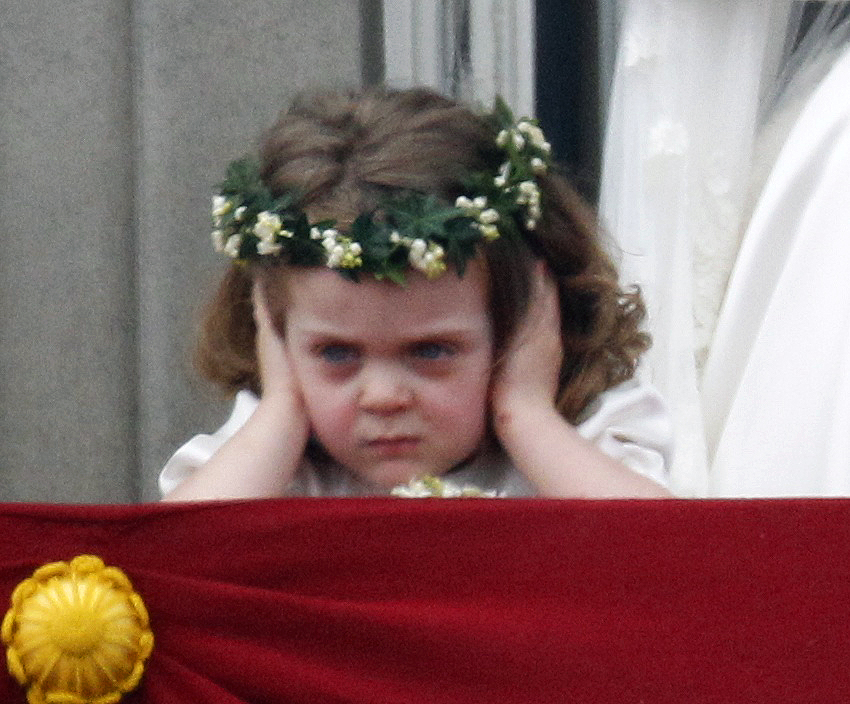 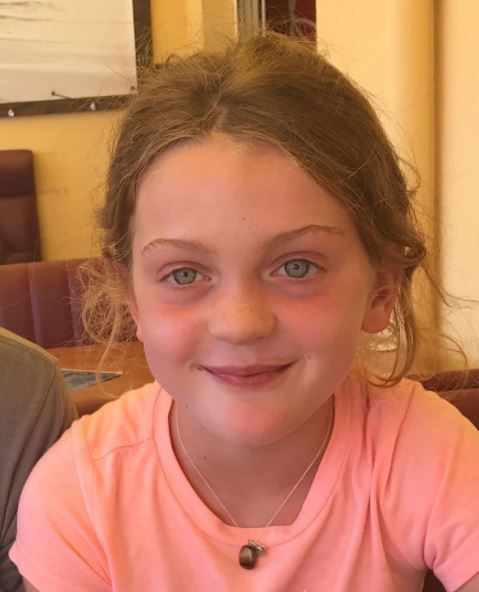 She was chosen as Prince William is close friends with her dad Hugh van Cutsem, and the royal is even her godfather.

They’ve been BFFs since childhood as Hugh’s late father, Hugh Snr, was Prince Charles’ best friend from university, while his father trained horses for the Queen (it’s a small world when you’re royal).

Grace, now 13, is a big sister to brothers Rafe and Charlie and, after being homeschooled by her mum Rose during three months in Sri Lanka in 2018, now attends a private school near the family home in Oxfordshire.

Rose, an entrepreneur and member of the Astor dynasty, used to document the kids’ lives on Instagram, but these days keeps Grace largely out of the public eye. Thankfully, though, her shining moment on the Buckingham Palace balcony will go down in history.

One of the two cheeky pageboy at the royal wedding, Tom Pettifer was just eight-years-old when he accompanied Kate Middleton down the aisle.

He is the son of Princes William and Harry’s former nanny Alexandra 'Tiggy' Pettifer, caring for the boys from 1993 to 1999, very important years in their lives following their mother Diana's death in 1997. 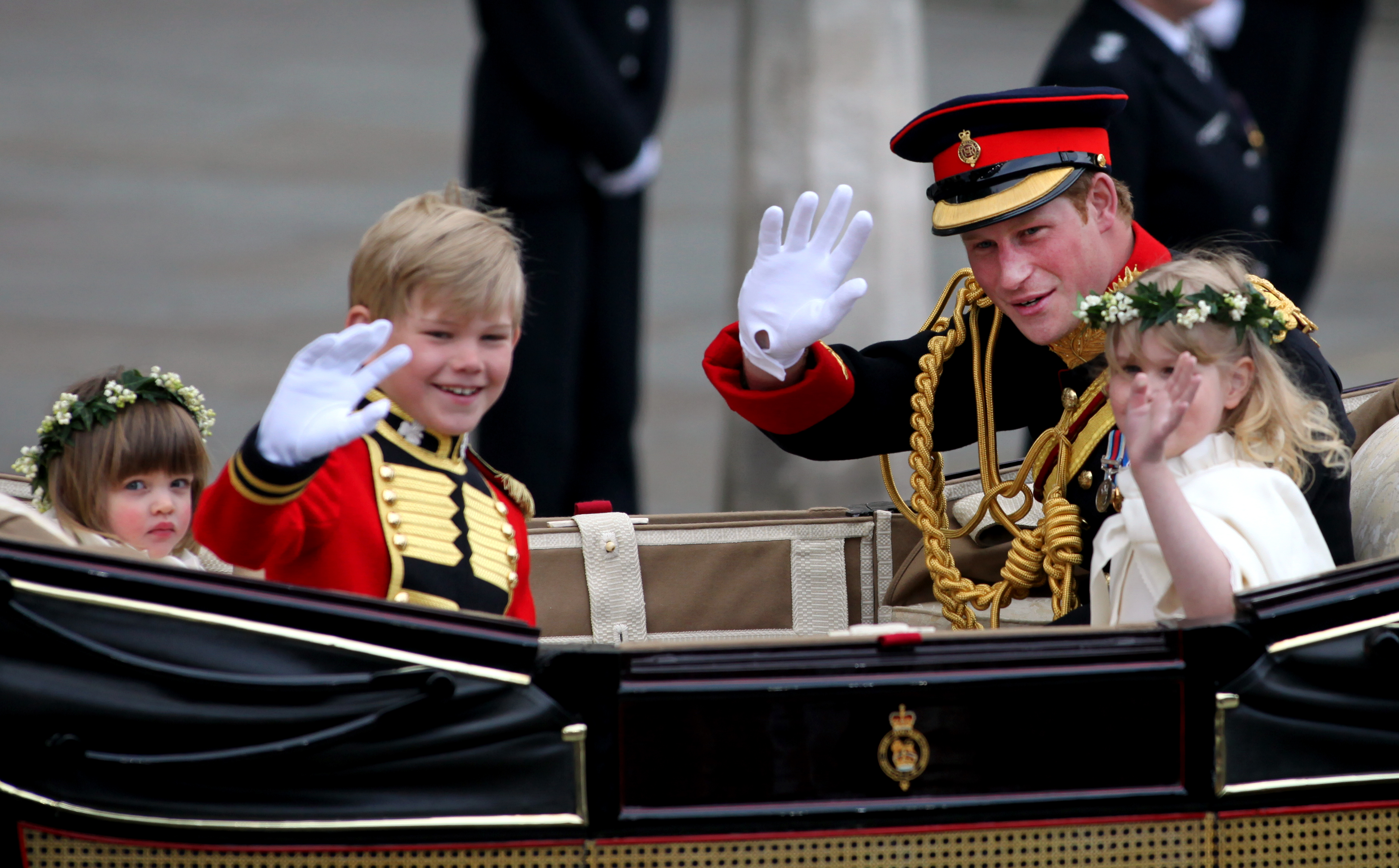 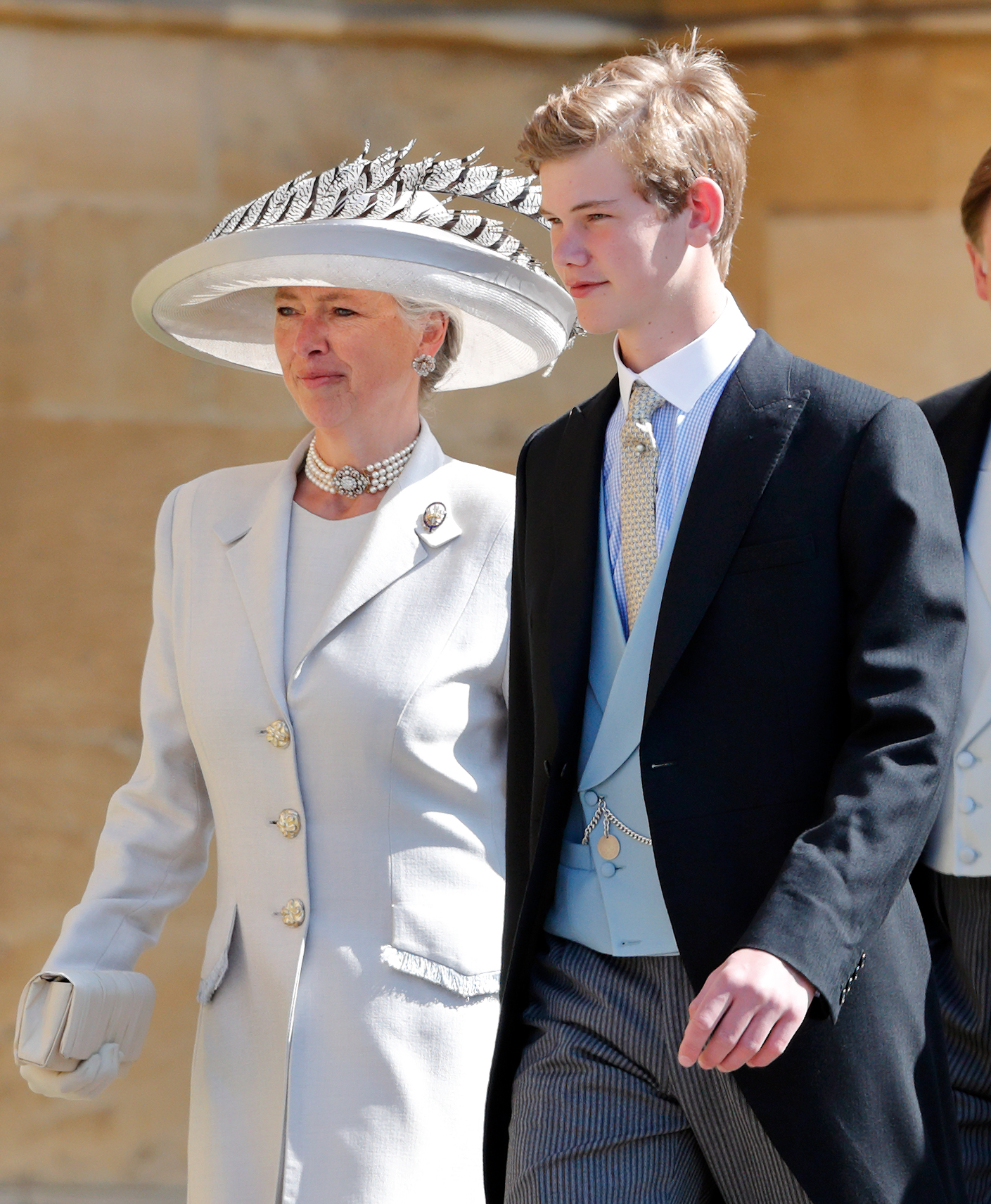 She had a controversial stint as a nanny, and often made headlines where tension between her and Princess Diana was apparent, with Pettifer once referring to Harry and William as 'my babies'.

The nanny often went on holidays abroad with the princes, and William once asked her to attend his July 4 celebrations at Eton School in place of his parents.

Prince Harry is Godfather to Tom and he was seen attending his wedding to Meghan Markle, alongside his mum Tiggy in May 2018.

A seven-year-old schoolgirl when she took part in the royal wedding, the daughter of Prince Edward and Sophie Countess of Wessex is now 17 and studying for A levels in English, history, politics and drama.

Pre-pandemic, she had started to carry out occasional royal duties with her parents, including an official visit to Bristol Zoo with her folks and younger brother James Viscount Severn in 2019 – and she has been seen at several high-profile royal celebrations over the years. 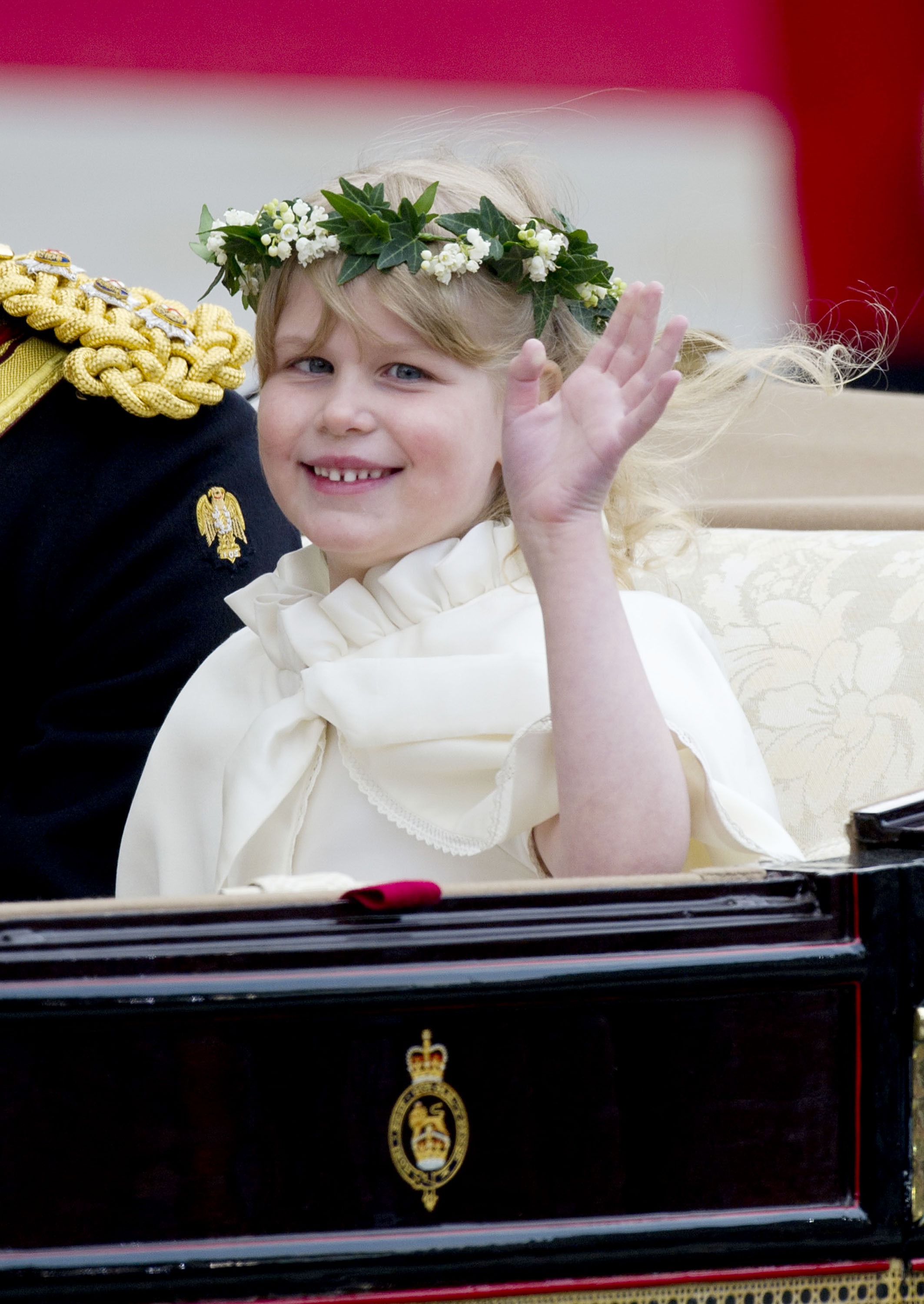 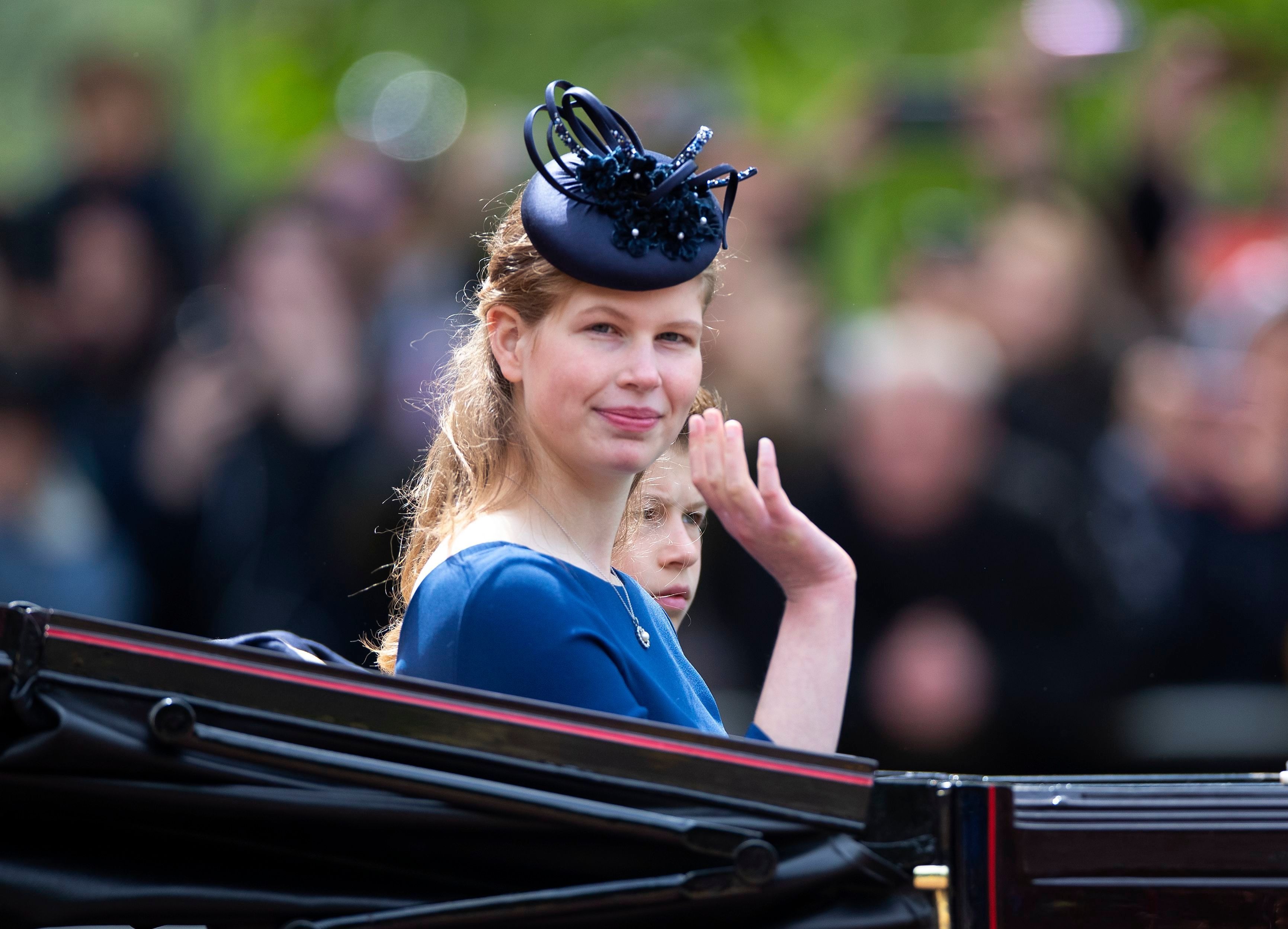 Sources close to The Firm say she is the Queen’s favourite grandchild, which might explain her prominent position in a family picture taken by renowned photographer Annie Leibovitz to mark Queen Elizabeth’s 90th birthday in 2016, and why she was also spotted at HRH’s 92nd birthday celebrations at the Royal Albert Hall two years later.

But our fave sighting of the young woman 14th in line to the throne was in 2018 when, to celebrate her 15th birthday, she and mum Sophie made an appearance on Strictly Come Dancing, as they cheered from the side of the ballroom.

Granddaughter to Camilla, Duchess of Cornwall, Eliza was just three years old at the royal wedding.

She is the daughter of Laura Rose Lopes, one of William and Harry’s step-siblings from Camilla’s previous marriage to Andrew Parker Bowles. 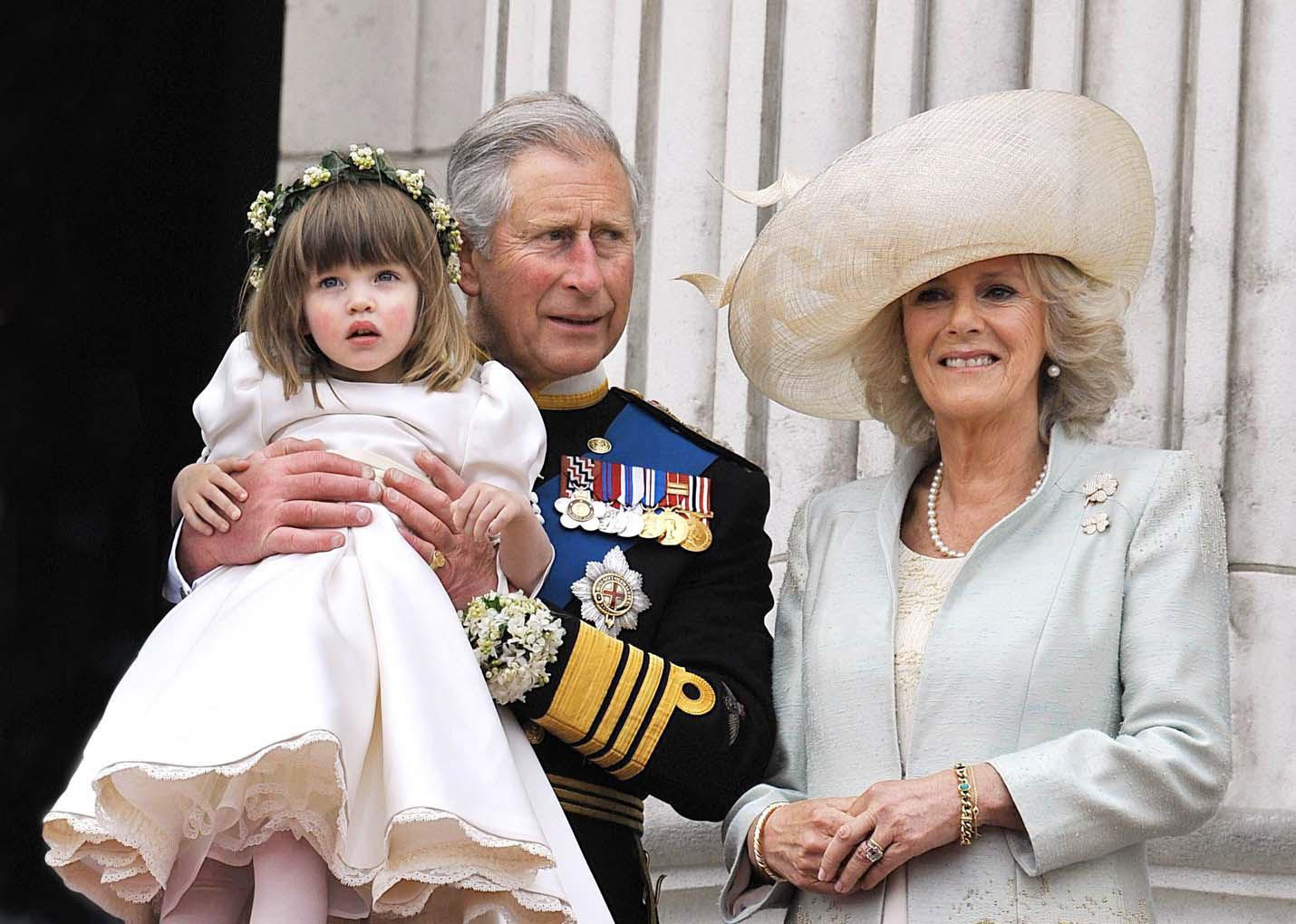 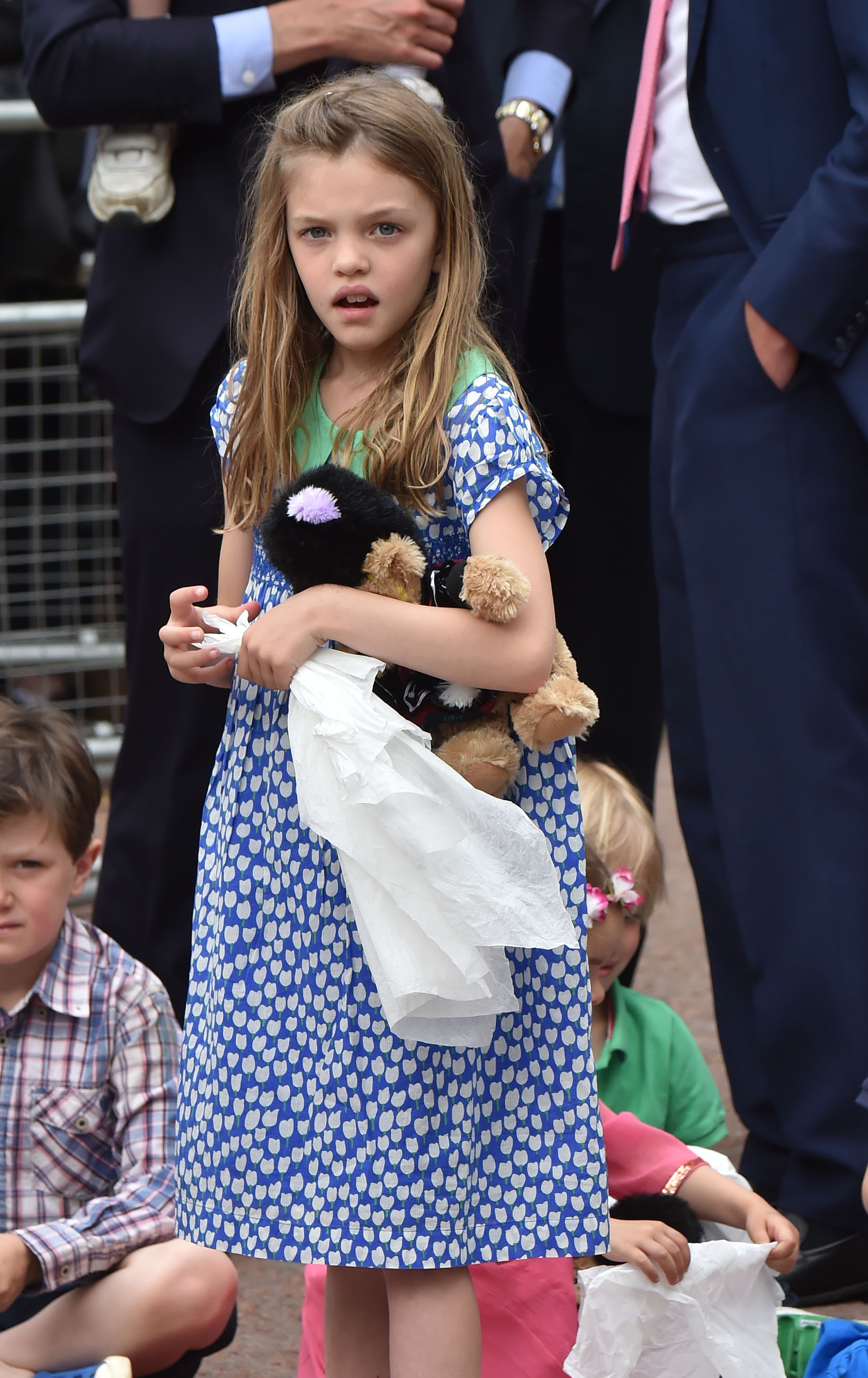 Now 13, Eliza is a big sister to twins Gus and Louis, and with her blue eyes is a dead ringer for Camilla, who sounds like the dream granny.

Of being a grandma, Camilla said: “It’s very nice because you haven’t got the full responsibility. You can give them a wonderful time, spoil them, give them all the things their parents won’t allow, then give them back again.”

The eldest bridesmaid, Lady Margarita was eight years old when she walked up the aisle before Kate. 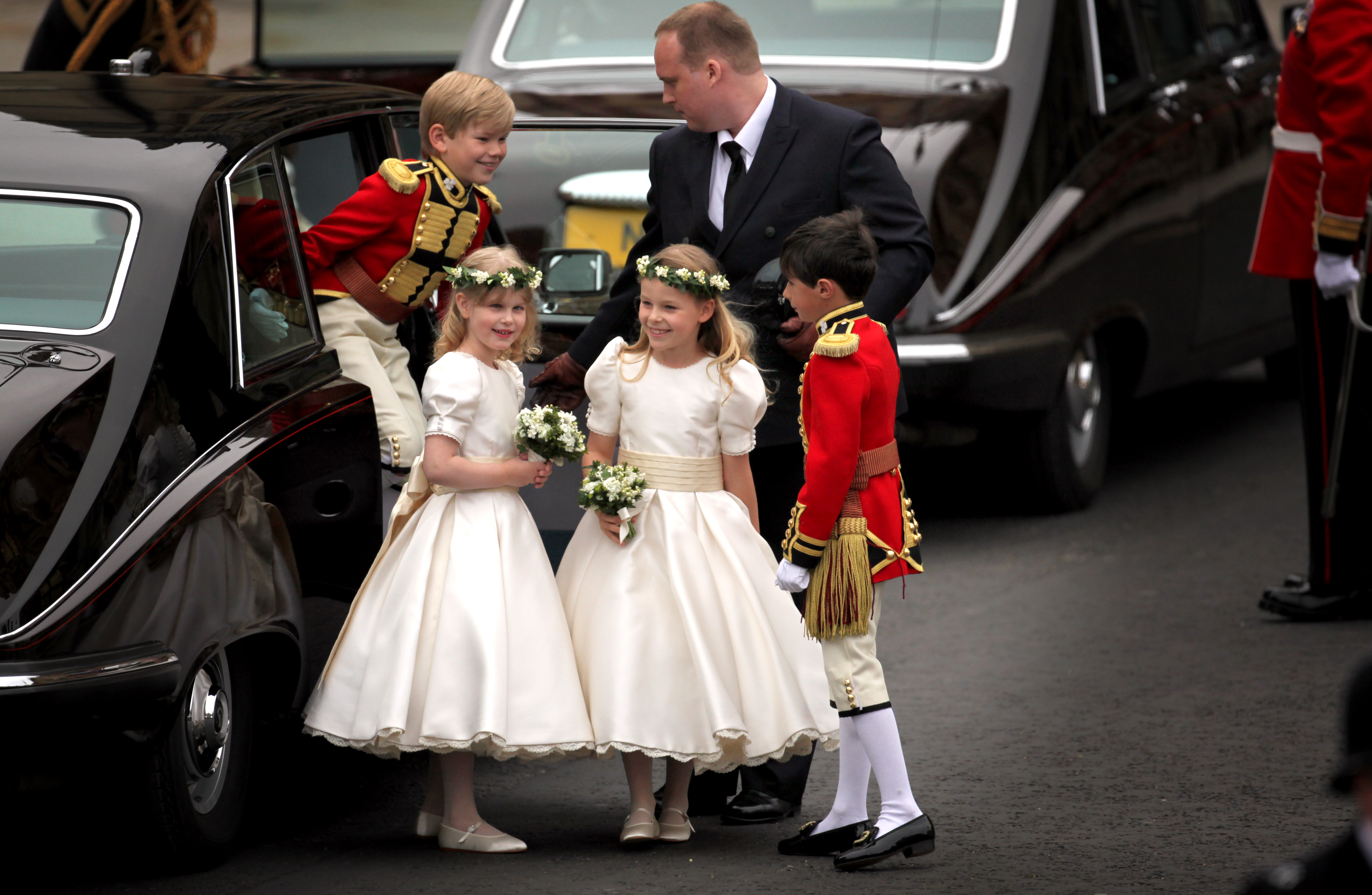 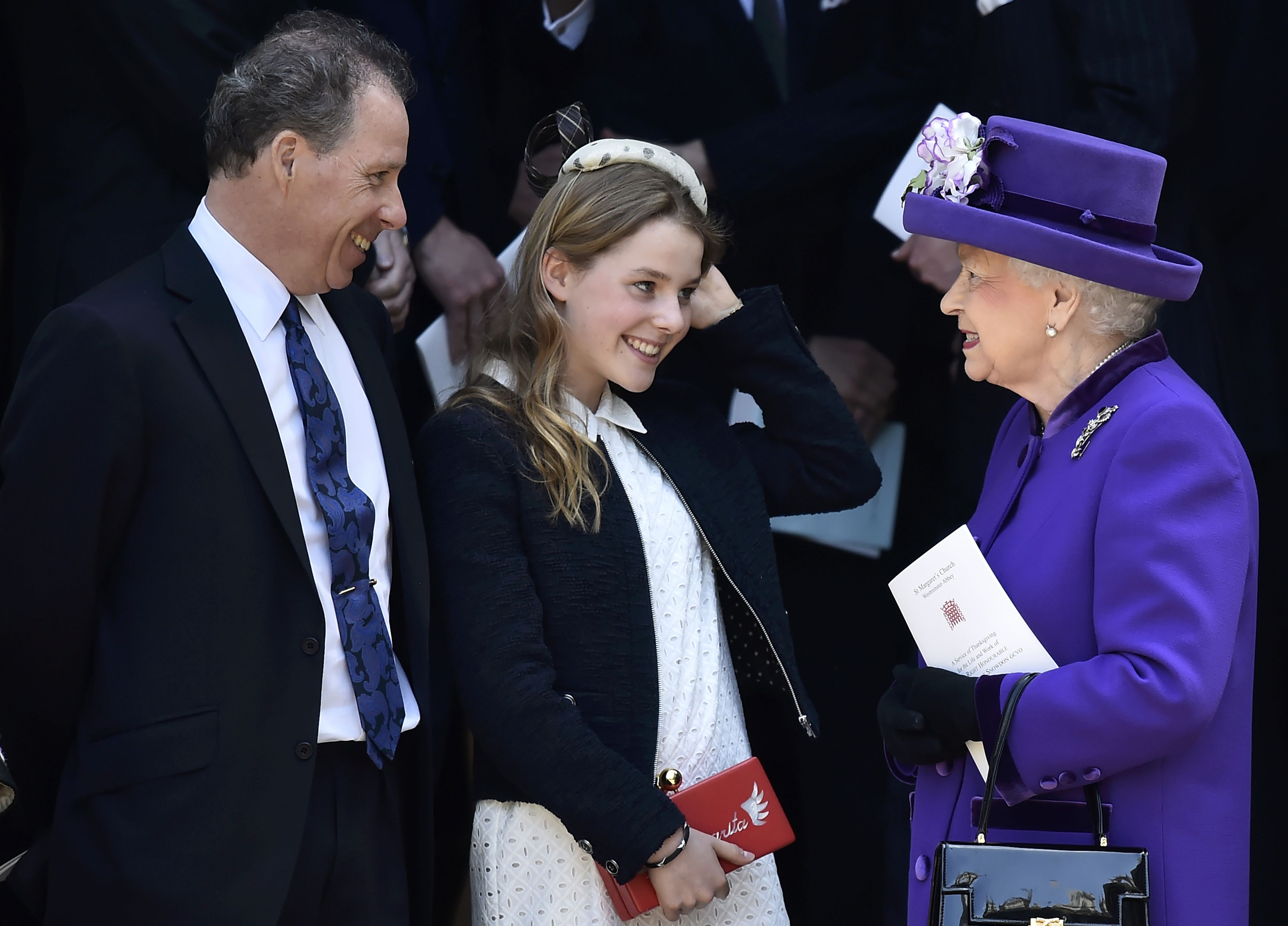 Margarita has dipped her toe in the fashion world and modelled for a fashion show in aid of Kids Company, organised by Chelsea Ballet Schools, and attended a Dior Cruise show at Blenheim Palace last year.

She previously studied at Tudor Hall School in Banbury and is now living in Chelsea.

The second pageboy to flank Kate was William Lowther-Pinkerton.

Just ten at the time of the nuptials, William is the son of the Duke and Duchess of Cambridge’s former royal aide Jamie Lowether-Pinkerton. 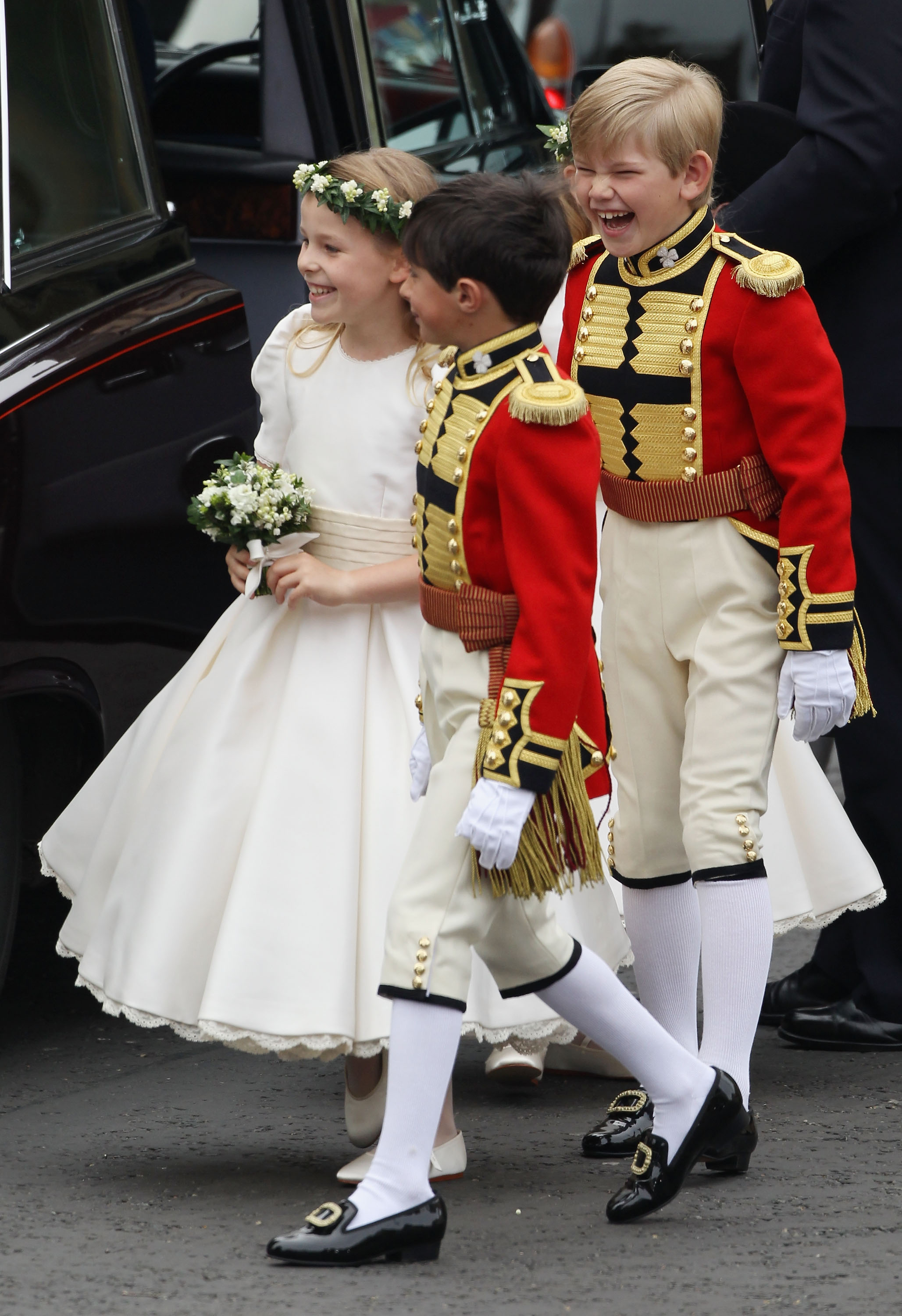 The former Army officer was private secretary to the couple as well as Prince Harry for eight years.

He left in 2013 but remains a close confidant and chairs the steering committee for the Princess Diana memorial statue.

Now 20, it seems that his son William has taken a backseat when it comes to the spotlight – avoiding the public eye while growing up.

In other royal news, the Queen has made a heartbreaking change to her social media following Prince Philip's death.

And the Queen released heartwarming new pics of her looking affectionately at Prince Philip to honour his legacy.

Plus Kate Middleton’s touching nod to Diana AND the Queen as she wears pearl choker Monarch loaned to Princess.