THERE'S nothing like finding a bargain dupe that's as good as its pricier counterpart.

But one mum has claimed she's found a £1 "tangle teezer" hairbrush that's "much better" than the £12 branded original. 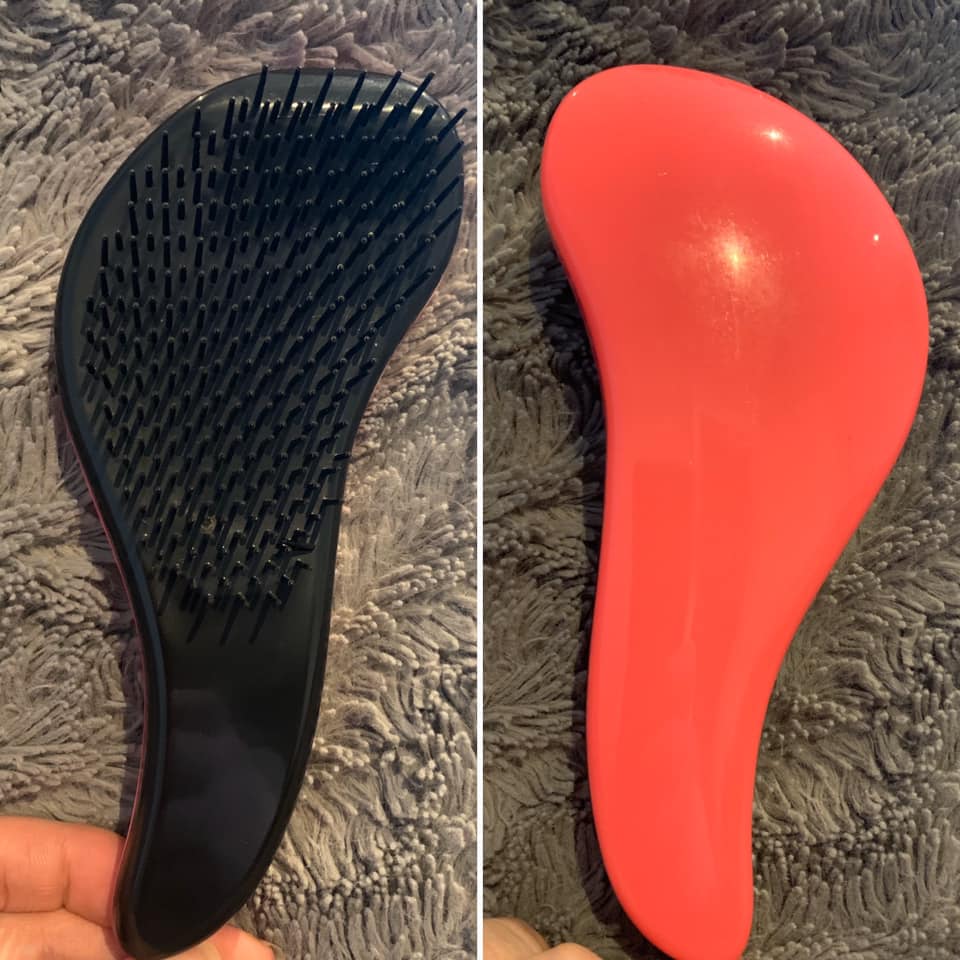 Posting in Facebook group 'Extreme Couponing and bargains UK', the woman called Stacey revealed how she had purchased the very similar dupe in Poundland.

Captioning a snap of the affordable product, she wrote: "Poundland's version of the Tangle Teezer hairbrush.

"This works much better than the brand one. I have a daily nightmare with my three-year-old's hair.

"But this brush is fantastic and makes life so much easier. It’s only £1."

Her post was popular with fellow members who left dozens of 'likes'.

One person wrote: "These are the best thing ever combined with de-tangler spray.

"I use this on my daughter's hair and [it] makes brushing her hair in the morning a dream."

A third shared: "I love these. Bought a branded one and this is a lot better."

This works much better than the brand one. I have a daily nightmare with my three-year-old's hair.

And a fourth added: "I love mine, my hair goes half way down my back and this brush is a godsend."

However, some people warned that the brush "hurt" their heads.

One person noted: "This flipping hurts my scalp!! Its like brushing with needles."

Another admitted: "I find these too hard and hurt my scalp."

This prompted the mum to suggest: "Lots of people are saying some of these are very scratchy.

"This one isn’t… so maybe open it and feel it before you buy."

In other beauty news, we told you how shoppers are raving about a "miracle" Amazon shampoo and conditioner that fights hair loss.

And Next's £14 Aura perfume "smells just like Thierry Mugler's Alien" – but it's a fifth of the price.

Amazon’s Best-Selling Down Jacket Is on Sale

Rebecca Minkoff Labor Day Sale: Save an Extra 20% Off All Sale Items