Home » Beauty and Fashion » Queen’s Trooping the Colour birthday celebrations could be cancelled due to coronavirus spread, says royal expert

THE Queen’s annual birthday celebrations could be cancelled for the first time in 65 years due to coronavirus fears.

Experts fear that Trooping the Colour, which is set to be held on Saturday June 13, may not go ahead in light of the recent outbreak. 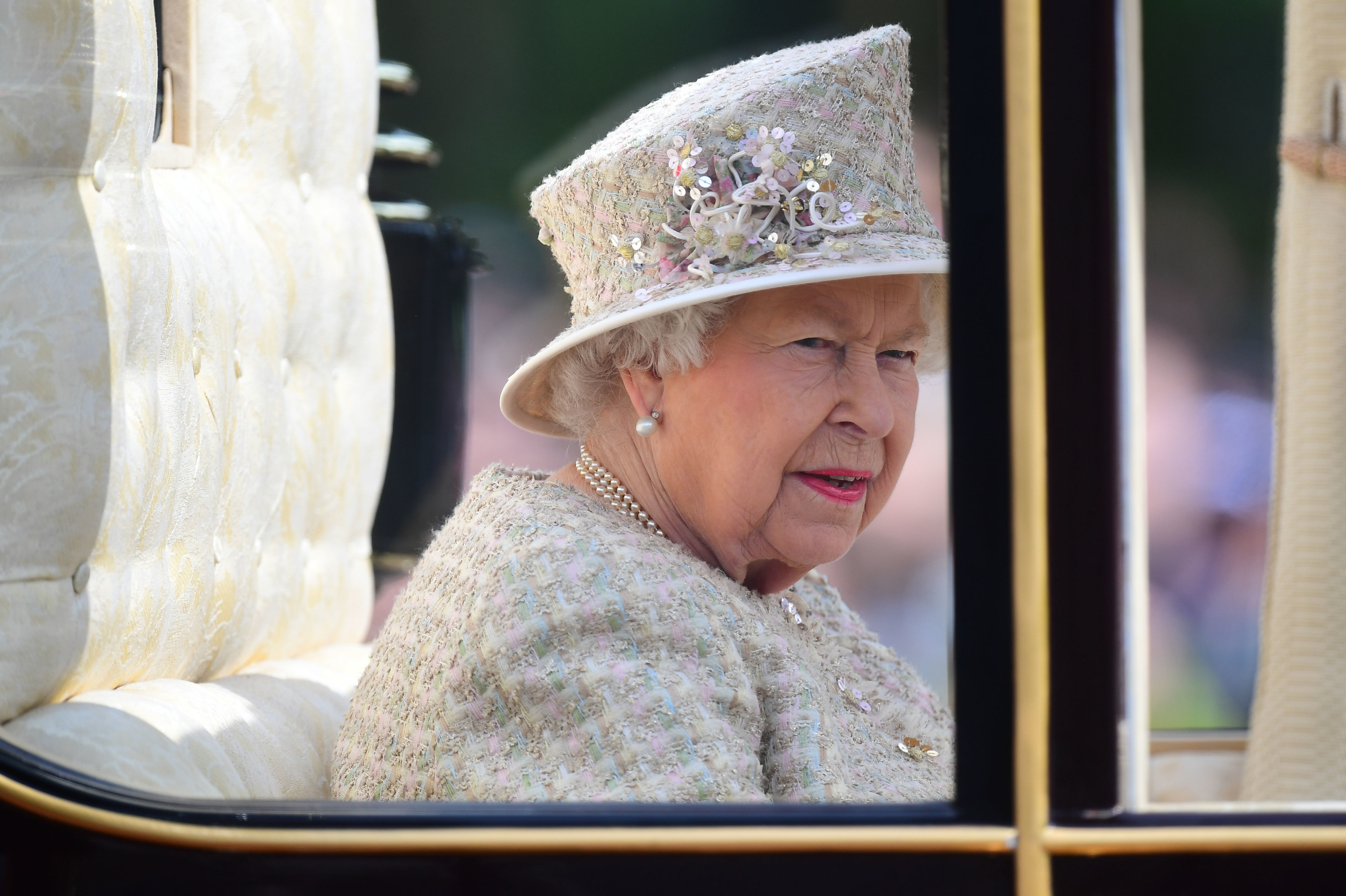 The Queen is set to celebrate her 94th birthday at the public bash, which sees hundreds of thousands line the streets around Buckingham Palace.

Although her actual birthday is on April 21, her official celebrations take place in June at the large-scale public event.

In the last 24 hours the UK has seen an enormous 35 per cent increase in cases of the deadly coronavirus.

At a press conference this week, after an emergency Cobra meeting on the pandemic, graphs predict the number of infections suddenly rockets in about two months' time. 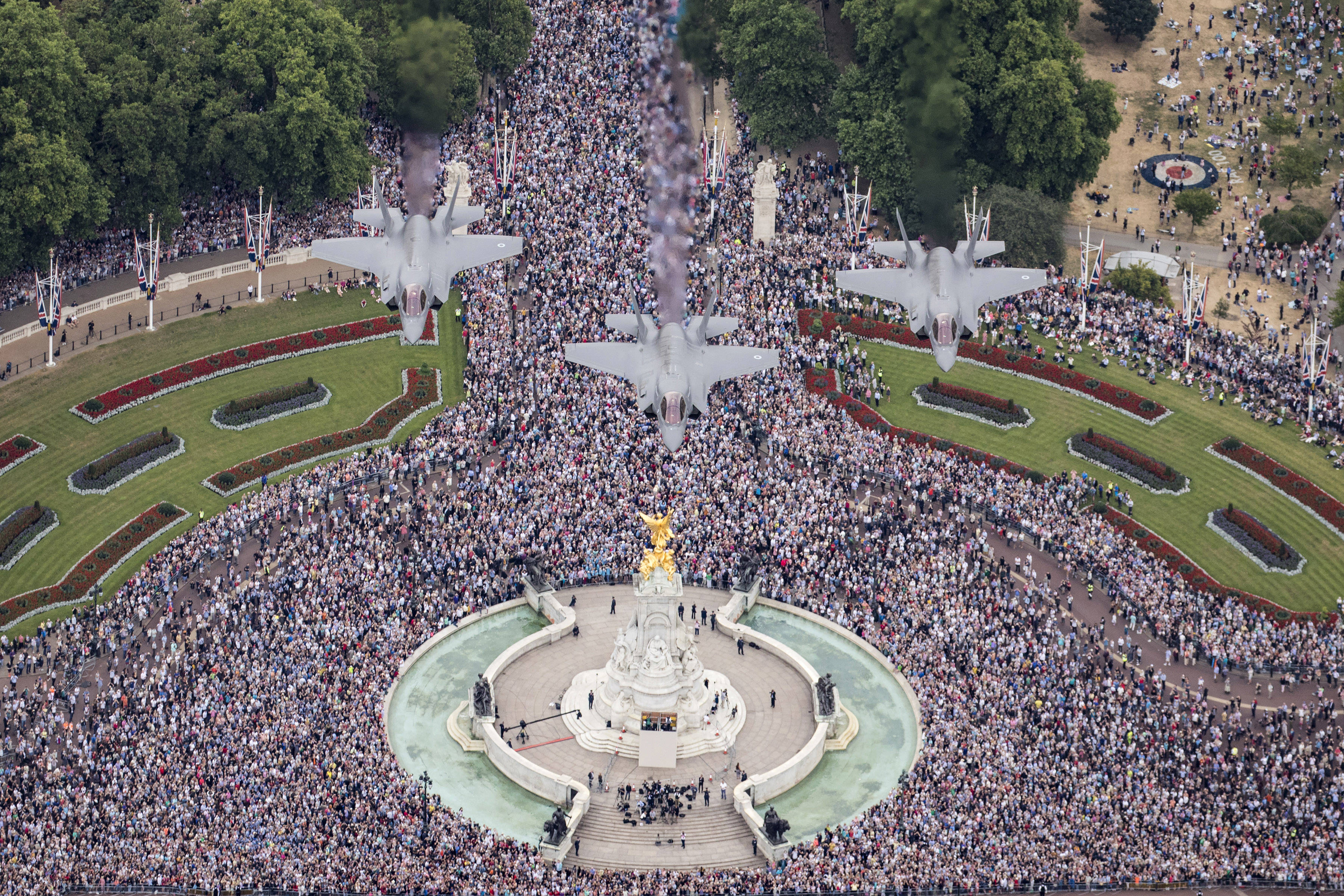 He said: “If the situation worsens I can see large events like Trooping the Colour being cancelled.

“Apart from her own safety the Queen would not want to put thousands of people in jeopardy who line the streets." 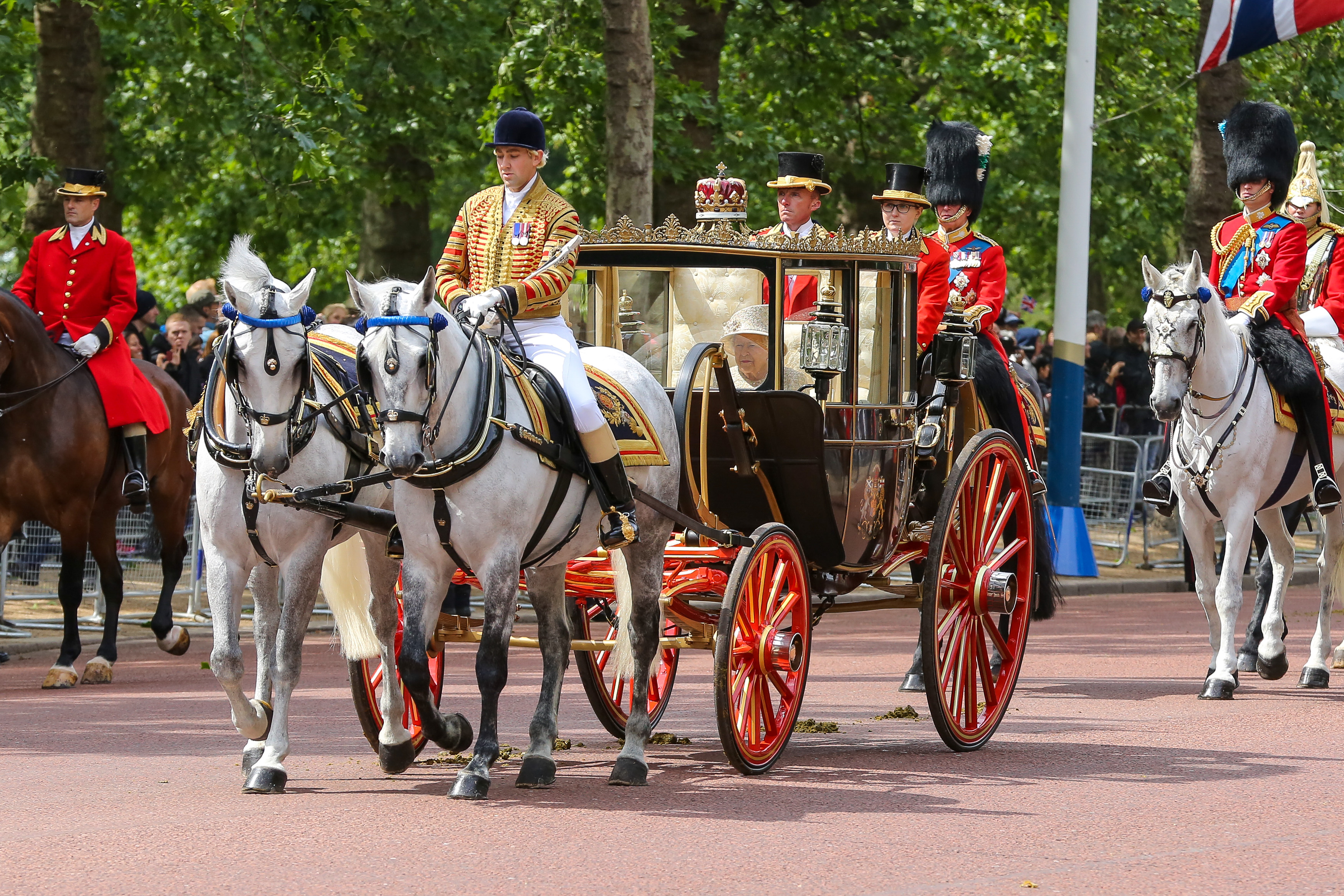 A spokesperson for Buckingham Palace said they judge all events on a case by case basis and consult with all appropriate parties, but did not confirm if the event will be cancelled or going ahead.

The parade typically involves around 1,400 soldiers marching and riding from the Horse Guards Parade to Buckingham Palace, before the royal family watch the Royal Air Force fly-past on the balcony at Buckingham Palace.

The last time the event was cancelled was in 1955 due to a national rail strike. 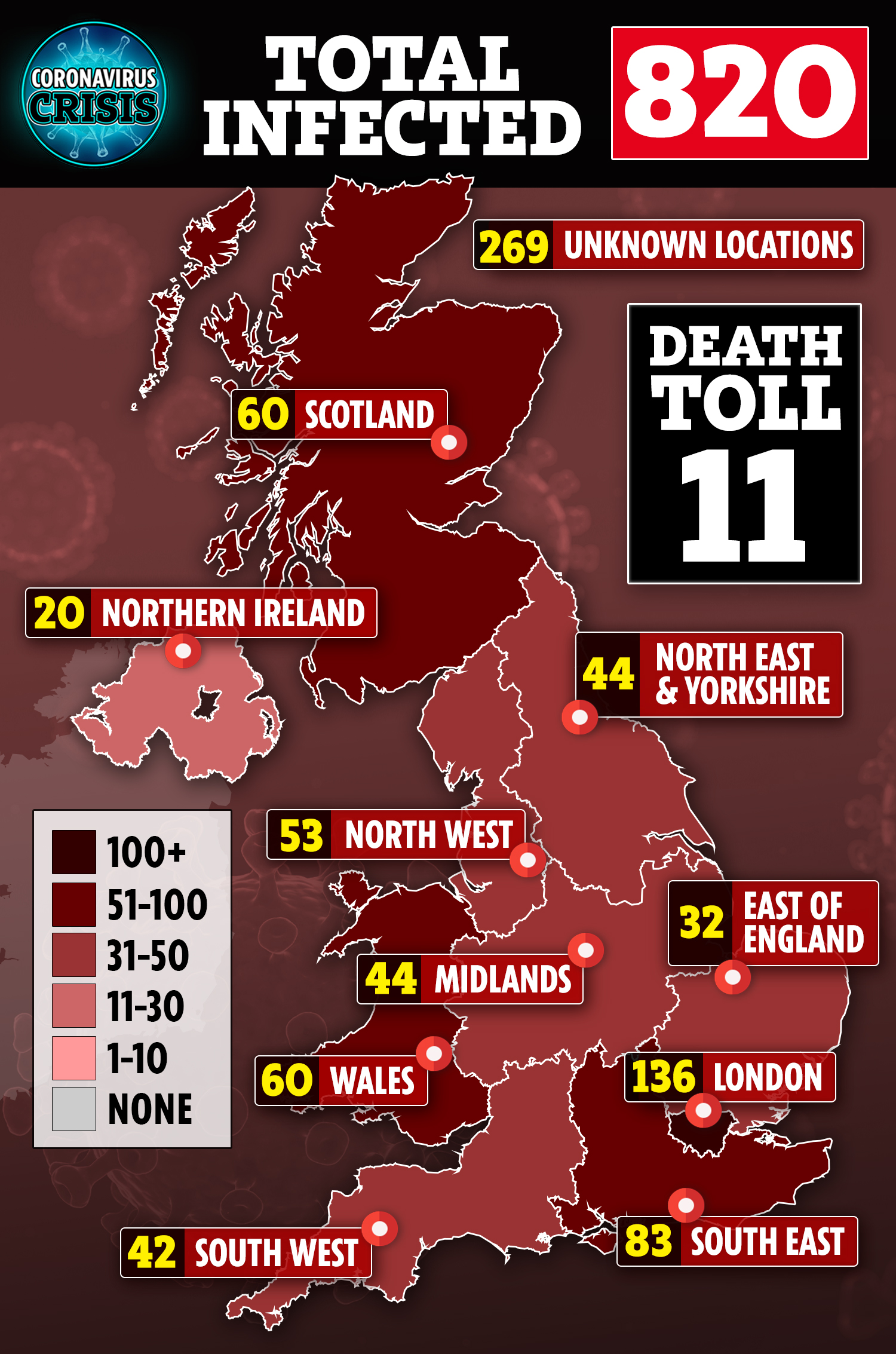 The UK coronavirus death toll rose to 11 with yesterday's confirmed cases up 208 to 798, the biggest daily leap yet.

Prime Minister Boris Johnson said schools would not close yet despite almost 600 people catching the virus, with 20 positive cases in Northern Ireland.

The London Marathon, which was due to take place on April 26, has been pushed back to October 4 in light of the virus spread.

The Premier League also bowed to pressure and announced they are suspending the season for three weeks amid the coronavirus outbreak.

US music festival Coachella has also been delayed, although Glastonbury’s team are hoping their event can go ahead in late June.

BRITS are being told to do their duty for the country's coronavirus effort and self-isolate for seven days if they have a mild cough or cold.

Anyone with even mild symptoms should not leave home for seven days from when their symptoms start to stop the virus spreading.

People staying at home for seven days should stay at least two metres away from people whenever possible, according to Public Health England's guidelines.

They should also sleep alone – as well as wash their hands regularly for 20 seconds with soap and water.

The World Health Organisation (WHO) has declared the outbreak a global pandemic as more than 140,000 people have been diagnosed with the killer bug across 114 countries.

One of the country's top scientists said today that millions of Brits need to catch coronavirus so we can develop "herd immunity".

Around 60 per cent of the UK population will need to become infected to prevent another more aggressive outbreak of Covid-19.

Ireland yesterday announced all schools there would close until the end of March to stop the infection taking hold.

7 of The Best Sustainable Sheet Masks