BATHROOM renovations can be some of the most satisfying – but even more so when they're done for extremely cheap with incredible results.

Kayleigh Anne Lloyd managed to do just that and completely transformed her grotty, run-down bathroom into a modern and sophisticated space using bargains from B&M and eBay. 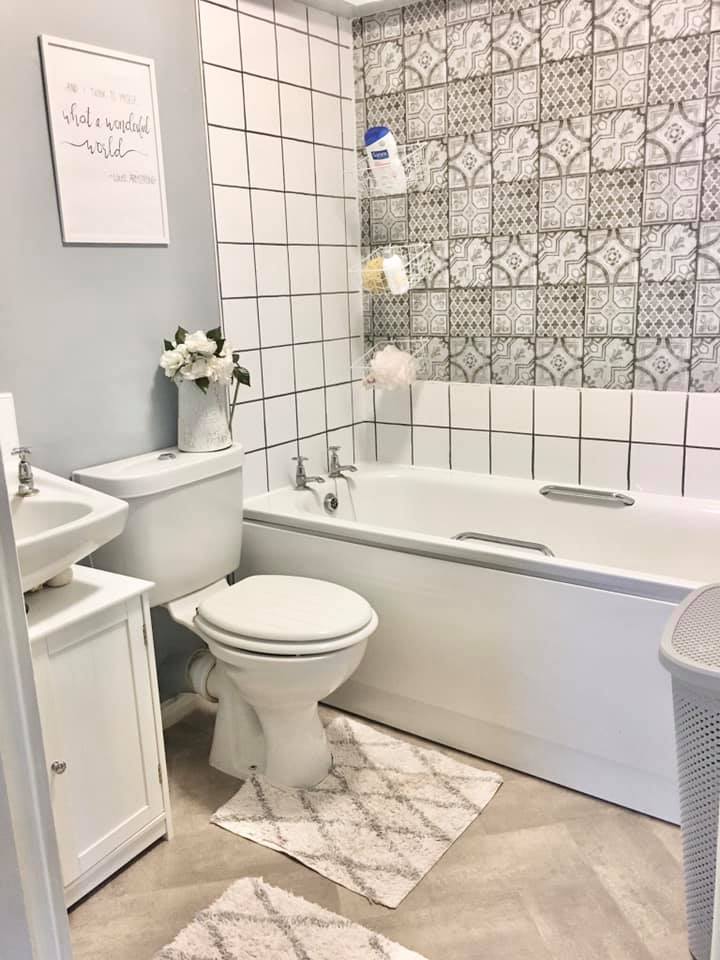 The mum revealed that she is a first time tenant on a council property and the property was a mess when she moved in, so it was in much need of some sprucing up.

But she had a lot of hard work ahead of her as the bath panel "had rotted so much it fell apart" when she took it off, she explained, but was eager to get the results she so desperately wanted.

Understandablyproud of her efforts,the DIY fan showed off before and after snaps which revealed the horrendous state of the bathroom before the renovation.

The tiles were chipped and panelling was coming off the walls, with the entire space littered with cracks and tiny holes. 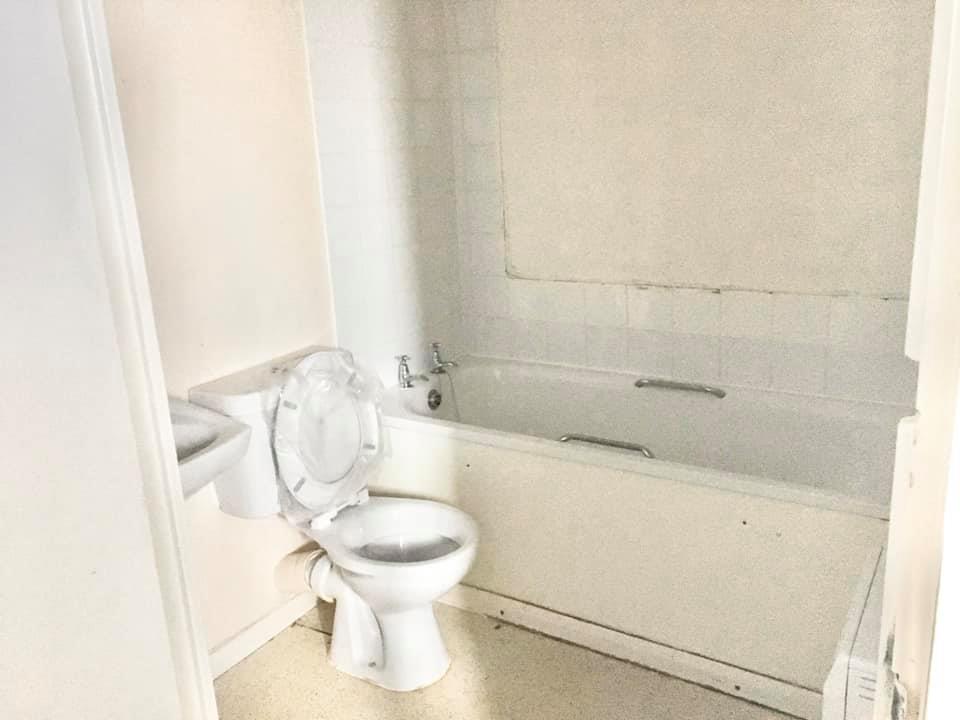 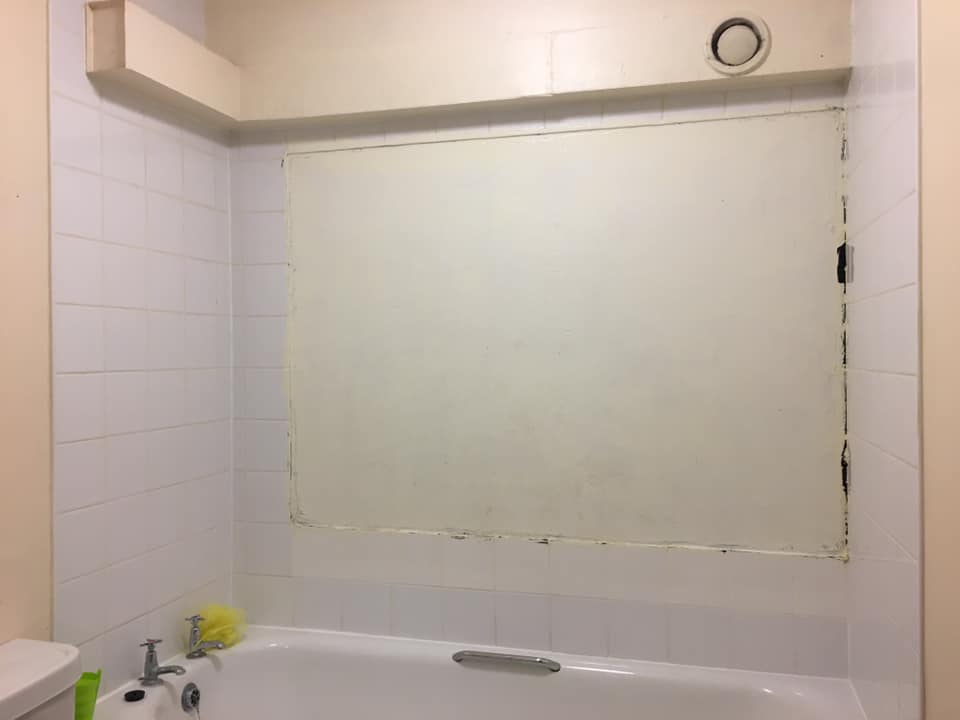 But despite all of that, Kayleigh now has a stunning new bathroom featuring lush grey tones and modern detailing.

She covered and entire wall using adhesive tiles she pickedup from eBay and even patched the damaged wall herself using spray adhesive, she revealed.

Gone was the rotten bath panel, too, as Kayleigh even replaced that with a new one from Screwfix – and it all looks incredible.

Sharing in the  DIY On A Budget, Facebook group, she said: "I’m a first time tenant on a council property and it was a complete mess when I moved in. 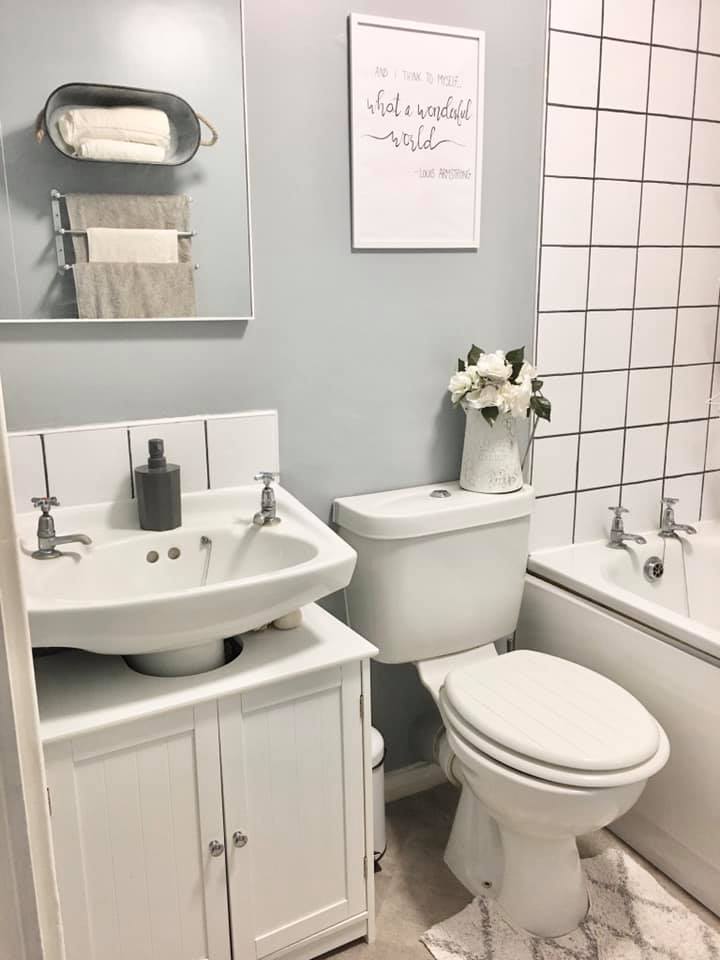 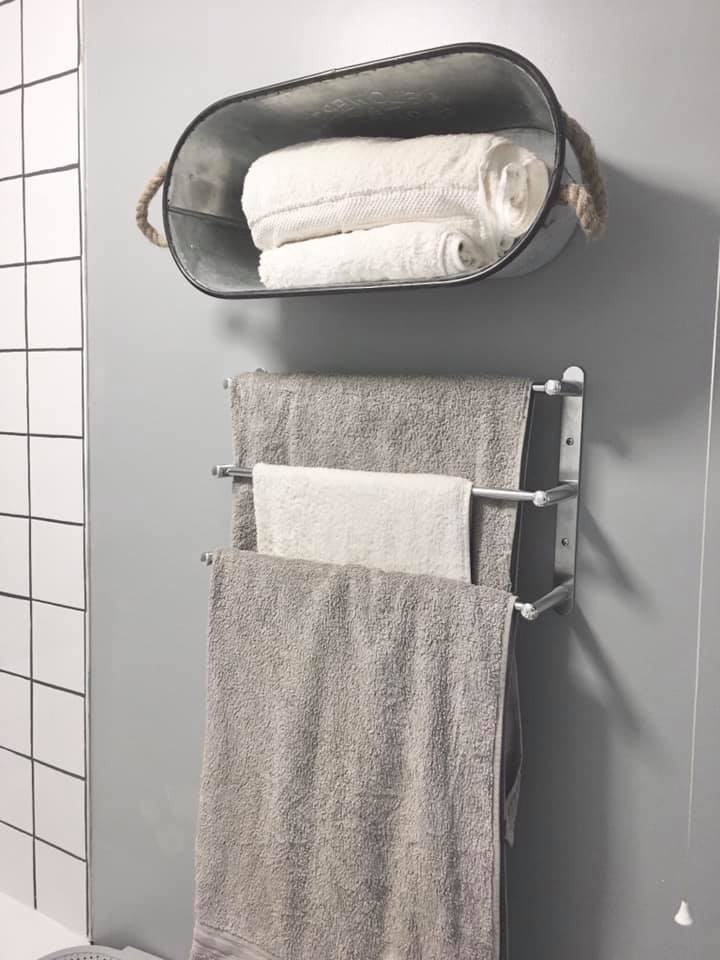 "The bath panel had rotted so much it fell apart when I took it off. It’s been hard work to make it a home but I’ve finally finished and would like to see what you think. These are my before and after photos of my bathroom.

And added: " I used adhesive floor tiles and spray adhesive to hide the horrible patch of wall. I turned my garden planter into a towel holder."

Members of the group were blown away by Kayleigh's efforts, and the bathrooms new look, too.

The post has racked up almost 2k likes and hundreds of comments from people praising her hard work.

And a third added: "Lovely, I love your towel holder idea its fantastic."

We also shared how a savvy DIY fan who couldn’t afford £360 ‘crushed diamond’ coffee table made her own using coasters from The Range.

And a savvy mum shows how she used Poundland and Wilko bargains to create The White Company dupes – and it’s so easy.

Plus a mum shows the unique way she dries her washing outside when it rains and people are instantly on board.