A Place In The Sun presenter Jonnie Irwin, 46, announced the arrival of his and wife  Jessica Holmes’ twins in an adorable Instagram post, which he shared with his 12,000 Instagram followers last Wednesday. However, the star explained at the time that he “had to leave” his other half and their newborn babies shortly after the birth due to coronavirus lockdown restrictions.

Fortunately, the dad-of-three informed fans that he was able to reunite with the trio yesterday after feeling “frustrated” over not being more involved.

Jonnie shared a series of family snaps to celebrate, as the couple prepared to go home.

The first picture showed him and Jessica smiling for the camera alongside their babies in car seats in the hospital.

Jonnie was then pictured in an elevator with a face mask on while holding onto the little ones. 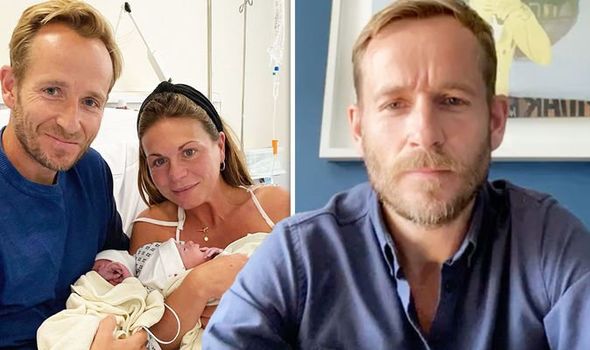 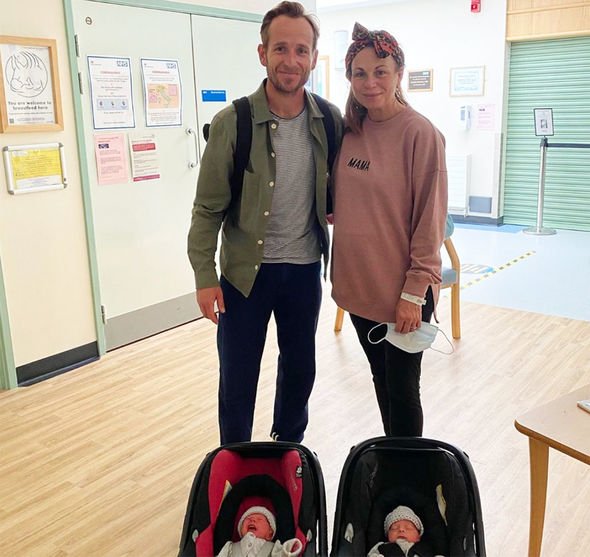 The final snap showed the television personality walking with the twins towards a parked car.

He captioned the post: “Been a little frustrating not being able to help out but the staff at The RVI have been amazing.

“Our NHS is a wonderful thing. Now excited to finally bring mum and our Geordie twins home to meet Rex. 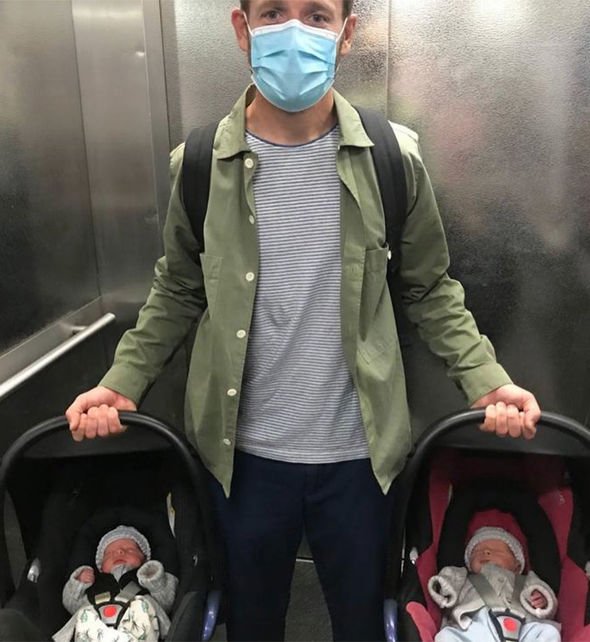 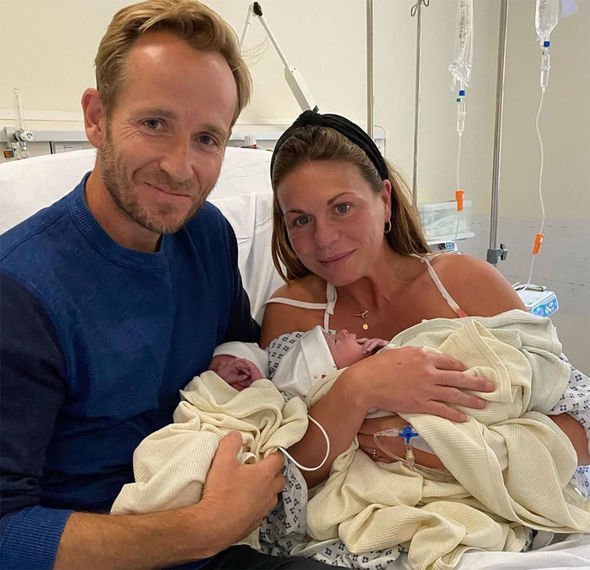 Fans took to the comments section of Jonnie’s post to share their thoughts on his family news.

One person wrote: “Congrats again! So exciting, wishing you all the best.”

A third fan commented: “What a beautiful time in a strange world very lucky xx.”

Jonnie previously gushed over how “proud” he is of Jessica but admitted the couple have acknowledged “having three boys under 18 months” is going to be “hard”.

The pair welcomed their first baby, Rex, on Christmas Day in 2018.

Opening up about the birth of their little ones, Jonnie wrote: “They’ve arrived!

“After a long day in hospital the boys finally decided to make an appearance. They are identical in every way including weighing a good 5 pounds 7 each.”

The proud dad went on to confirm that the couple have not yet chosen names for their sons.

He continued: “No names yet. Jess was her usual magnificent self.

“I’m so proud of her for carrying around what looked like a planet these last few weeks and huge thanks to the amazing staff at The RVI in Newcastle.”

He added: “Due to lockdown restrictions I’ve had to leave mum and twins in the hospital and await their return home so giving Rex as much fun & love as possible.

“We know having 3 boys under 18 months is gonna be hard but it’s better to have a surfeit of good news rather than a deficit. Bring it on!”(sic)

Dolph Lundgren, 62, Hits the Beach with His Fiancee Emma Krokdal, 24