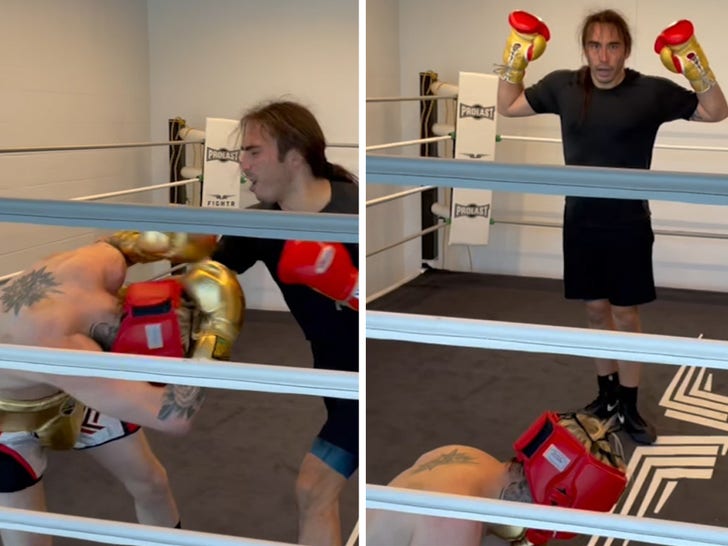 Video of the pop singer getting destroyed by an amateur’s body shot has just surfaced … and, yeah, somewhere Odom’s got to be smiling.

TMZ Sports has learned it all went down on May 4 … when Carter was in a Santa Monica gym prepping for his June 11 Celebrity Boxing tilt with the ex-NBA star.

We’re told Carter was mixing it up with Ian Feiner — a fellow gym-goer who he had sparred with several times before — when he got caught by a right hook to the gut.

The video shows Carter didn’t exactly handle it well … he crumpled to his knees in pain and the session ended just a few moments later.

We reached out to Carter for his side of the story, but so far, no word back yet.

Feiner tells us Carter was “fine overall” … but it’s clear, even though this was over two weeks ago, AC’s going to need some work to avoid a loss to Odom.

You’ll recall … Odom’s looking GOOD in his recent training sessions — and was already the heavy favorite heading into the fight.

Twitter Acquisition of Substack 'Not Going to Happen,' Co-Founder Says