Alan Halsall, 37, who is currently dating former Coronation Street co-star Tisha Merry, revealed a sweet gesture to cheer up his daughter Sienna-Rae while in lockdown amid the coronavirus pandemic. The soap actor’s gesture even made his co-stars and fans well up on Twitter.

When Sienna wants a McD but we’re in lockdown!

While the nation has been advised to stay indoors during lockdown for the coming weeks, Alan cheered a number of fans up after he shared a sweet gesture for his daughter, Sienna-Rae, with his Twitter followers.

The actor said: “When Sienna wants a McD but we’re in lockdown ! #McDaddy,” alongside a photo featuring Alan’s homemade Happy Meal.

The meal that was in a takeaway box with “McDaddy” written on the front, included some chicken nuggets, chips, ketchup, a Fruit Shoot, and a toy for his daughter.

Soon after Alan shared his wonderful gesture with his 283,000 followers on Twitter, co-stars and fans rushed to comment on how “gorgeous” it was. 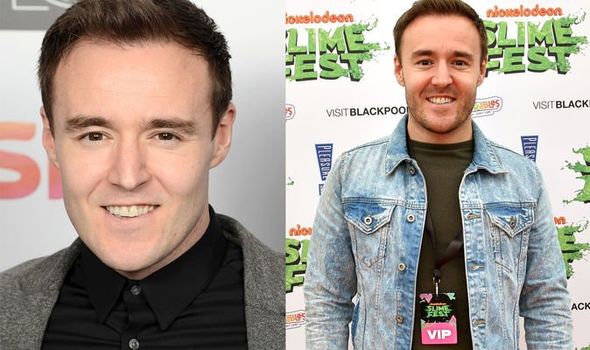 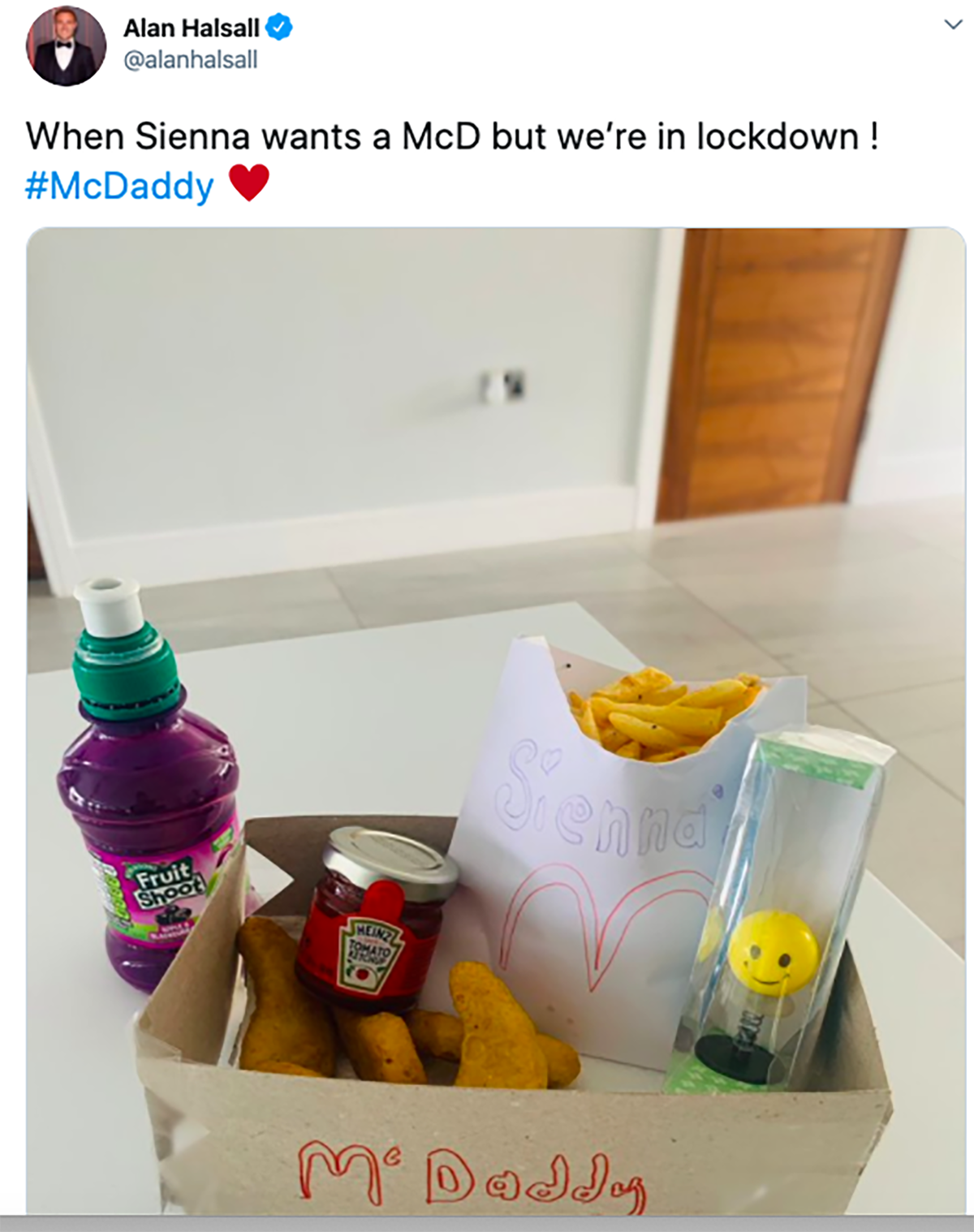 Sally Carman, 38, who plays Abi Franklin and has just announced her engagement to Corrie co-star Joe Duttine, 49, rushed to comment as she wrote: “You are TOO MUCH.”

Following in Sally’s steps, fans began to say how the star made them cry.

One wrote to the star: “That is so gorgeous!! You made me cry!!!” while another told Alan: “Absolutely brilliant well done.”

Going along with the McDonalds theme, one added: “I’m loving it” while complimenting the soap star on his efforts. 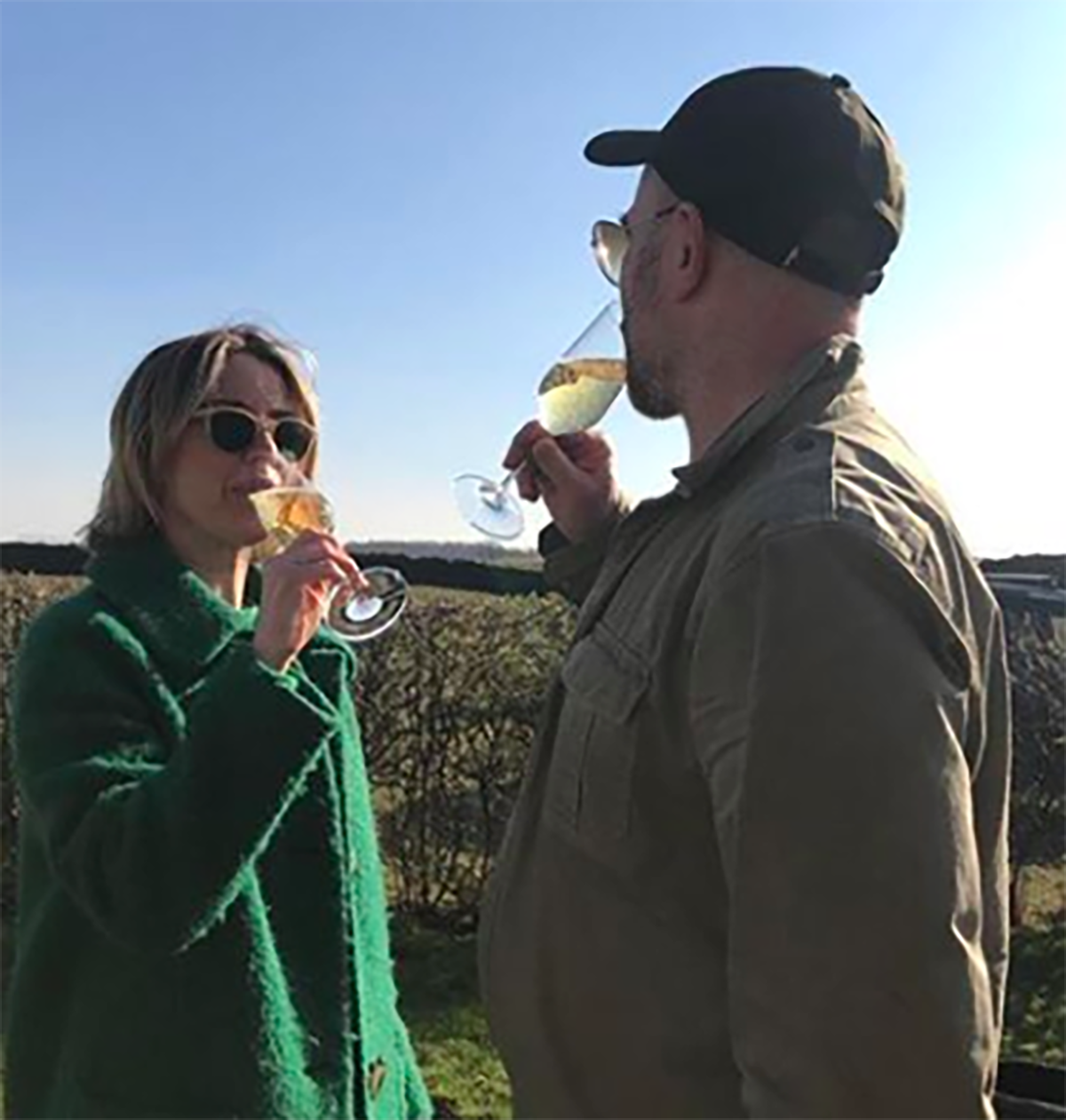 As the comments came flooding in, one even asked Alan if he provided “home delivery” as they hinted that they wanted to treat their children to a make-do Happy Meal.

They wrote: “Do you provide home delivery? (Practicing safe distancing of course).”

Another follower told Sienna to enjoy her meal as they said: “Awh this is so lush!! Enjoy Sienna.”

Once Sally accepted Joe’s proposal, the Tim Metcalfe actor confirmed their exciting news on Twitter to his 24,000 followers.

He wrote alongside a picture of Sally’s emerald engagement ring: “She said yes everyone, convid 19 can f*** off.” (sic)

In response to Joe’s statement, Sally retweeted the photo onto her timeline and confirmed her answer as she wrote: “I did.”

The soap stars were seen with glasses of champagne to celebrate their happy news.

Sally then followed in her now-husband-to-be’s steps as she wrote to her 33,000 Instagram followers: “So this happened… #yes.”

Soon after the happily engaged couple broke the news to their online worlds, co-stars and fans of the TV stars shared their congratulations messages.

Former Coronation Street star Kym Marsh wrote to the couple on Twitter: “Yayyy congratulations,” while Jane Danson, 41, who stars as Leanne Battersby, added: “Congratulations. So happy for you both xxxx.” (sic)

After Jane’s wished the couple her congrats, Sally then responded with: “Thanks Jane!”

Marshmello & Halsey Share Stripped Down Version Of ‘Be Kind’