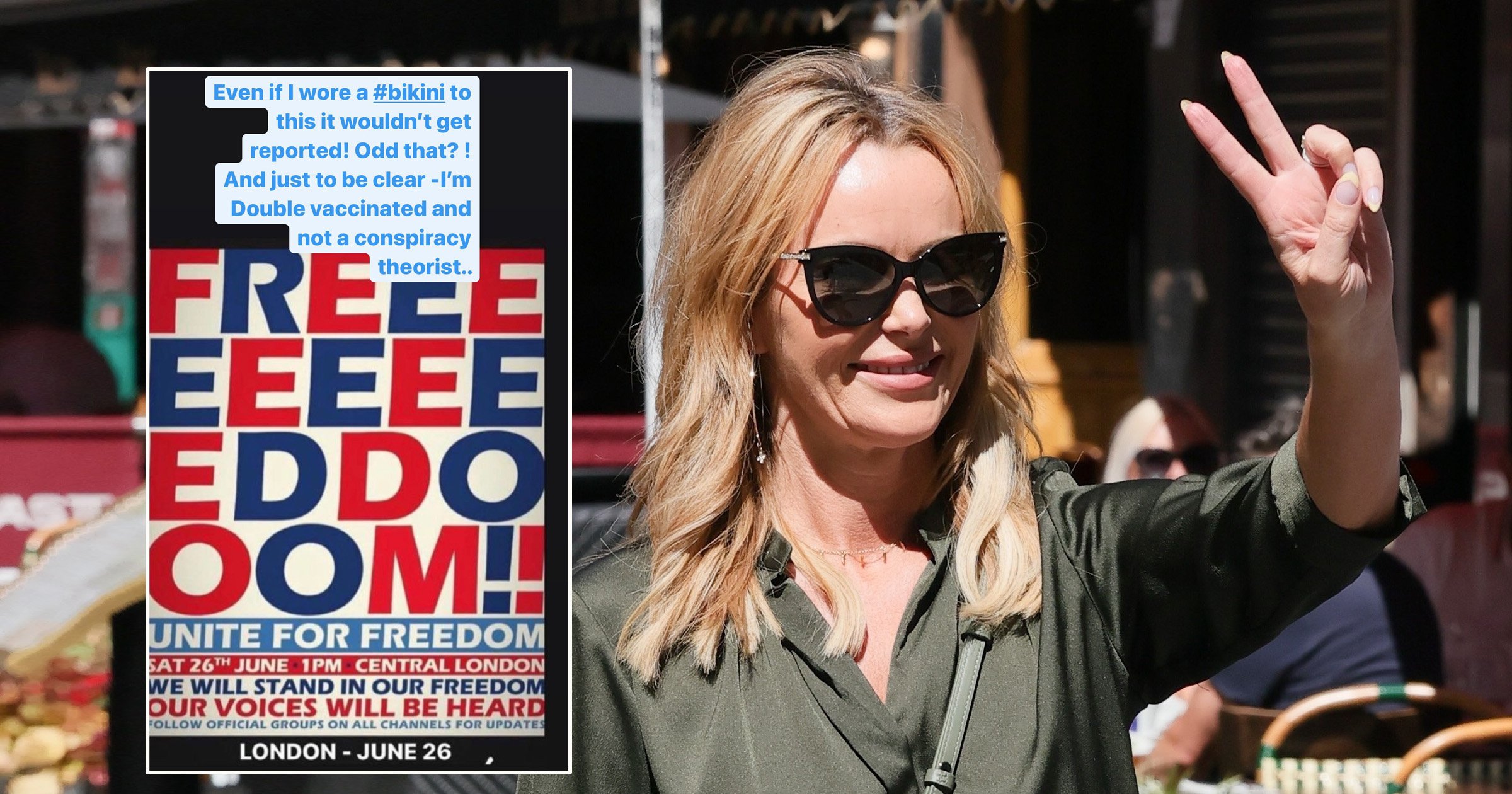 Amanda Holden has shared her frustration at the ongoing lockdown and restrictions on travel, but insisted she is ‘not a conspiracy theorist’ in doing so.

The Britain’s Got Talent presenter, 50, has been sharing statistics from the latest wave of the coronavirus pandemic following the delay to ‘Freedom Day’, when restrictions are planned to be lifted completely.

It had initially been pencilled in for June 21 at the earliest, but due to the surge in cases caused by the Delta variant, which was first identified in India, Prime Minister Boris Johnson announced that it would now not happen before July 19 at the soonest.

Amanda, who has had both doses of the Covid-19 vaccine, took to her Instagram story to vent her frustration, sharing a poster about a march against the lockdown and vaccines.

Alongside it, she wrote: ‘Even if I wore a bikini to this it wouldn’t get reported! Odd that?! And just to be clear – I’m double vaccinated and not a conspiracy theorist..’

Her post suggested that the ‘Unite For Freedom’ march – several of which have taken place in the past – would not get much coverage.

Amanda recently posted from a mystery holiday after it was believed she travelled to Portugal while the country was on the UK’s ‘green’ list.

She shared several bikini photos from the trip, which she took with husband Chris Hughes and daughters Lexi, 15, and Hollie, nine.

Following the announcement that restrictions would not be lifted for at least another four weeks, Amanda shared a meme suggesting the Prime Minister was taking part in one of Ant and Dec’s iconic games.

Alluding to the duo’s famous Saturday Night Takeaway prank I’m A Celebrity… Get Out Of Me Ear, in which Ant and Dec give celebs ridiculous tasks to do through a hidden earpiece, Boris was seen looking concerned while the pair said: ‘Tell them it will only be another four weeks.’

Metro.co.uk has contacted reps for Amanda Holden for comment.