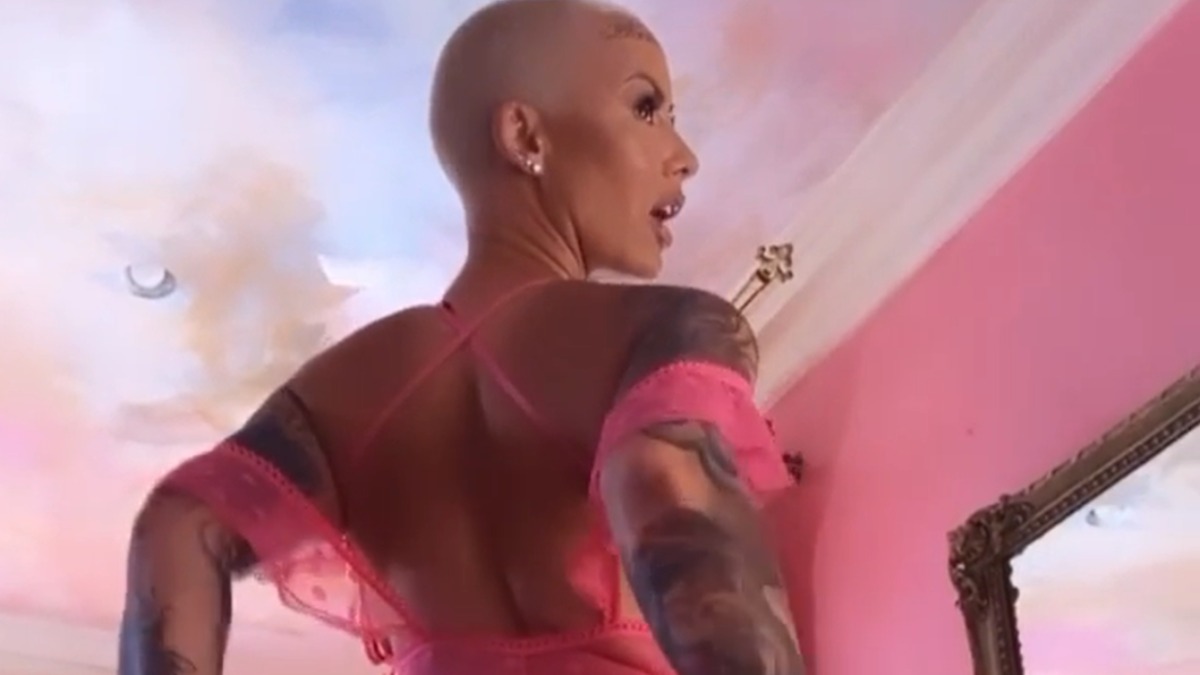 Amber Rose is the latest celebrity to join OnlyFans, which is a subscription-based website known for its raunchy content.

Rapper Tyga, Blac Chyna, Cardi B, and model Jordyn Woods are among the mainstream celebrities embracing the popular platform. The 36-year-old American model went nude on social media to promote her new OnlyFans account, which charges $19.99 per month.

“She’s doing better than most of these celebrity scammers, right?” One fan noted and continued. “I mean, she is showing us nudes and original content so maybe there will be a tape soon.”

Photos and videos from Amber Rose OnlyFans have leaked on social media and Reddit. The American model posted a promo for her OnlyFans on her Instagram account writing in the caption “Here’s a lil freebie hit the link to see EVERYTHING.” The video has over 4 million views.

Here’s a lil freebie hit the link to see EVERYTHING ???

Here’s a lil freebie hit the link to see EVERYTHING ???

Some fans criticized the former stripper for joining Only Fans. In a viral comment, one fan said on Instagram “Smh have some self-respect at least for your kids.”

Some were more supportive of the model and TV star, another commenter defended Amber Rose’s decision to post raunchy content on OnlyFans. “Her Body… Her Choice… Her Business! Why is that hard to understand? Mind yours.”

Amber gave birth to her second son, Slash Electric Alexader Edwards, about a year ago. In a sultry snap promoting her Only Fans, Amber wrote about losing the post-baby weight “When you finally lose the baby weight just so you can be a H*e again link in bio”

Amber Rose is best known for her relationships with American rappers Kanye West, Wiz Khalifa, and 21 Savage. She shares a son with Wiz Khalifa and Alexander ‘A.E’ Edwards, who she is currently dating.

Bella Thorne is one of the biggest stars to capitalize on the platform despite her controversial debut. She reportedly made over $1 million in one day and $2 million more during her debut week.

Kanye’s ex-girlfriend has managed to avoid the criticism of Bella Thorne and other celebrities faced by sex workers. Rose led the LA-based SlutWalk, which is a movement to destigmatize sex work and sexual behavior.

The Trailer for Chrissy's Court Is as Hilarious as I Expected: "I'm Fully Naked Under Here"