Enjoying the honeymoon phase! Ana de Armas is in a good place with boyfriend Ben Affleck as the couple’s new romance heats up.

“Ana is very happy with Ben. She loves spending time with him and they have great chemistry and a lot of fun together,” a source tells Us Weekly exclusively.

Us confirmed on March 13 that the Knives Out star, 31, and Affleck, 47, are officially dating. The pair sparked romance rumors after they were spotted in Cuba together on March 6. One day later, they were seen “making out” at the airport in Costa Rica. On March 10, the twosome took a stroll on the beach while Affleck played photographer and snapped photos of his new love. 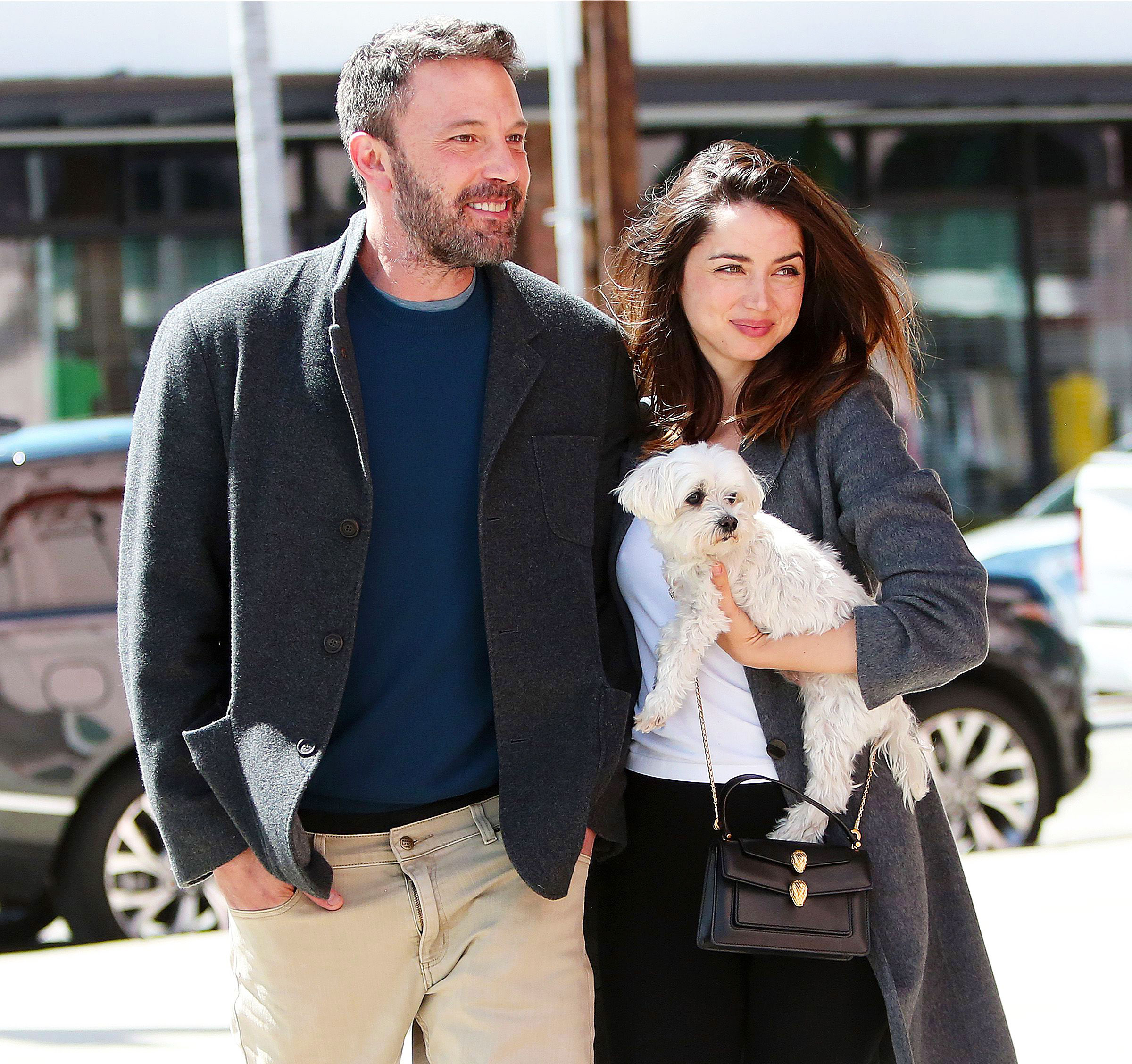 Affleck and de Armas took their romance back to Los Angeles where they have been self-quarantining together amid the coronavirus pandemic.

The duo’s new relationship has one big supporter, according to an insider — the Argo star’s ex-wife, Jennifer Garner.

“Jen has completely moved on from Ben in a romantic sense. She considers him a friend, thinks he is a good dad to their children and respects him,” a source told Us on March 13. “She is happy in her own life and supportive of him and happy for him and his relationship.”

Affleck and the 13 Going on 30 star were married from 2005 until their split in 2015 before their divorce was finalized in October 2018. They are parents of Violet, 14, Seraphina, 11, and Samuel, 8. Garner, for her part, has moved on with businessman John Miller.

The Gone Girl actor said in an interview with Good Morning America in February that he hoped to be in another serious relationship in the future.

“I would love to have a relationship that is deeply meaningful and one to which I could be deeply committed,” Affleck said at the time. “Five years from now Ben Affleck is sober and happy and sees his kids three-and-a-half days a week and has made three or four movies that are interesting to him. I directed two [movies] that he is hopefully proud of and is in a healthy, stable, loving, committed relationship.”