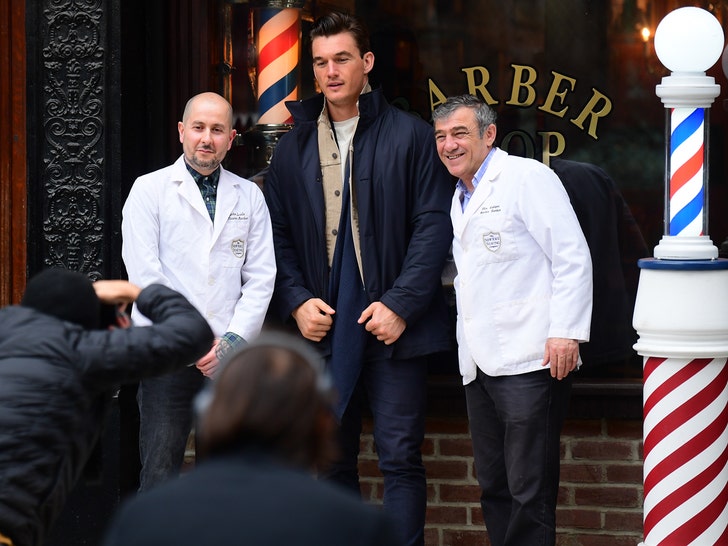 Tyler Cameron is back to flaunting his pretty mug for work-related purposes as he continues adjusting to life after his mother’s sudden passing.

The ‘Bachelorette’ star showed up to a photoshoot Thursday morning in NYC outside a barbershop in SoHo … looking dapper in a navy blue coat, jeans and dress shoes. It’s unclear what campaign he’s shooting … but he’s got some brotherly love to comfort him. 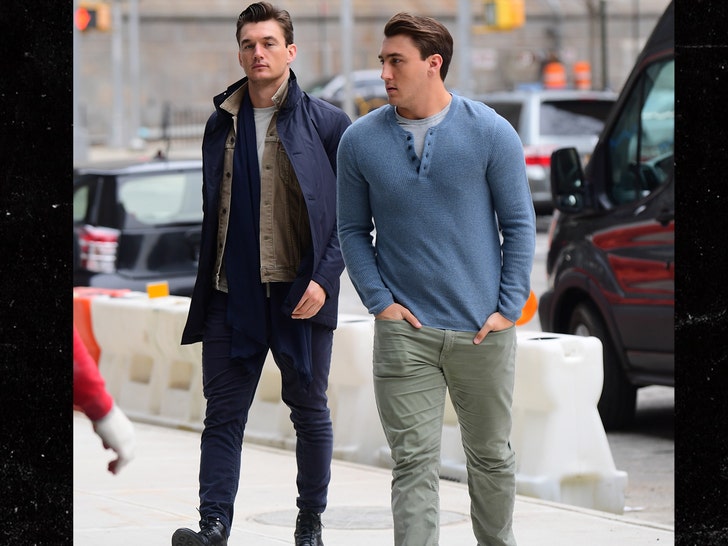 Tyler’s brother, Ryan — a head-turner in his own right — looked pretty chill just hanging with his big bro. It’s certainly a nice distraction after a tough month.

As we reported … Tyler’s mother, Andrea Hermann Cameron, died just 11 days ago after suffering a brain aneurysm at a hospital in Jupiter, Florida. The Camerons are hoping to continue her legacy of giving … by starting a foundation in her honor.

Tyler’s coming off a busy weekend honoring his mother … and, again, he wasn’t alone. He was reportedly hanging out with the ‘Bachelorette’ herself, Hannah Brown, who visited Tyler in his hometown and attended a couple of events with him.

Hannah, of course, didn’t pick Tyler, who finished as the season 15 runner-up but clearly they remain close friends.

'Happy Days' Marion Ross Said This Hollywood Legend Was Happier Than Her Husband About Her 1959 Pregnancy: 'He Had Tears'