Bad Bunny’s El Último Tour del Mundo 2022 will kick off on Feb. 9, 2022, at the Ball Arena in Denver, Colorado. Tickets for the tour, which is presented by Corona®, will go on sale at noon on Friday, April 16. The Latinx singer will make stops in Texas, California, Oregon, Washington, Arizona, Canada, New Jersey, Illinois, New York, Massachusetts, Georgia, Florida, Pennsylvania, and North Carolina.

“Por fin! Están listos?” Bad Bunny captioned an Instagram post with a video announcing his tour. Fans quickly took to social media to express their excitement. “Soooo ready,” one fan wrote. “I’ll sale my house if I have to,” another fan jokingly wrote. 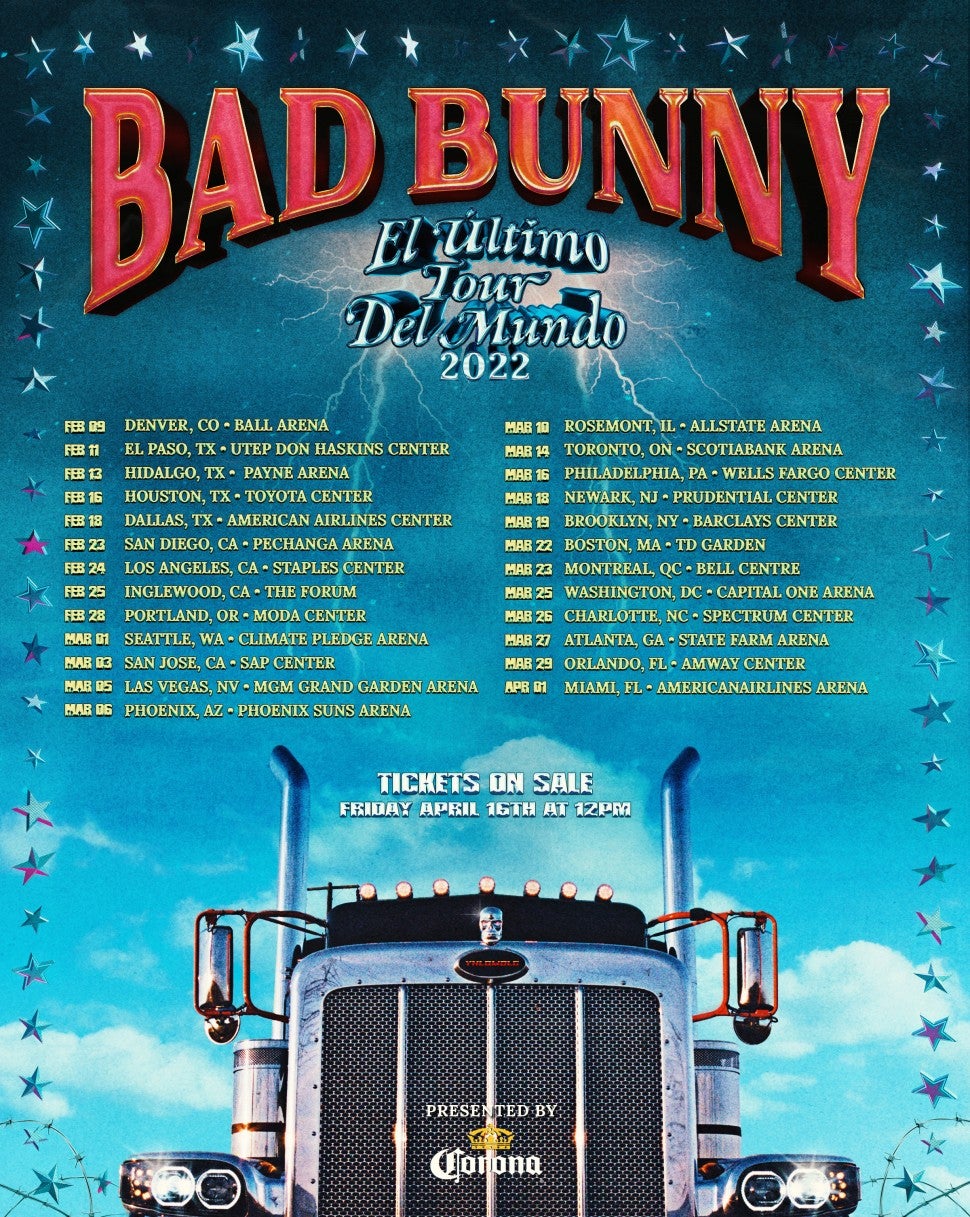 Bad Bunny has a lot on his plate, including a starring role in Narcos: Mexico and the upcoming film American Sole, but he couldn’t be more excited to reconnect with his fans.

“I think that right now my biggest dream is to make a concert with a lot of people,” he told ET last November. That’s the only thing I want. I know that it’s hard, but that’s my only goal right now, really.”

“I love all my fans,” he continued. “Thank you for supporting me, for believing in my music.”