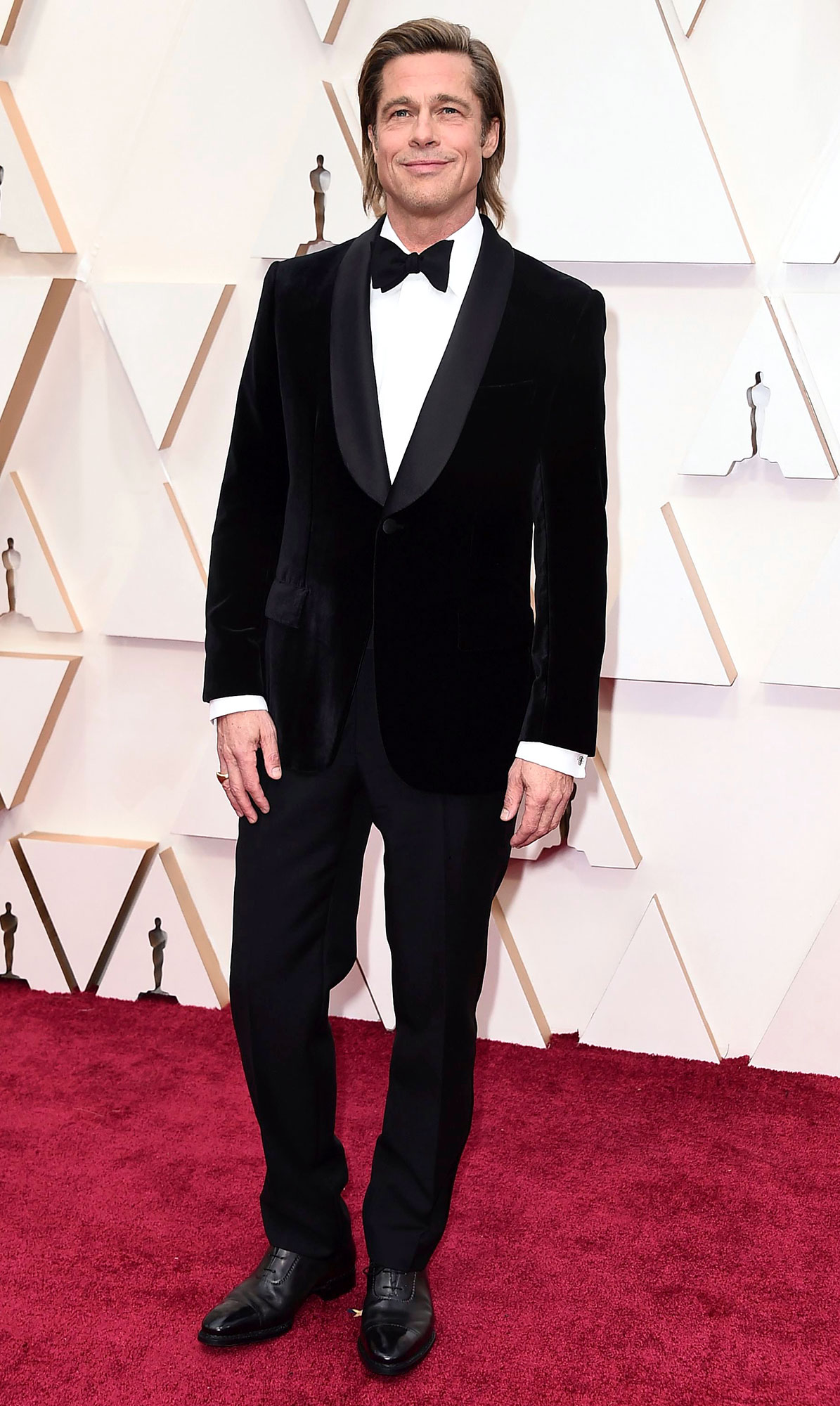 Back on the dating scene? Brad Pitt was spotted with a mystery woman at a concert in Los Angeles over the weekend.

In photos obtained by TMZ, the 56-year-old Oscar winner can be seen sitting next to an unidentified female at a Thundercat show at The Wiltern on Saturday, March 7. While the twosome weren’t seen exchanging any PDA during the evening, they did catch up with Beck at the star-studded concert. According to the outlet, Ariana Grande, Ty Dolla $ign and Anderson .Paak were all hanging out in the VIP area on Saturday night.

Earlier this year, Pitt made headlines for joking about his dating life throughout awards season.

“I’m going to add this to my Tinder profile,” the Once Upon a Time in Hollywood star quipped as he accepted the SAG award for Male Actor in a Supporting Role in January.

The actor later clarified that he isn’t actually on the popular dating app.

“I’m not even sure how it works,” Pitt told Extra days after the awards show. “I just thought it was funny to say.”

Not long after Pitt took the stage at the SAGs, he was spotted backstage with his ex-wife Jennifer Aniston, who took home her own trophy for the Morning Show. While the pair’s brief embrace sparked a social media frenzy, a source told Us Weekly that there’s “nothing romantic” between the exes, who split in 2005 after five years of marriage.

“They actually think t’s hysterical that fans are so obsessed with them getting back together,” the source said at the time.

A second source previously told Us that dating wasn’t a “priority” for Pitt, who split from Angelina Jolie in September 2016 after two years of marriage and more than a decade together.

“He’s getting out and being social,” the insider said in September 2019. “He’s been dating — very, very casually.”

Pitt and Jolie share six kids: Maddox, 18, Pax, 16, Zahara, 15, Shiloh, 13, and 11-year-old twins Knox and Vivienne. According to the second source, the Fight Club star “spends as much time with the kids as possible” when he isn’t working.

“He encourages them to pursue their hobbies,” a third source added. “They love to hang out and talk. Brad talks to them about whatever is on their minds — he’s a great listener.”

11 books written by the royals