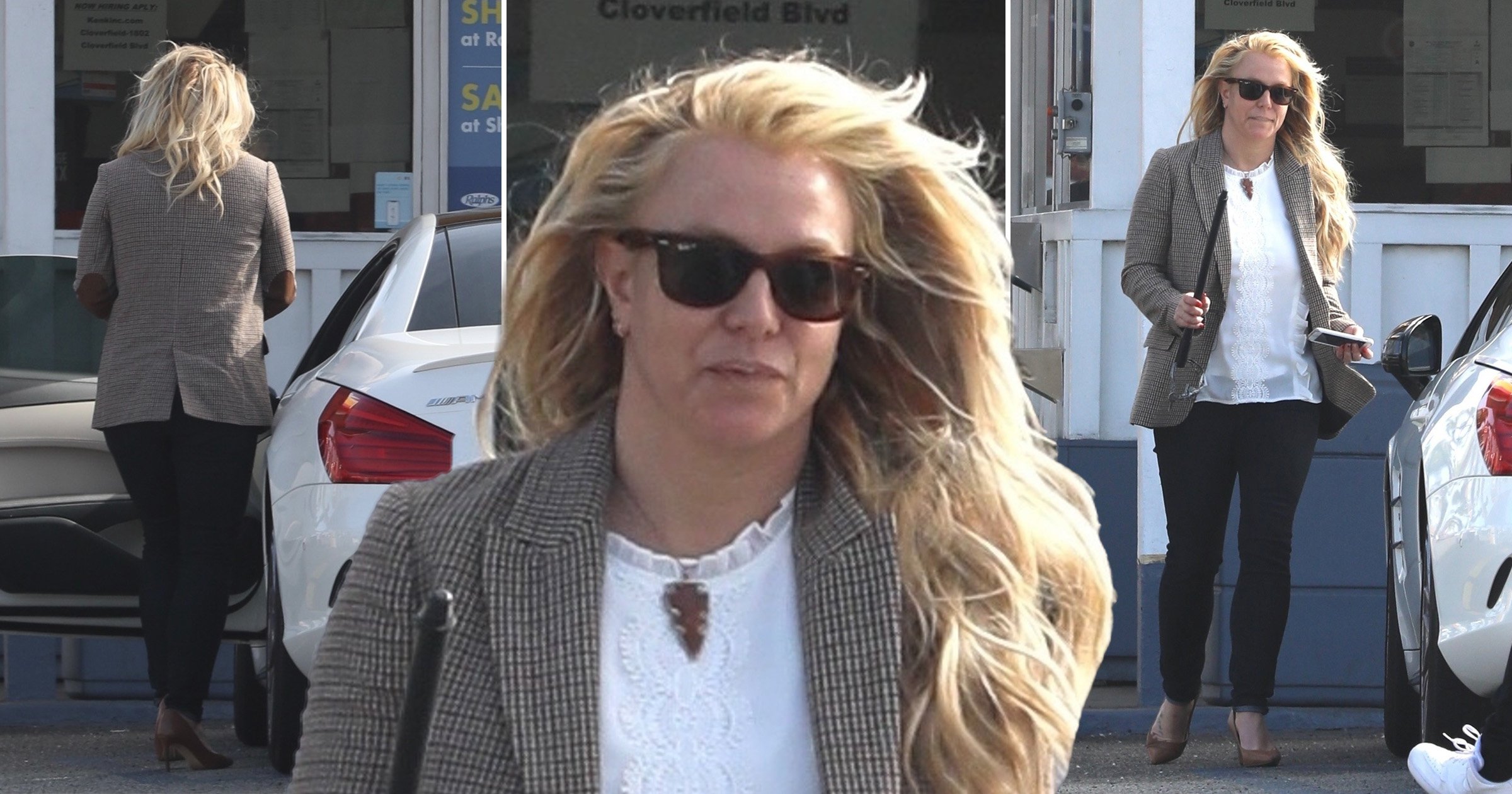 Britney Spears has been spotted out and about for the first time since her 13-year conservatorship was terminated.

The singer was seen stopping off at a gas station while exploring Los Angeles, shortly after it was ruled that her conservatorship should end.

Britney, who had her blonde hair down and flowing around her shoulders, rocked a jacket with elbow patches and trousers, with a pair of heels, and sunnies.

She was seen getting into the driver’s side of the car, shortly after she celebrated being able to drive her own car for the first time in over a decade.

The 39-year-old has been enjoying life after her conservatorship and has been keeping fans updated on Instagram.

The conservatorship began in 2008 after Britney had a mental breakdown and it allowed others, including her father Jamie Spears, to control her financial and personal decisions.

However, earlier this year Jamie was removed as conservator, with Judge Brenda Penny later ruling that it be terminated completely following a years-long campaign from fans.

In a recent Instagram video, Britney shared what it feels like to have her liberty back while making it clear she doesn’t think of herself as a ‘victim’.

She said: ‘What am I going to do now that the conservatorship’s over with?

‘I’m just grateful honestly for each day [and for] being able to have the keys to my car, being able to be independent and feel like a woman and owning a ATM card, seeing cash for the first time, [and] being able to buy candles’.

The singer added: ‘But I’m not here to be a victim. I lived with victims my whole life as a child, that’s why I got out of my house. And I worked for 20 years and worked my ass off.’

The Toxic hitmaker continued: ‘Honestly it still blows my mind every day I wake up how my family and the conservatorship were able to do what they did to me … it was demoralizing and degrading !!!! I’m not even mentioning all the bad things they did to me which they should all be in jail for … yes including my church going mother !!!!

‘I’m used to keeping peace for the family and keeping my mouth shut … but not this time … I have NOT FORGOTTEN and I hope they can look up tonight and know EXACTLY WHAT I MEAN !!!!’

Britney, who shares her sons Sean and Jayden with her ex Kevin Federline, also hinted that she might want to extend her family in future – and that decision is now down to her and her fiance, Sam Asghari.