The ‘Jurassic World’ star bonded with his boy, as they went golfing together over the Thanksgiving weekend.

Fore! Chris Pratt hit the greens with his older child Jack on Saturday November 27. The father-son duo both looked ready to tee off, as they arrived at a Santa Monica golf club. The 42-year-old actor’s 9-year-old son was dressed very similarly to his dad, as they both wore matching black face masks, caps, collared shirts and slacks, as they got ready to hit the course. 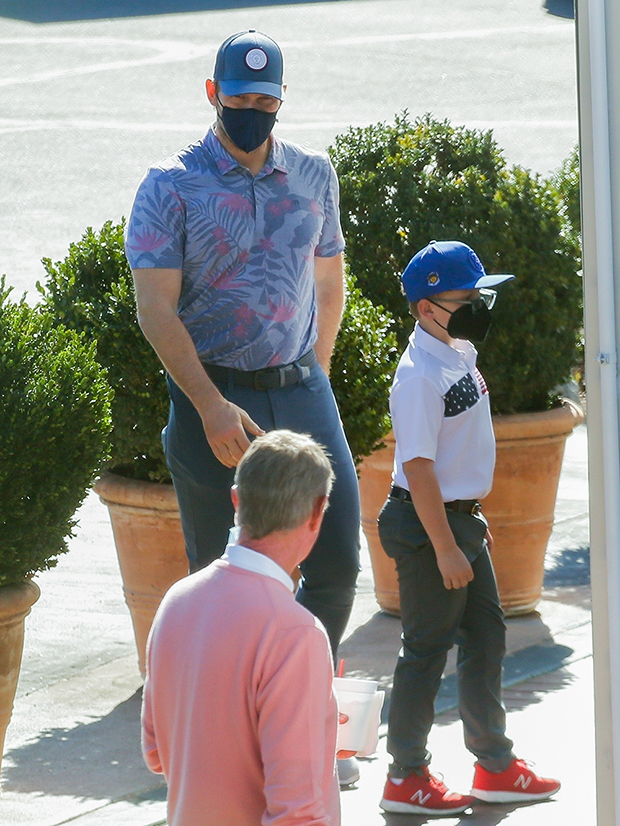 Chris’ looked like his mini-me, as they got ready for a day hitting the golf course together. Chris sported a gray polo shirt, with a flowery, pink design, and he accessorized with a silver watch. The Guardians of the Galaxy star also sported a gray baseball cap with a simple design. Jack rocked a white polo, with an American flag-design on it. Like his dad, he also wore a cap, but his was a bright blue color, and he wore bright red New Balance sneakers. 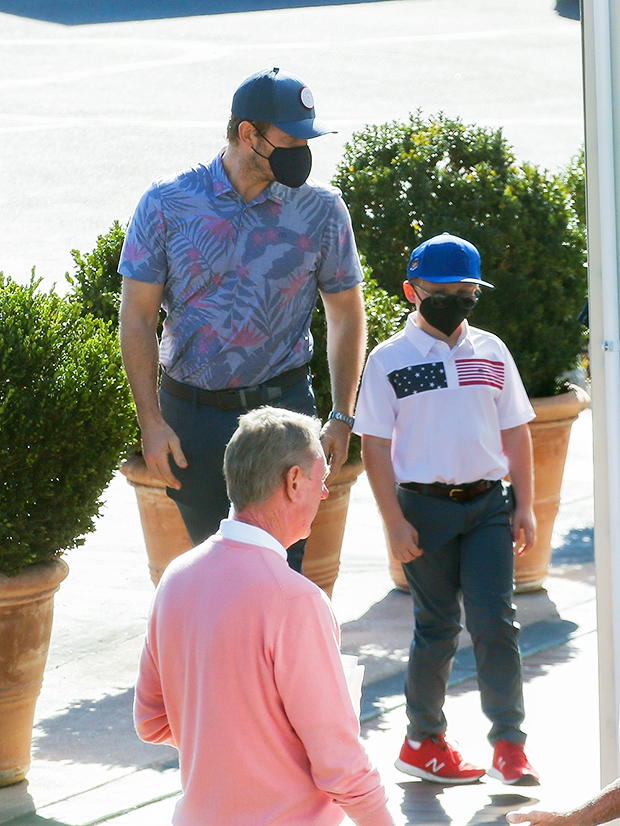 Chris Pratt — Pics Of The Actor 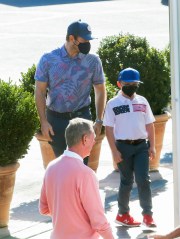 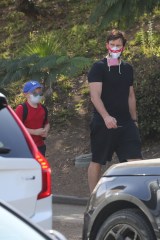 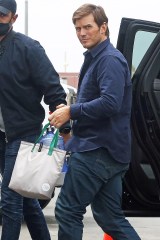 Chris shares Jack with his first wife Anna Faris, 45, who he divorced from in 2018. Jack is the pair’s only child. Chris also has a daughter Lyla Maria, 1, with his current wife Katherine Schwarzenegger, 31. The Parks & Rec star seems like he has a very close bond with his boy, and he was seen picking up his son from school on October 11. Chris has shown love for both of his kids. Earlier in November, he posted a sweet photo of his daughter to his Instagram and called her a “gorgeous healthy daughter,” in a lengthy post celebrating his marriage to Katherine.

While Chris and Katherine have been married since 2019, Anna remarried in secret during Summer 2021. She admitted that she had a courthouse wedding to her cinematographer boyfriend Michael Barrett in a July episode of her podcast Anna Faris Is Unqualified. “We eloped,” she said. “It was awesome. It feels great. It was at a local courthouse up in Washington state. It was great.”

Kelly Clarkson Sings Madonna’s ‘Like a Prayer’ for Kellyoke From Home – Watch! (Video)