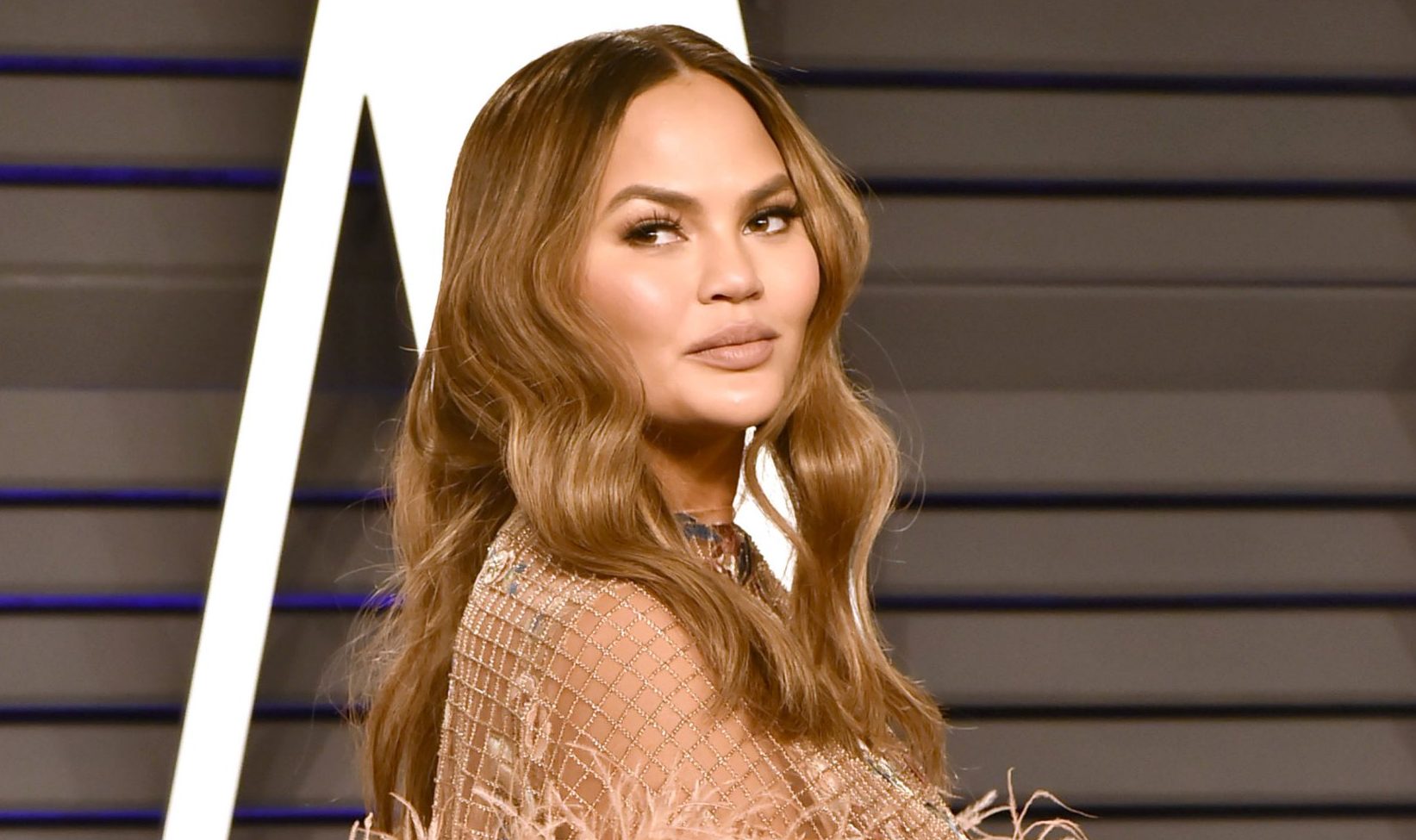 In her quest to be liked by everyone it sadly appears Chrissy Teigen has done the complete opposite of that. And then some.

The model and cookbook author was met with peak vitriol after old tweets of hers surfaced in which she appeared to tell Courtney Stodden to kill themselves.

Since then, a whole lot else has been dredged up in Chrissy’s own Burn Book.

After taking some time out of the spotlight to, as she said, think about what she’d done, she came back and shared a lengthy apology.

Sadly that didn’t sit well with some, as designer Michael Costello kicked in the boot by sharing old screenshots purportedly from Chrissy who said he ‘deserved to die’ after fake comments credited to him claimed he’d used the N-word.

While Michael said it was ‘a Photoshopped comment floating around the internet which has now been proven to be false by Instagram and since taken down’, he insisted Chrissy at the time had him blacklisted from the industry.

I can hear the slathering lips of her right-wing detractors salivating over their Parler accounts right now.

May I note early on I’m not here to get into the nitty-gritty of her previous actions. She clearly said some very wrong things and hurt people deeply.

I’m also not interested in the whole ‘cancel culture’ rhetoric either. I’m a strong supporter of ‘accountability culture’ and I have no doubt Chrissy has been encouraged to take stock of her past actions online, offline, in order to move on – and to help those she’d offended and hurt to move on, as well.

What has piqued my interest in all of this, is Chrissy’s clear historical obsession with being liked by everyone, which has, frankly, turned the masses against her on a whole other level than these offensive messages and tweets have.

In her quest to be in on every joke and be our favourite celebrity, the world has revolted on who was once called the ‘Queen of Twitter’ in spectacular fashion.

When she decided to take a step back from Twitter due to constant negative messages being flung her way earlier this year (yes, I understand the fresh irony of this) she remarked: ‘My life goal is to make people happy.’

I even note the irony in my prior writing about her being ‘bullied’ off the platform despite just wanting to be funny. We learn, we grow, people.

In May, during her first apology, Chrissy doubled down on this need to be liked, sharing: ‘I have worked so hard to give you guys joy and be beloved’.

In her lengthy apology posted on Monday, she yet again mused on this idea that she wanted to be the one everyone flocked to.

‘I thought it made me cool and relatable if I poked fun at celebrities,’ she mused of her quest, adding it was instead ‘meanness masquerading as a kind of casual, edgy humour’.

She explained that she felt ‘insecure, immature and in a world where I thought I needed to impress strangers to be accepted’ when she sent the trolling messages online, which now make her ‘cringe to her core’.

As someone who is trying very hard to shed themselves of decades of being a people pleaser (hello childhood) I can say first-hand there is nothing more exhausting than trying to be everything to everyone.

Our goal should not be to make everyone happy. It should be to make ourselves happy – everyone else’s happiness is a very pleasant side hustle. But as someone so very wise once told me – it was probably a motivational post on Instagram – ‘you don’t like everyone so why should everyone like you?’

And, I mean this with the dearest of compassion – Chrissy, you need to take in that Hallmark quote. Because s**t is getting desperate now.

Yesterday it was claimed the star is seeking to do a Harry and Meghan and sit down with Oprah Winfrey for the tell-all no one asked for.

We’ve seen stars who have stuffed up share humble and sincere apologies in the aftermath, but I can understand why many feel Chrissy’s sorry has fallen flat if she now indeed wants to go on Oprah and seemingly exploit her foibles in some sort of public flagellation.

I refuse to believe it’s malevolent and anything more than just another grab at showing how relatable she is, but we’ve crossed a line.

While it remains to be seen whether or not the rumours are true, there is one thing I’m certain of and that’s if the darn Oprah confessional didn’t work for Meghan and Harry how is it going to work for Chrissy?

I get that she was keen to be this irreverent, spunky voice on Twitter; she’s not a regular model, she’s a cool model, that sort of thing. Clearly she thought because people were piling onto these celebrities – apart from the Courtney Stodden messages, old tweets where Chrissy is making fun of Lady Gaga and Mariah Carey have resurfaced – that she could too, despite having a massive following that broadcast these messages far further than your standard dungeon-dwelling troll.

Not only were these messages mean, but my point is she can’t kick it with the kids when she’s got millions of followers.

Just take a step back, woman. Take a breather. Let your finger wander off the post button and just concentrate on doing that work behind the scenes, as you say you want to do. We’ve all stuffed up, but this clear need to be the jester we don’t need is clearly doing far more harm than the good you may have once intended.

And for god’s sake, do not go on Oprah.

Angelina Jolie Says Daughter Zahara, 15, Is An ‘Extraordinary African Woman’: ‘I’ve Learned So Much From Her’

Viewers Lash Out At YouTube For Closing Community Captions: 'Stop Being Ableist Towards Deaf People'