Christina Ricci is going to be a mom-of-two! The actress, who revealed on August 10 that she’s expecting a child with her boyfriend, hairstylist Mark Hampton, shared a snap of her growing baby bump. The 41-year-old took to her Instagram Story to share a rare pic of her bare belly while rocking a black Calvin Klein bra and grey lace underwear.

It came two days after she posted a photo of an ultrasound, revealing she was expanding her family. Christina captioned the snap, “Life keeps getting better” as she tagged Mark and added a love heart emoji. While the pair have been notoriously quiet since they started dating in 2020, she did give fans some rare insight into their relationship when she wished him a happy birthday last month.

“Happy Birthday @markhamptonhair. favorite person, gorgeous human, bringer of all things happy, magical and good. love you. this next year is going to be the best one yet,” she wrote. This marks the couple’s first child together, however Christina does share a seven-year-old son Freddie with estranged ex James Heerdegen. She previously told PEOPLE in 2016 that “having a child changed everything” for her. “It’s made everything in my life actually important and matter. I now have to take things seriously, and I never did before,” she said, adding, “I want to succeed for him. My choices matter more.” 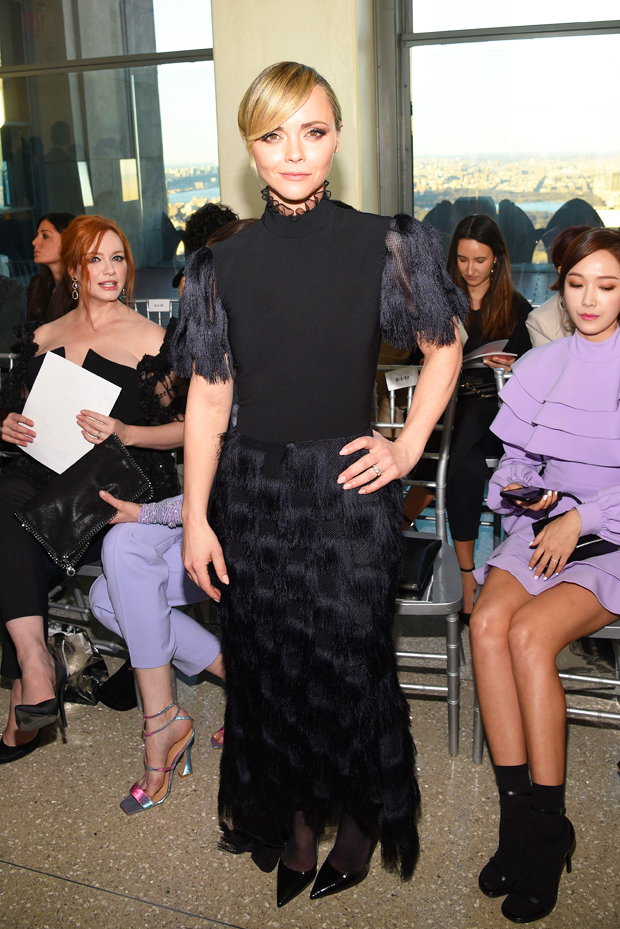 As fans would know, the exciting baby news comes over one year since she and James split. The actress, who wed her film producer beau in an intimate ceremony back in 2013, filed for divorce after seven years of marriage. The Casper star met James in 2011 when they were both working on the set of short-lived drama series Pan Am. They began dating the following year, and tied the knot on October 26, 2013. Christina cited irreconcilable differences as the reason for the divorce when she filed documents at the L.A. County Superior Court on July 2.

Get to Know Jordan Alexander, the Gossip Girl Star You're About to Be Crushing On