Back In Time For The Corner Shop

My taxi driver in Bristol last week gave me a sideways look, as if I were mad, when I asked which TV programmes he enjoyed. He didn’t own a television, he said. He had never owned a television, and he didn’t know anyone his age who did.

‘My parents watch TV,’ he conceded. ‘It’s for old people, innit, like you. No offence.’

None taken. An Ofcom report last October revealed that more than half of young Britons aged 16-24 did not watch a single minute of any BBC programme in the preceding week — neither on live TV nor on catch-up via iPlayer.

The youth driving the Uber cab admitted he did watch movies sometimes: ‘My uncle, he’s got Netflix, right. And I know his password.’ But most of his screen time, he said, was devoted to YouTube. 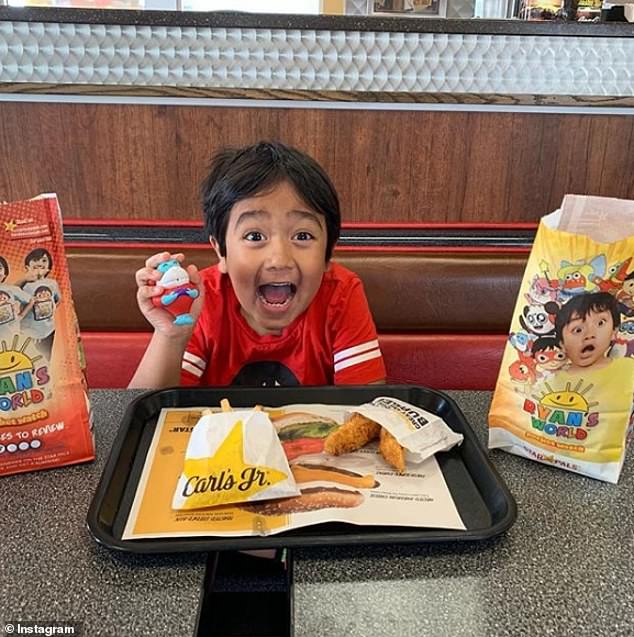 Many DIY broadcasters on YouTube, the free video channel owned by Google, attract audiences that the Beeb hasn’t dreamed of for decades. Eight-year-old Ryan Kaji from Texas, for instance, reviews toys: 24.2 million people have signed up to watch his daily chatterings.

Compare that with the figures for BBC1’s biggest hit in years, the Christmas edition of Gavin And Stacey, which sent Auntie into ecstasies by netting 17.1 million — over seven million fewer viewers.

How can the Corporation compete? By hiring YouTube stars and viewers to present a show, perhaps. Four of them, all in that elusive 16-25 age bracket, were sent to Los Angeles to learn about the cosmetics industry in Beauty Laid Bare (BBC1).

All four were stilted, awkward personalities, who recited their lines like they were reading them off the label on a box of make-up. 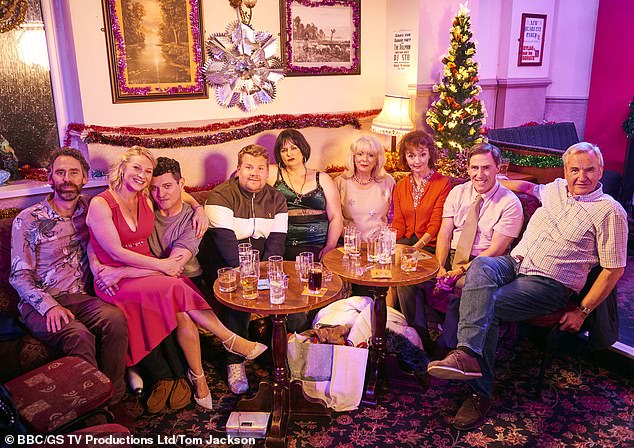 BBC1’s biggest hit in years, the Christmas edition of Gavin And Stacey, which sent Auntie into ecstasies by netting 17.1 million

The links between segments, featuring pretend conversations in the back of a limo, were excruciating. But these young people were not pretending to be polished performers. Slick patter went out with Radio 1 DJs.

The foursome were sent to a cosmetics company called ColourPop, whose factory churned out low-cost lipsticks in neon plastic hues for the teen market. They had some prewritten questions: one asked whether staff on the production line were paid minimum wage.

A hovering executive explained this question made the company ‘uncomfortable’. Another of the amateur presenters wondered if the glitter in their lipsticks was biodegradable. ‘Maybe don’t answer this!’ called out the exec.

Afterwards, 25-year-old Casey explained that it was probably better if we didn’t know the facts. ‘We all eat food — if we knew exactly where our food came from and what was in it, we’d eat nothing. Sometimes ignorance is bliss.’ If that’s true, Casey was blissed out. 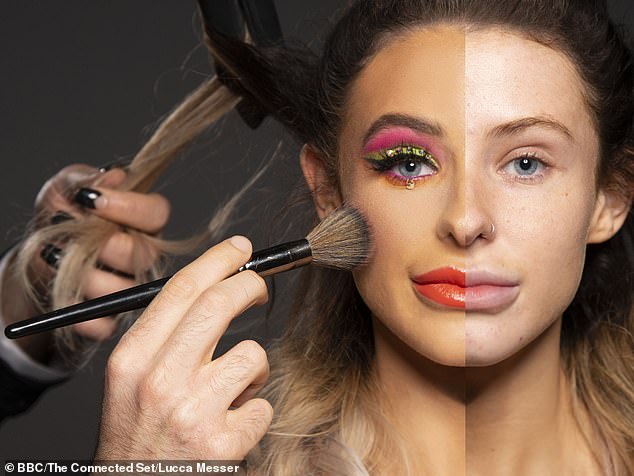 Four Youtubers, all in that elusive 16-25 age bracket, were sent to Los Angeles to learn about the cosmetics industry in Beauty Laid Bare (BBC1)

The Ardern family behind the counter in the grocery store on Back In Time For The Corner Shop (BBC2) were much more natural in front of the camera. Mum Jo, in particular, is a star, with her sleeves rolled up as she churns ice cream in a barrel or wields a mallet and chisel to split a block of ice, the way Sheffield shopkeepers did 100 years ago.

As always, this series is peppered with amusing facts. Who could have guessed that, in the era before refrigerators, Britain’s ice was shipped over from Norwegian lakes?

Or that in the Thirties a craze swept the country for one-armed bandits? One local, 88-year-old Reg, was old enough to remember that . . . and the bomb that dropped in his family’s back yard during the Blitz. By a miracle, it didn’t go off.

Brandi Glanville Shares Old Text Messages In Effort To Back Up Her Denise Richards Hookup Claims!

The First Reactions to the ‘In the Heights’ Movie Have Arrived & It’s Getting Raves!

“Charlize Theron heartbroken about not playing Furiosa in the prequel” links