Demi Lovato has a lot of people scratching their heads over this one — she got mad that a fro-yo shop advertises “diet” options … something she considers triggering and harmful.

The singer took to IG Saturday to call out a frozen yogurt joint called The Bigg Chill … which apparently has low-sugar/low-fat/fat-free goodies positioned toward the front of one of their stores and/or checkout counters. 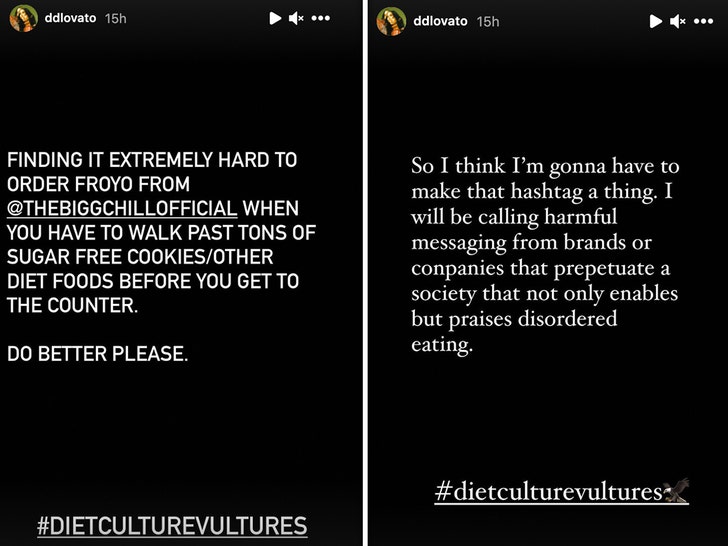 She writes, “Finding it extremely hard to order froyo from @thebiggchillofficial when you have to walk past tons of sugar free cookies/other diet foods before you get to the counter.”

Demi went on to tell them to “do better” … and hashtagged her gripe with #dietculturevultures. If you’re confused about what the heck she’s upset about … you’re not alone.

However, she elaborated with another comment, saying she’s gonna use that hashtag to call out “harmful messaging” from brands that she believes perpetuate a society that enables and also praises disordered eating. 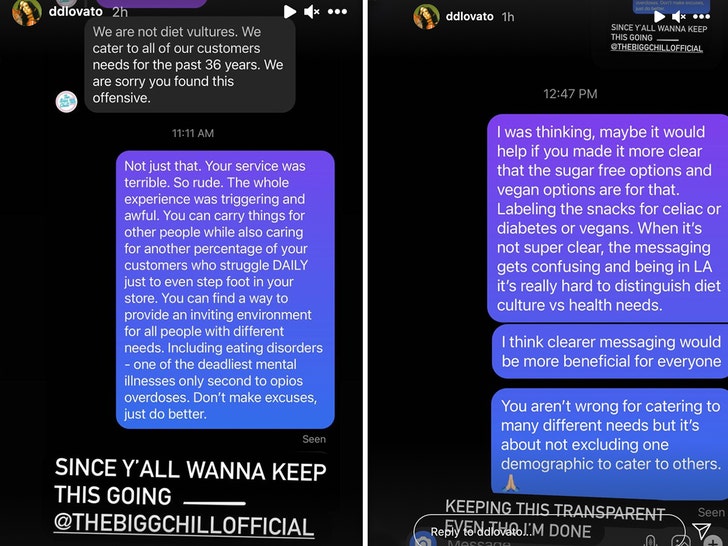 What she SEEMS to be saying … by this place putting these low-cal foods in people’s faces like this, they’re also gaslighting/shaming them, and making them feel bad for wanting a treat, which Demi sees as hurtful — especially for those who have eating disorders and body issues.

TBC responded to Demi in her DMs, which she published. They explained they have those alternatives for dietetics, folks with Celiac disease, vegans and a host of others who might want (or need) the so-called “diet” options. Demi appears to have realized … she jumped to conclusions and perhaps even overreacted, as noted in her response.

She recommends that they label things better to be more inclusive. ??‍♂️