Piers Morgan has kept a strange yet close relationship with President Donald Trump. The future GMB host first impressed the American while on his reality show ‘The Apprentice’. One of Piers’ former foes, spin doctor Alastair Campbell, believed he brokered a friendship with Mr Trump in a bid to boost his own career. Despite this, the former aide to Tony Blair actually believes Piers would have supported the Republican ruler’s opponent Hillary Clinton in the 2016 US election. The President and the journalist’s relationship appears confoundingly complex. But in unearthed accounts it seems that Piers may have had a hand in helping Mr Trump to win the election. With it suggested that he could be partially responsible for the tone of his campaign and an inspiration behind the now synonymous slogan “Make America Great Again”.

Piers Morgan was at a “typical over-the-top lavish” party when his world again collided once again with the then-property tycoon Donald Trump.

The grandiose event, at the giant Bel Air estate, in Los Angeles, US, was held to help promote Mr Trump opening a hotel in Dubai, Saudi Arabia, back in 2008.

He described the scenes in ‘Piers Morgan: Memoirs Of A Big Mouthed Brit’ published in 2012.

There he experienced “stilt walkers, iced bowls of caviar [and] an Apple iPod Touch for everyone as they left”.

But for Piers, the “most impressive” feat of all was in fact the musician Mr Trump had managed to secure for a secret performance. 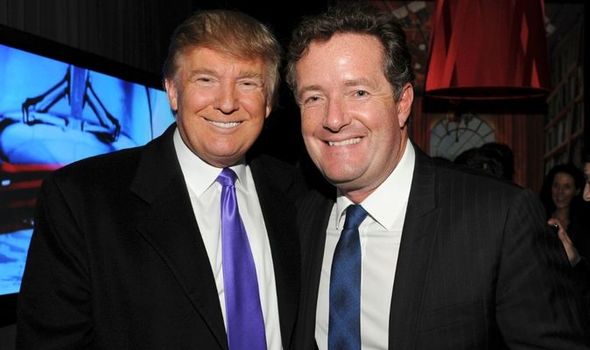 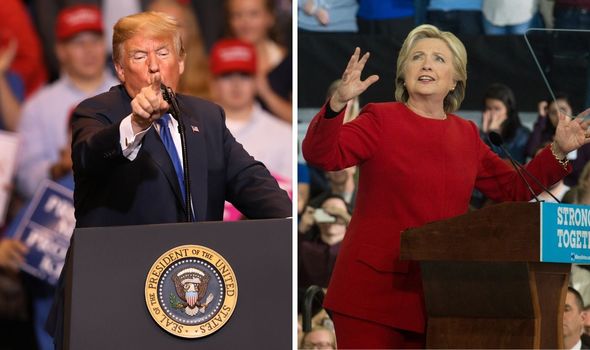 Mr Trump had booked Latina-American superstar Christina Aguilera to sing at a “surprise gig in the back garden”.

Even prior to this party, Piers had taken a shine to the future President – describing him as someone who had a “keen sense of fair play” and “treated everyone with respect until they disrespected him”.

Towards the end of the party, Mr Trump “swaggered over” over to Piers and slapped him on the shoulder.

The billionaire asked him, “Isn’t this terrific?” and “I mean, this is the greatest party ever, right?”

In an unusual, and questionably short exchange, Piers gave the same response to both questions: “Yes, Mr Trump.”

JUST IN: Piers Morgan: Why GMB host’s mother told him to back off Diana 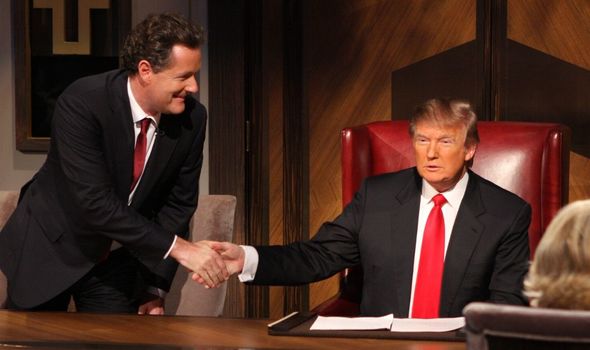 Reflecting on the moment, Piers recalled: “And in that split second, I believed it to be true.”

He then said: “America needs a leader who can do that, who can look them in the eye, slap them on the shoulder, and say: ‘We’re the greatest country in the world, right?’

“And the whole country feels compelled to shout back: ‘Yes, Mr President’”

While it is not clear whether Piers said those words to Mr Trump, the incident occured seven years before the billionaire formally announced he would run for presidency.

Piers had been known to have coached other notable figures on media approaches in the past too – including Princess Diana.

His memoir, which detailed the encounter, was released in 2012 – four years before Donald Trump would beat Hillary Clinton in the US election.

Other theories suggest that President Trump may have taken the idea for “Make America Great Again” from others.

They include former presidents Ronald Reagan – who first said the phrase during the campaign in 1980 – and Bill Clinton, who used the phrase in several speeches.