For generations of R&B fans, Earth, Wind & Fire have been an elemental force in the soundtrack of their lives.

And 50 years after the Rock & Roll Hall of Fame band — founded by the late Maurice White — dropped its self-titled debut, EWF is still making us groove to ’70s classics such as “Shining Star,” “Boogie Wonderland” and, of course, “September.”

On Friday, the Grammy-winning group released their new single “You Want My Love” — a Babyface-produced update of 1975’s “Can’t Hide Love.” The good times continue on Saturday, when the band will be part of the star-studded lineup at We Love NYC: the Homecoming Concert in Central Park.

Here, lead singer Philip Bailey, 70, and bassist Verdine White, 70, share what playing Central Park means to them, how their Verzuz with the Isley Brothers went viral, and which element best symbolizes them.

In all of your 50 years together, has the band ever performed in Central Park before?

White: We haven’t. That’s why it’s so exciting. Of course, this concert is [being produced by] Clive Davis, and Clive spoke to us about it. And we said yeah, because Clive discovered us back in the day. [Davis signed EWF to Columbia Records in 1972.] And Clive has always stayed close to us as a friend.

You collaborate with Lucky Daye on your new single. Any other younger artists you’d like to work with?

Bailey: Dua Lipa. It would be very surprising, very unexpected.

You guys had that epic Verzuz with the Isley Brothers on Easter Sunday. Could you feel all the love?

White: When we did Verzuz, that was the first time that a lot of the younger generation had ever seen us or heard those songs, man. It brought a lot of people together. A lot of people felt good when that was over.

Bailey: That was the first one that they actually rented a theater for and just kind of took it up a notch. No one knew what to really expect. Then it went viral — everybody knows about that Verzuz.

If you had to pick one element, which one are you most like: earth, wind or fire?

Bailey: Definitely earth. No question about it. I’m more down-to-earth.

It’s been five years since Maurice passed. What do you miss the most about him? 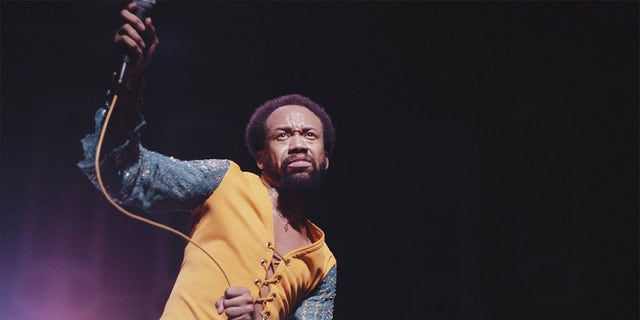 White: Kicking it with him. Outside of him being the [EWF] leader, he was my brother, you know? We would just kick it. He’d call to check on me, I’d call to check on him, and things like that. Those are the things that I miss … And although we are playing at Central Park, the vision of Earth, Wind & Fire was Maurice.

Bailey: He laid down a lot of beauty in this land that still lives on and is celebrated. And I’m trusting that I will see him again.

What you need to know about We Love NYC: the Homecoming Concert

The Great Lawn in Central Park.

Pippa Middleton Wraps Up in a Chic Plaid Coat for a Walk with Her Son, Arthur