Fern Britton, 63, tweeted her disbelief that former colleagues and pals Eamonn Holmes and Ruth Langsford had been allegedly dropped by ITV for Alison Hammond and Dermot O’Leary. The former ITV star hosted This Morning alongside Phillip Schofield for ten years from 1999 till 2009 before Holly Willoughby took on the role.

Fern retweeted a post from The Sun columnist Dan Wooton, who described the treatment of Ruth and Eamonn from ITV as “appalling” and “sad”.

He wrote: “What appalling treatment of Eamonn Holmes and Ruth Langsford by This Morning and ITV.

“They have been absolute loyal rocks to that show through turmoil and are beloved behind the scenes. Sad to see.” 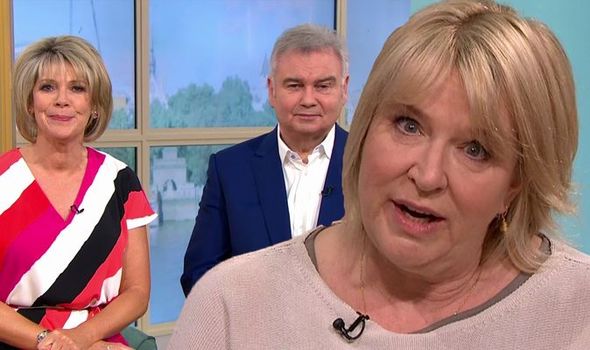 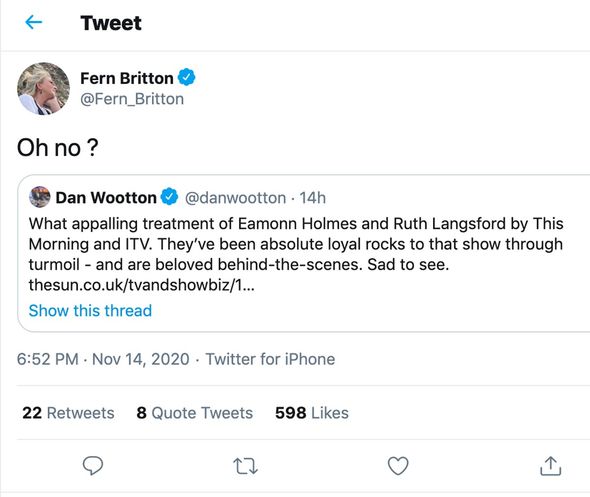 Before going on to share another statement from Dan that “Alison Hammond is a superstar who deserves the world”.

Underneath fans weighed in on the situation as they said it had not been the same since Fern left This Morning.

One wrote: “As I said before This Morning seems to have a knack of cr**ping over its best presenters. Know it sounds like a**e kissing but the truth show hasn’t been the same since you left.”

A second typed: “Is this fake news!? Oh, this is not right. Eamonn and Ruth are fab, I really feel for them. Another stupid decision this year.” 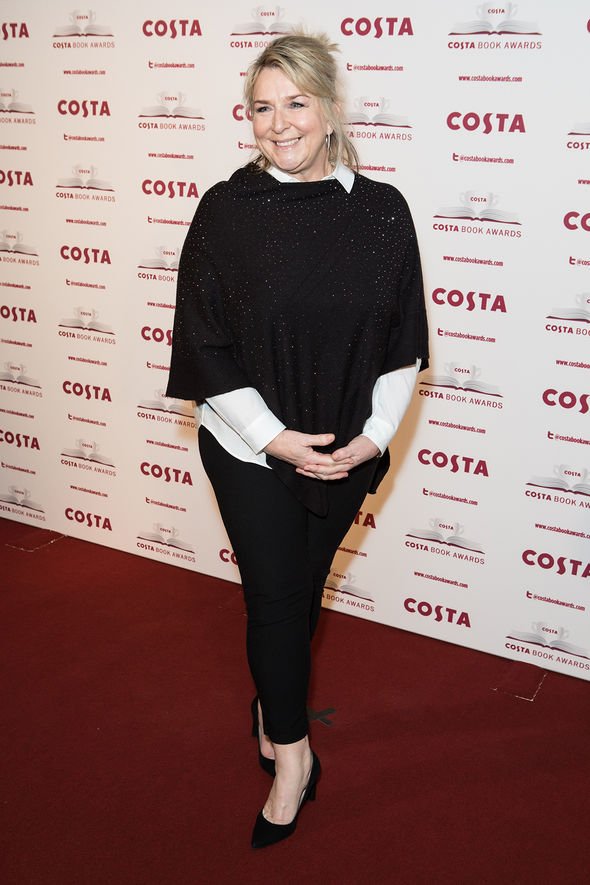 A third responded: “Alison and Dermot will be a lovely change on a Friday, but it would be nice to give Eamonn & Ruth a day too. “

Eamonn and Ruth have both been presenting on the programme for 14 years.

An insider revealed to The Mirror that the pair are “pretty furious” over the news but sometimes “tough” decisions must bet made.

They said: “Eamonn is pretty furious and everyone feels for him and Ruth, they are well-liked on the team, but sometimes tough decisions have to be made.”

Alison and Dermot are said to have impressed ITV bosses when they took over hosting duties over the summer during Holly Willoughby and Phillip Schofield’s six-week break.

Ruth and Eamonn joined This Morning in 2006 and have been presenting the Friday programme ever since, while Holly and Phillip host from Monday to Thursday.

‘Executives at @thismorning best not be trying to axe @EamonnHolmes and @RuthieeL to fill their diversity quota.

Earlier this year Eamonn responded to a fan after they tweeted that ITV should not “axe” him and Ruth to “fill their diversity quota”.

The fan typed: “Executives at @thismorning best not be trying to axe @EamonnHolmes and @RuthieeL to fill their diversity quota.

“They’re brilliant hosts and nothing about the show needs changing! If it ain’t broke, don’t fix it! @ITV#ThisMorning#ITV.”

Eamonn replied with a praying hand emoji to the tweet.

Dionne Warwick and Jenny Lumet on the Elegance of Lena Horne

Charlie Dimmock partner: Does Charlie have a partner?