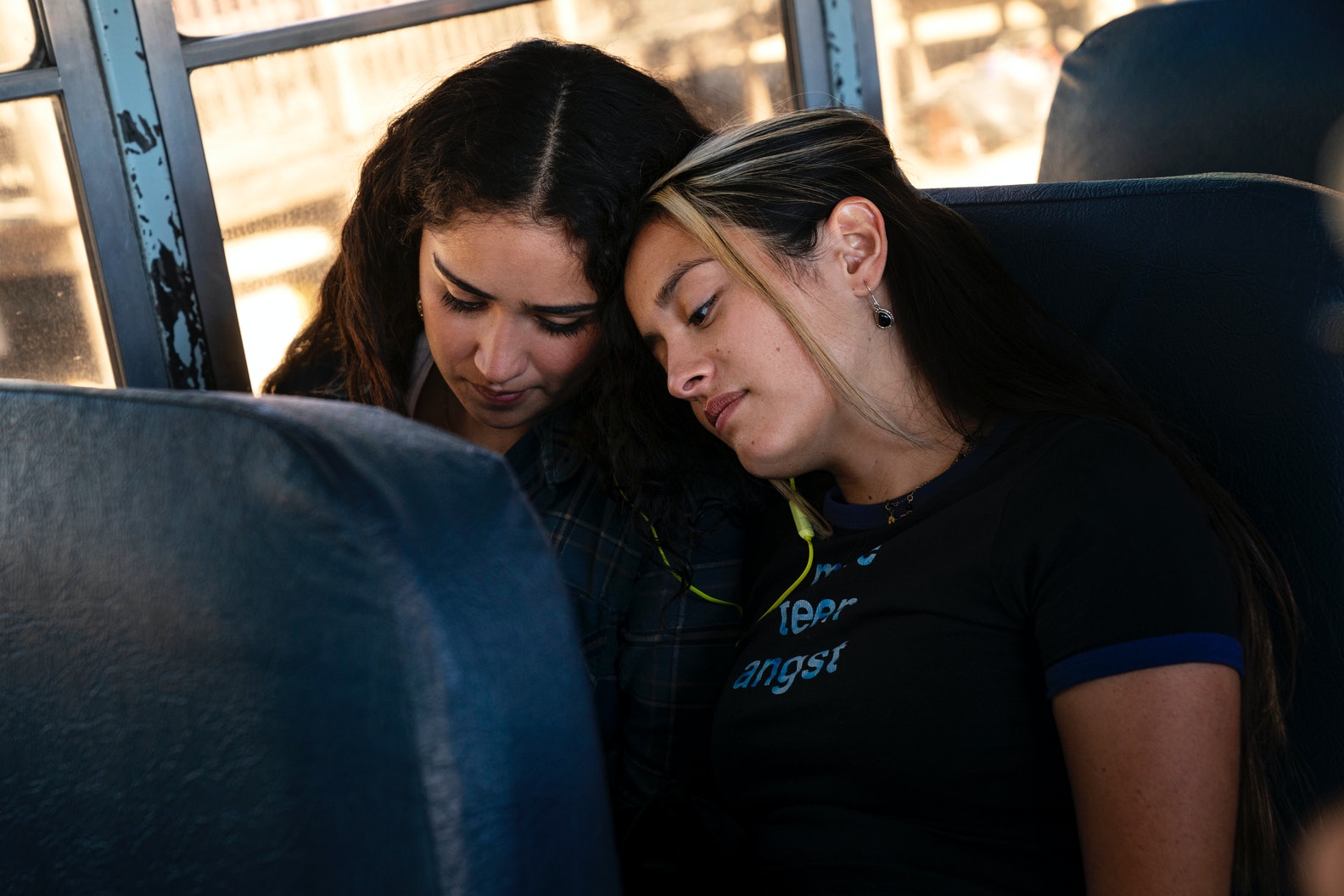 With plenty of Gen Z antics and relatable coming-of-age drama, Generation is becoming one of the most exciting new teen shows out there. It follows several high schoolers as they embrace their identities and experience the highs and lows of first love, and fans are already shipping one potential couple — Greta and Riley — like, so hard. It’s not just the fandom, either. Generation star Haley Sanchez also hopes Greta and Riley are endgame.

Despite the joys of watching a will-they-won’t-they pairing, Sanchez is ready to see Greta and Riley get together for real and become an iconic teen show couple. "I love Griley. As a huge fan of the show, I’m rooting for them," she tells Elite Daily. "I hope they’re endgame."

Warning: Spoilers for Generation through Episode 8 follow. The duo has been a slow burn for the first half of the season. Wallflower Greta was already dealing with a lot at the start of Season 1, since her single mom Sela (Patricia De Leon) had recently been detained by ICE and she was living with her cool aunt Ana (Nava Mau). But that didn’t stop her from developing a crush on Riley (Chase Sui Wonders), a confident photographer and fellow member of their high school’s Gay-Straight Alliance Club.

Although Riley didn’t open up to a lot of people, she and Greta formed a fast friendship. The duo grew closer and closer as the season went on, as Greta became Riley’s photography muse and they bonded over their respective family troubles. As the Gay-Straight Alliance Club embarked on a field trip to San Francisco in Episode 7, Greta and Riley finally shared their first kiss, but a panicked Greta suddenly cut things off after Riley began undressing. "I’m not like you. I don’t just hook up," she said, leading a heartbroken Riley to hook up with their classmate Lucia (Marisela Zumbado) instead as she held back tears.

While Greta and Riley didn’t have the big romantic moment many fans were hoping for before the show went on hiatus, that doesn’t mean they won’t get together eventually. During Generation‘s mid-season finale, which hit HBO Max on April 1, there was still plenty of tension between the pair as they helped their friend Delilah (Lukita Maxwell) figure out what to do with her unexpected baby. At the end of the episode, Riley began to text Greta, "I miss us" before leaving the message unsent.

Sanchez can’t reveal much about what happens next for Griley, but she’s excited for fans to see it play out. "I think the fans should watch their relationship grow organically because I think what’s really cool about this show is that you get to see [the characters] from the perspective of almost spying on [them]," Sanchez says. "I just want people to sit and experience everything for the first time, just like the characters are." 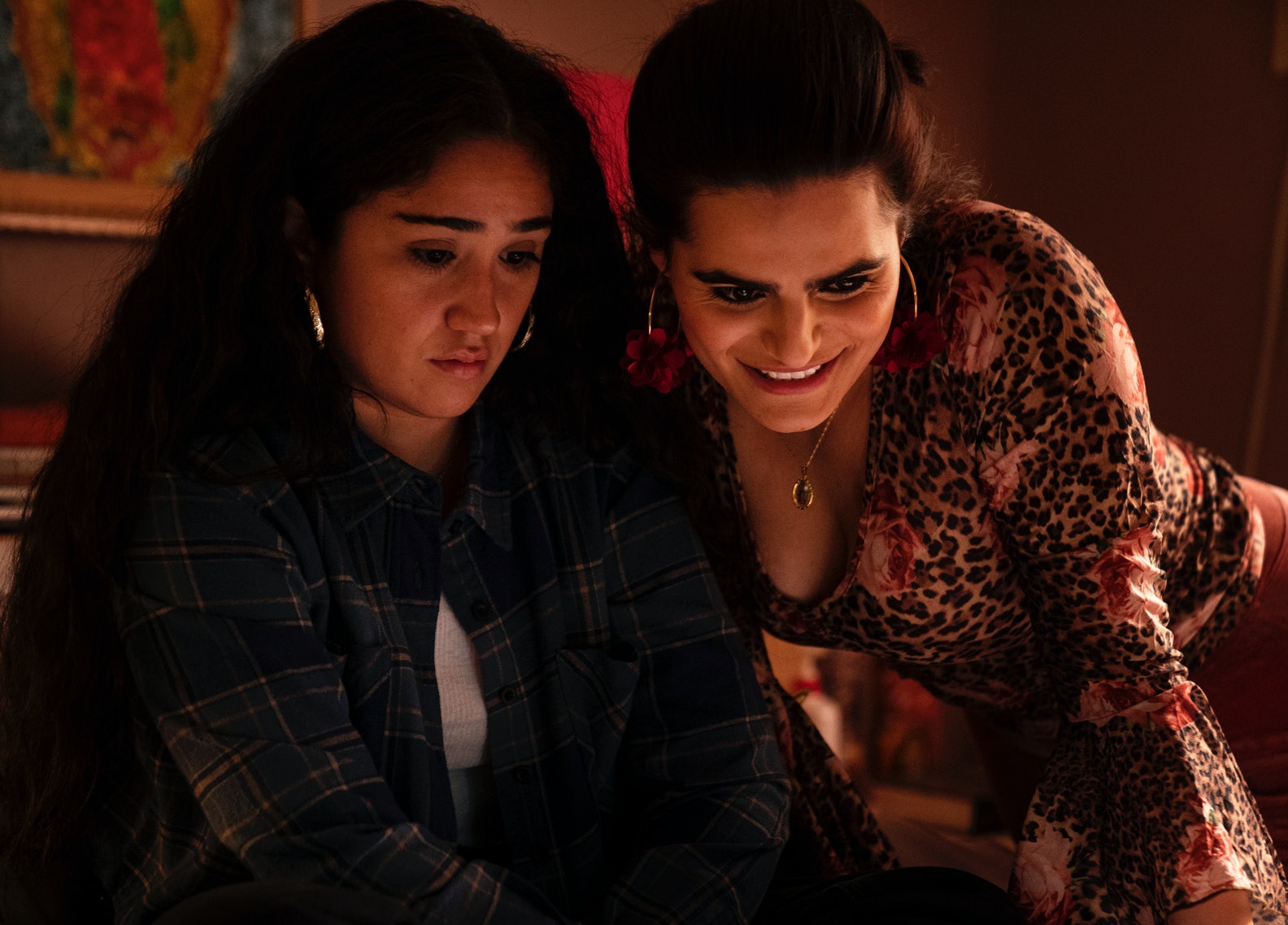 Hopefully, viewers can watch Greta and Riley become endgame, but before that happens, Greta has other relationships she needs to deal with in the meantime — particularly her rocky relationship with her more traditional mom, who hopes to return home soon. "Greta is really finding this freedom when [Sela is] gone, which is unfortunate, because she’s dealing with being like, ‘I miss my mom, but I also have this freedom to be who I want when she’s not here,’" Sanchez says. "So I think the struggle of trying to maintain being herself when her mom is home is going to be a difficult thing."

Viewers will have to wait and see how Sela will react to Greta and Riley’s relationship – whatever that may look like — when Generation returns for the second half of Season 1 later this year.

The first eight episodes of Generation Season 1 are now on HBO Max.

Yung Miami Shades Brandy Because She Doesn’t Know Her