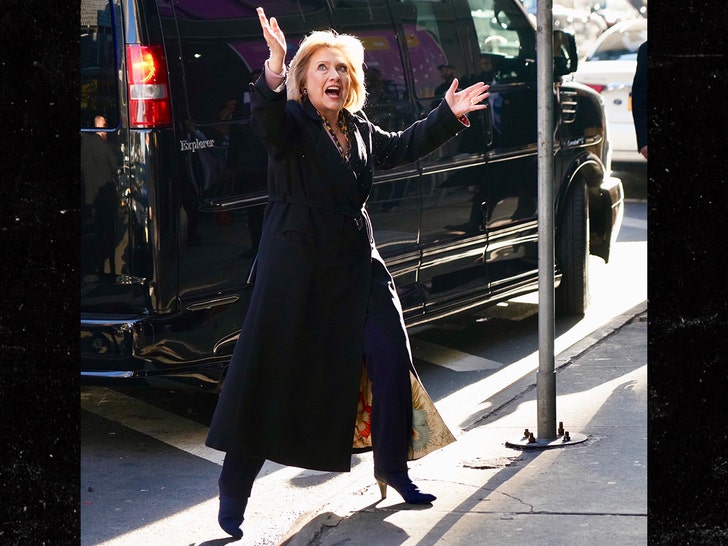 Hillary Clinton is at our doorstep once again — but she’s still sitting on a fence politically … not quite ready to endorse Joe Biden, and per usual, taking shots at Bernie Sanders.

The former Secretary of State walked into the ABC Studios Tuesday in NYC, where she was set to plug the new Hulu doc about her life, “Hillary,” while also talking shop on a day folks in 14 states are voting in their respective Democratic primaries. No endorsements, though.

HC was asked why she hadn’t gotten behind Biden yet, as so many others did on Monday night — including several ex-candidates like Buttigieg, Klobuchar and O’Rourke. 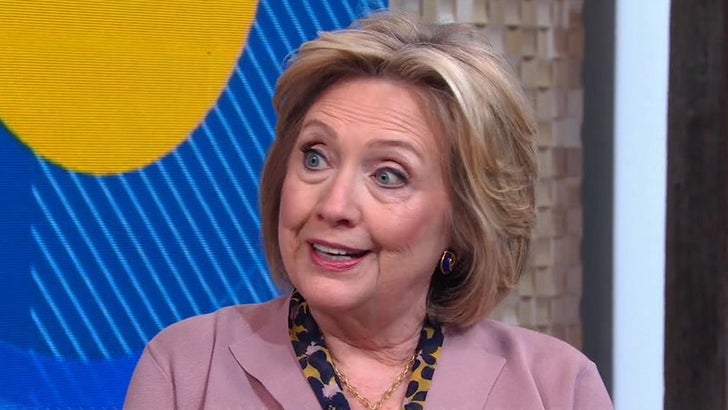 She says it’s still early in the game, and it sounds like she’s waiting to see who the country ultimately picks before offering her support. FWIW, Barack hasn’t endorsed anyone either.

As for her old friend Senator Sanders … still no love lost there. Hillary says she thinks it’s BS he wants to tweak the convention rules about super delegates and give the nomination to the candidate who walks in with the most votes day of. He settled for the opposite in 2016.

In her doc, she says Bernie got nothing done in Congress and that nobody liked him or wanted to work with him.

We’ll see what voters have to say today.

Cara Delevingne Dines at the Chateau Marmont with the Qualley Sisters