Home » Celebrities » Is This Proof That Most Kardashian 'Photoshop Fails' Are Intentional?

If you’ve ever checked out any of the Kardashian’s Instagram pages, you can tell they love to photograph themselves. Several of their posts show the Kardashian/Jenner clan cooking, putting on their makeup, and hanging with their kids. It is definitely no secret that this family loves to photograph every aspect of their lives.

The Kardashians love to share their life with fans, and they make sure they look their best while doing it. In the past, many fans have accused the family of doctoring up their pictures with Photoshop. Recently, Kourtney Kardashian posted a photo to her Instagram page that made fans think that she also uses Photoshop. Most of their Photoshop mishaps seem to be so obvious, many fans wonder if the Kardashian’s Photoshop fails are intentional.

The Kardashians’ many Photoshop fails

The Kardashians are not afraid to go to great lengths to get a perfect photo of themselves. While many fans can tell that a lot of their photos have been Photoshopped, not every one is a fail. However, when the Kardashians do post a Photoshop fail, it is a very obvious fail that almost anyone could easily point out.

For example, Kim Kardashian had posted a photo of herself on Instagram while she was standing in front of a mirror. In the picture, she looks great. The only problem is that a few hours later, she was photographed by paparazzi while wearing the exact same outfit. Fans quickly noticed her waist looked considerably bigger in the paparazzi photo than it did in the Instagram photo posted a few hours prior.

Throughout the years, there have been other obvious Photoshop fails that have been posted by the Kardashian/Jenner sisters. Recently, Khloé posted a photo on Instagram standing in front of a mirror in what looked to be her bathroom. At first glance, the picture looks normal; once you take a closer look, you can see in the background that the side of the bathroom door seems to have an unnatural curve.

Date night, even though she ditched me half way through .

About a week ago, Kourtney Kardashian posted a picture of her and Khloé Kardashian as they left for the Oscars. Khloé looked very chic with her new haircut and elegant white gown. But it was how Kourtney looked that really got the fans’ attention.

In the picture, Kourtney can be seen with her hand gently resting on the wall behind her. While she does look elegant, fans were quick to notice that her hand was looking a little strange. In the photo, her thumb looks to be very long. Some suggested the camera captured her hand at a weird angle, and her long-looking thumb is just an optical illusion. Other fans think the fact that her thumb looks to be the same length as her fingers proves that the photo has been Photoshopped.

Are the Kardashians’ Photoshop fails intentional? 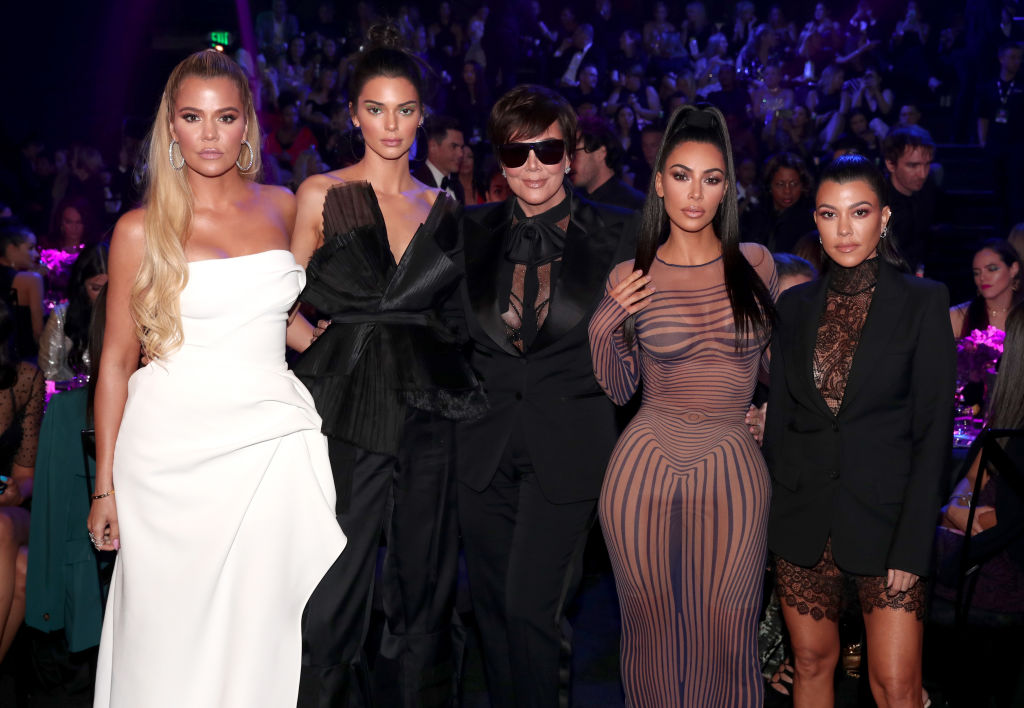 The latest Photoshop blunder that Kourtney posted has many fans thinking that the Kardashians are purposely posting their Photoshop fails for attention. When one Reddit user saw Kourtney’s recent Instagram post, they said, “This is one of those situations where I really believe that they intentionally have Photoshop ‘fails’ for attention. I saw a mistake on Kylie’s story for Valentine’s Day but it looked intentional because it was also an advertisement, so if someone was to share it, they would basically be providing free advertisement for her brand.”

So, do the Kardashians intentionally post Photoshop fails? It’s hard to say for sure, but as many mistakes as they have been making lately, it definitely seems possible.