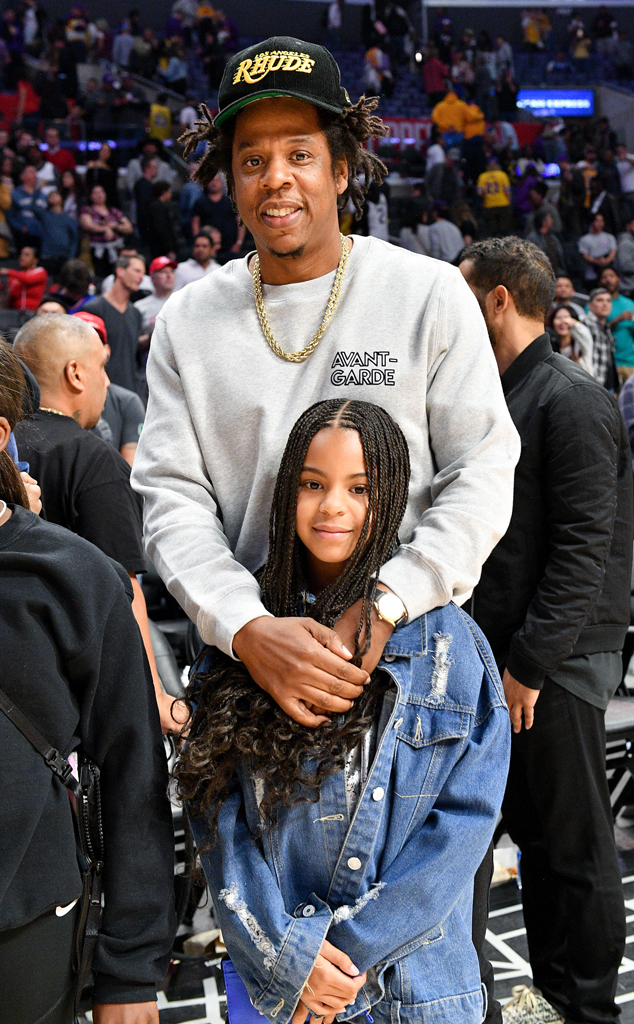 It was a father-daughter day for Jay-Z and Blue Ivy Carter.

On Sunday afternoon, the dynamic duo stole the show… or should we say the court, as they attended a the Lakers basketball game against the L.A. Clippers.

The two sat courtside at the Staples Center in downtown Los Angeles and appeared to have a fun-filled time.

At one point, photographers captured the 50-year-old producer and rapper smiling from ear-to-ear, as he proudly sat next to his baby girl. Blue also appeared to be having a good ole time with her famous father, too.

The 8-year-old star was seen snacking on chips, laughing with her dad and enjoying the game all-around.

When the game ended, the daddy-daughter duo posed for photos with some of the players, including JaVale McGee and LeBron James.

In fact, the 8-year-old cutie shared a special moment with James. She was all smiles as she spoke with him before he went into the locker room.

For the afternoon outing, both Jay and Blue kept things casual with their fashion.

The rap legend donned a gray sweater with the message “Avant-Garde” written in black text. He paired his outerwear with black joggers, a matching belt, white tee and sneakers. 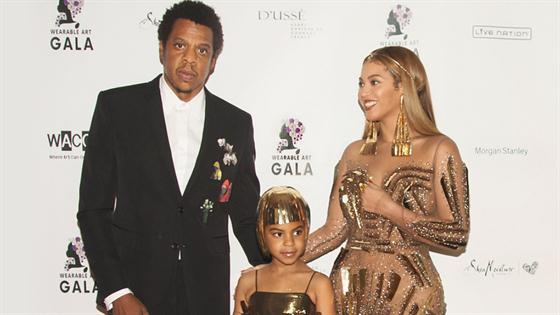 Moreover, he accessorized with a gold-chain necklace and Los Angeles Rhude hat by designer, Rhuigi Villaseñor.

Blue also opted for a casual-chic ensemble, as she donned a cool denim jacket with the words “Blue is my name” written on the back. She donned black leggings and matching combat boots by Fendi.

Noticeably absent from today’s game? Beyoncé and her twins—Rumi Carter and Sir Carter.

However, Chrissy Teigen and John Legend were also spotted sitting courtside. 2 Chainz, Maverick Carter and his daughter, Lyra Carter, also joined in on the fun at the Staples Center.

Jennifer Aniston on Walking the Red Carpet for Decades: 'I Don't Want To Be Looked At'