Home » Jesy Nelson Reveals ‘Breaking Point’ That Led Her To Leave Little Mix: I Had A ‘Panic Attack’

In her first interview since leaving Little Mix in 2020, Jesy Nelson opens up about the pressure she felt in the band, and what finally pushed her to call it quits.

Jesy Nelson left Little Mix in Dec. 2020 for the sake of her mental health, but there was one specific moment when she knew she had to put the girl group in her past. In a new interview with Cosmopolitan UK, Jesy recalled filming the band’s video for “Sweet Melody” in 2020, which brought her insecurity level to an all-time high. “[That] was the breaking point,” Jesy admitted. “We’d been in lockdown, and [it was] the first time I could have a break and be and home around people that I love. It was the happiest I ever felt, and I didn’t realize that until I went back to work. I immediately became a different person. I had anxiety.”

Jesy explained that any time Little Mix filmed a music video, she would put an “enormous amount of pressure on [herself] to lose weight” beforehand. After gaining some weight in the coronavirus lockdown, the pressure was worse than ever this time around. “I’d put on a bit of weight, but I didn’t care,” she revealed. “But then they said, ‘You’ve got a music video in a couple of weeks,’ and I just panicked. I went on this extreme diet, with bloody shakes, and tried to eat as little as possible. On the day of the “Sweet Melody” video, I had a panic attack on set because I didn’t look how I wanted to look and i found it so hard to just be happy and enjoy myself. I looked at the other three and they were having the time of their life.” 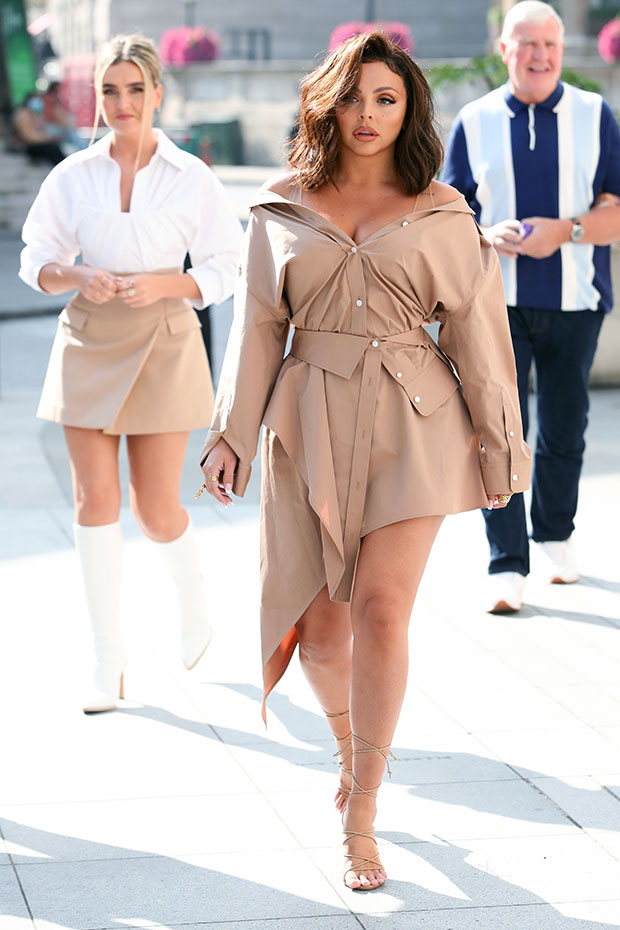 It wasn’t until “someone really close to” Jesy found her sobbing in the dressing room on the music video set, though, that she made her decision. “[They] said, ‘This has got to stop. You can’t keep doing this to yourself,’” she said. “For me, that was the pinnacle point. I was like, ‘I need to start taking care of myself now, because this isn’t healthy.’ It wasn’t nice for the other three to be around someone who didn’t want to be there.”

At that point, Jesy had been dealing with these insecurities for nearly ten years (Little Mix formed on The X-Factor in 2011). “I was too frightened to wear certain things in case I looked bigger than the others,” she admitted. “I’d wear corsets and s*** like that to make myself look the size they were.” Now that she isn’t worried about comparing herself to three other women, though, Jesy said she’s happier than ever. “Since I’ve left, I felt free,” she gushed. “I don’t wake up with anxiety thinking, ‘I’ve got to do a music video today, I need to starve myself’ or ‘I need to go on an extreme diet so I can look like the other three.’ That was consuming me.” 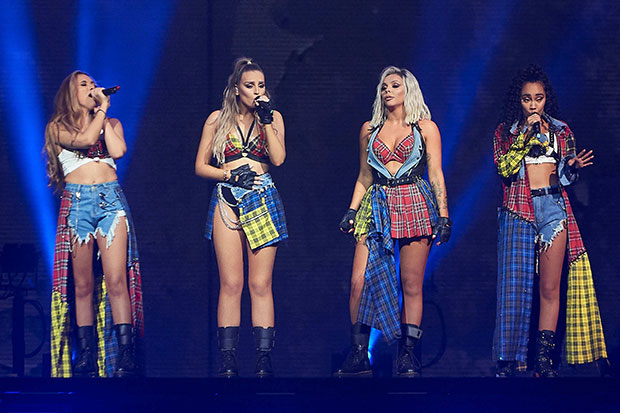 Since Jesy’s departure, Perrie Edwards, Leigh-Anne Pinnock and Jade Thirlwall have continued their journey as Little Mix, and even recently announced a tour for summer 2022. Meanwhile, Jesy is working on her own solo music. “Music is my life,” she admitted. “It’s so powerful for me. I’m in the studio just having fun. I loved the music I made with Little Mix, but it wasn’t the kind of music I listen to. It just feels so nice to be making music that I love. I feel really content and happy.”

JoJo Siwa & James Charles Give Each Other Makeovers With Their Styles!