Standing by her side. John Legend didn’t hold back when it came to defending wife Chrissy Teigen — and claimed Michael Costello shared fake screenshots from the model.

Chrissy Teigen’s Bullying Accusations: A Timeline of the Controversy

“Chrissy apologized for her public tweets, but after her apology, Mr Costello fabricated a DM exchange between them. This exchange was made up, completely fake, never happened,” Legend, 42, tweeted on Friday, June 18.

The singer linked to a report that questioned the validity of the 38-year-old fashion designer’s previous claims about the 35-year-old cookbook author. 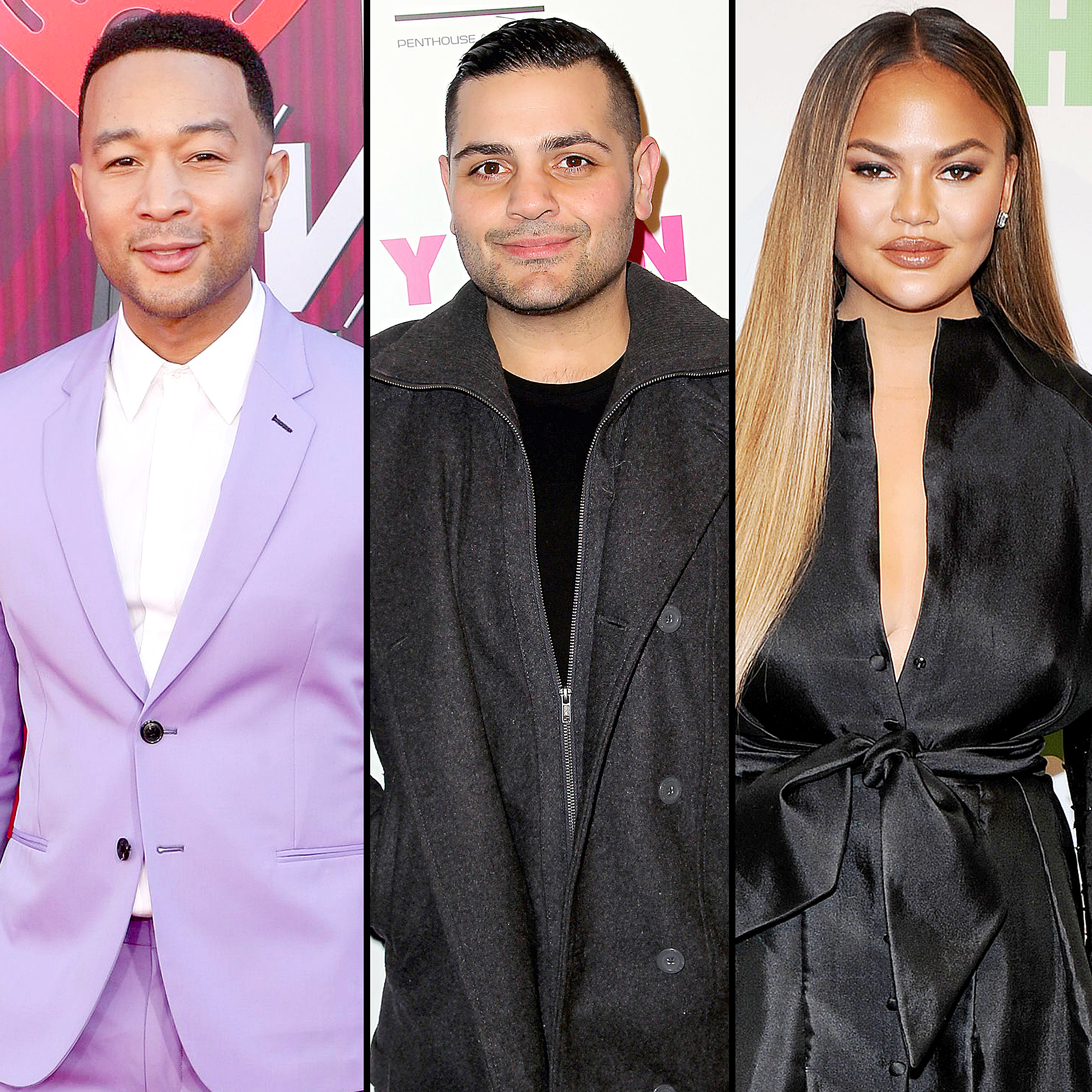 The Utah native’s team alleged to Business Insider that the screenshots “appear to be manipulated,” pointing out several inconsistencies. The photos of the messages that Costello said were from 2014 didn’t have a verified check next to Teigen’s name, even though her account reportedly already had it at the time. According to the outlet, the message colors and the video chat option weren’t available on Instagram until years after Costello claimed he received the DMs.

“Honestly I don’t know why anyone would fake DMs to insert themselves in this narrative, but that’s what happened,” Legend continued in a thread on Twitter. “I encourage everyone who breathlessly spread this lie to keep that same energy when they correct the record.”

Costello released a statement earlier this week claiming that the Cravings author sent him harmful messages and threatened his career shortly after she issued a lengthy apology for her past behavior on social media.

“For the past 7 years, I’ve lived with a deep, unhealed trauma,” Costello wrote on Monday, June 14, via Instagram. “In 2014, I received a public comment from Chrissy Teigen on my Instagram page, accusing me of being racist. She apparently formed her own opinion of me based on a Photoshopped comment floating around the internet which has now been proven to be false by Instagram and since taken down When I reached out to Chrissy Teigen to communicate that I was the victim of a vindictive cyber slander, and that everything she thought I was is not who I am, she told me that my career was over and that all my doors will be shut from there on.”

The Project Runaway alum detailed experiences of losing jobs over the years and believing that Teigen and her stylist friend Monica Rose had “gone out of their way to threaten people and brands that if they were in any shape or form associated with me, they would not work with any of them.”

Costello, who included screenshots of what he claimed were his interactions with Teigen on the social media app, added that the experience caused his mental health to suffer at the time.

Celebs Fight Back on Social Media

“I didn’t see the point of living. There was no way I can ever escape from being the target of the powerful elites in Hollywood, who actually do have the powers to close doors with a single text,” he wrote. “Not only was I the target of cyber defamation, I was also getting blocklisted [sic] in real life.”

After his post went viral, Costello released another statement the following day, telling Us Weekly that he doesn’t “wish ill on anyone,” but asserting that “actions speak much louder than a 10 minute apology written on a notepad.”

He added, “However, nothing takes away from the years of trauma being bullied and blacklisted in the industry has left me. I am not out for revenge. I only wish to speak my truth because I have been silenced for so long.”

Costello’s accusations came after Teigen previously apologized for messages that she sent to Courtney Stodden, who claimed in a May interview with the Daily Beast that the former Sports Illustrated model “wouldn’t just publicly tweet about wanting me to take ‘a dirt nap’ but would privately DM me and tell me to kill myself.”

Teigen initially addressed the 26-year-old singer’s comments via Twitter, writing, “Not a lot of people are lucky enough to be held accountable for all their past bulls–t in front of the entire world. I’m mortified and sad at who I used to be. I was an insecure, attention seeking troll. I am ashamed and completely embarrassed at my behavior but that is nothing compared to how I made Courtney feel.”

The Chrissy’s Court alum added at the time that she had reached out to the Couple’s Therapy alum personally. The following month, the former Lip Sync Battle host offered a more in-depth apology to others she may have hurt.

“As you know, a bunch of my old awful (awful, awful) tweets resurfaced. I’m truly ashamed of them. As I look at them and understand the hurt they caused, I have to stop and wonder: How could I have done that?” she wrote via Medium on Monday, June 14. “I’ve apologized publicly to one person, but there are others — and more than just a few — who I need to say I’m sorry to. … I understand that they may not want to speak to me. … But if they do, I am here and I will listen to what they have to say, while apologizing through sobs.”

In the lengthy post, Teigen expressed that there was “simply no excuse” for what she’d written in the past, but noted that she has been working on herself in therapy.

“Words have consequences and there are real people behind the Twitter handles I went after. I wasn’t just attacking some random avatar, but hurting young women — some who were still girls — who had feelings. … I won’t ask for your forgiveness, only your patience and tolerance,” she concluded. “I ask that you allow me, as I promise to allow you, to own past mistakes and be given the opportunity to seek self improvement and change.”

If you or someone you know is struggling with suicidal thoughts, please contact the National Suicide Prevention Lifeline at 1-800-273-8255.

There’s a Sale Happening on Apple AirPods – Check Out the New Price!