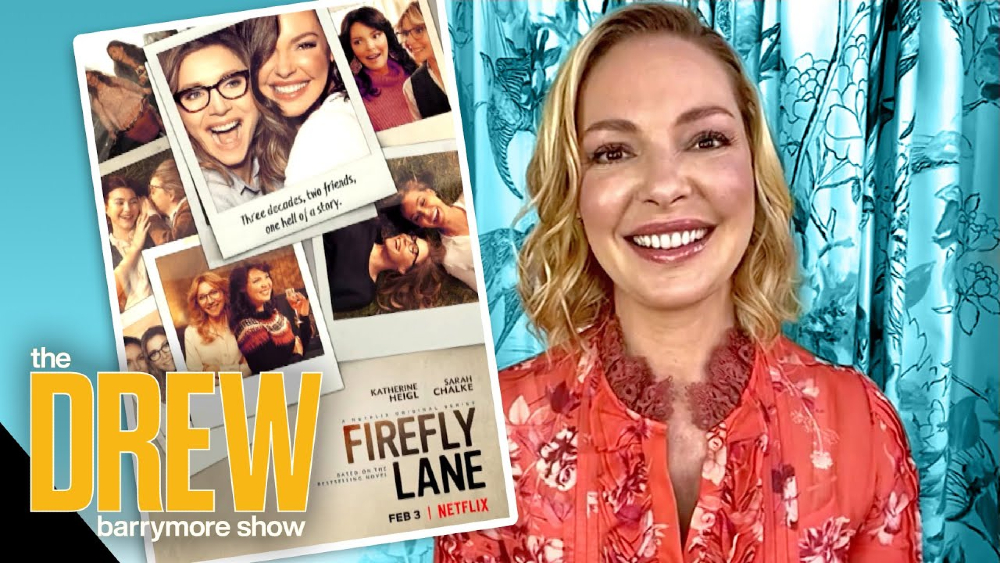 Katherine Heigl is doing press for her new Netflix series, Firefly Lane. I started watching it before I realized it was based on a Kristin Hannah trilogy. She’s not my favorite author. I finished the series because I had theories about what the big reveal is and wanted to see if I was right (I was). It was okay. Really bad hair – both natural and wigs – seemed to be a plot point throughout, it was comical. But Katherine was good. Sarah Chalke was fine for that role, although I wouldn’t call it a stretch for her. Most of the flashback actors, especially the girls, were very good, though.

Anyway, Katherine called in to Drew Barrymore’s show to talk about the series. Katherine and Drew have been friends for years, so we learned that, like Anne Hathaway, Katherine prefers to go by “Katie” and that “Katherine” is just her professional persona. However, when it comes to being a mom, Katherine sees herself more of a drill sergeant, because she doesn’t allow technology for her daughters. Or she didn’t, until someone showed her how to use Apple’s screen time app.

Am I getting this correct you don’t allow technology?
Until yesterday. I caved. But I only caved because Apple now has that feature, the screen time feature, and my girlfriend was recently visiting and she taught me how to use it. So I have ultimate control over the devices, and I feel like, okay this I can safely do this now. They can be safe on there and I can be sure they’re safe so they have access to like books I mean.

How did you get through the pandemic are you a saint? Are you a martyr?
I was almost a murderer. No, we started out allowing them to play that Roblox game, I don’t know if you’ve heard of this. I have not played it. I don’t understand it, but they would be in their rooms playing this game together, the two girls for like, I mean six to seven hours. We were pretty lax about it and then I realized that was wrong and not healthy. So I tried to scale it back. And then it was just this addiction for them. So I kind of had to just completely take devices away. But then as soon as I would turn around, somehow, my daughter would find a device and she was like doing Tik Tok videos and just – I don’t know how to do a Tik Tok video. And she doesn’t even have her own device! So I couldn’t figure out how has she learned how to do this.

I am the last person to comment on screen time because I don’t monitor my kids at all. I think we had rules once upon a time, when they were young. Even then, I’m sure any study, doctor or parent group would tell me I was still giving them too much time. But it sounds like Katherine’s concerns were the amount of time her girls were on their devices, but also not knowing what they were visiting and that I get. I’m extremely lucky that my kids don’t show much interest in social media. So there isn’t much to monitor for us. They do socialize with their friends (who I know) online, both in games and general messaging. Right now that’s all the socializing they have so I’m very lenient on time.

I do know the game Roblox that Katherine’s girls played. My kids would play it for hours too, many times meeting their friends there. I watched them play it in the beginning to get a feel for it. Then one day my daughter came out and told us some guy had asked to “lie down in bed with her.” Unless you know how to code, all the characters can do is lie down next to each other, but we told the kids they could not go into the houses of anyone we didn’t know. The kids talked about the game constantly, so I always felt like I knew what was going on. Still, Katherine is right to at least get a feel for who the girls are interacting with.

Katherine looked good, if not a bit distracting, in a pretty floral print blouse with a floral print curtain behind her. She was weirdly out of breath for the whole interview, though. She almost sounded nervous, which was odd considering she and Drew go so far back. But it was nice to see her back as a blonde as opposed to the brunette she sported for Firefly Lane. I think she can carry brown hair, but not that brown and not that flat. There were no highlights, it was so fake. I swear, the hair person on that show hated the cast, every single one. Except for Ben Lawson at the very end.

Here’s the first half of Katherine/Katie’s interview with Drew: 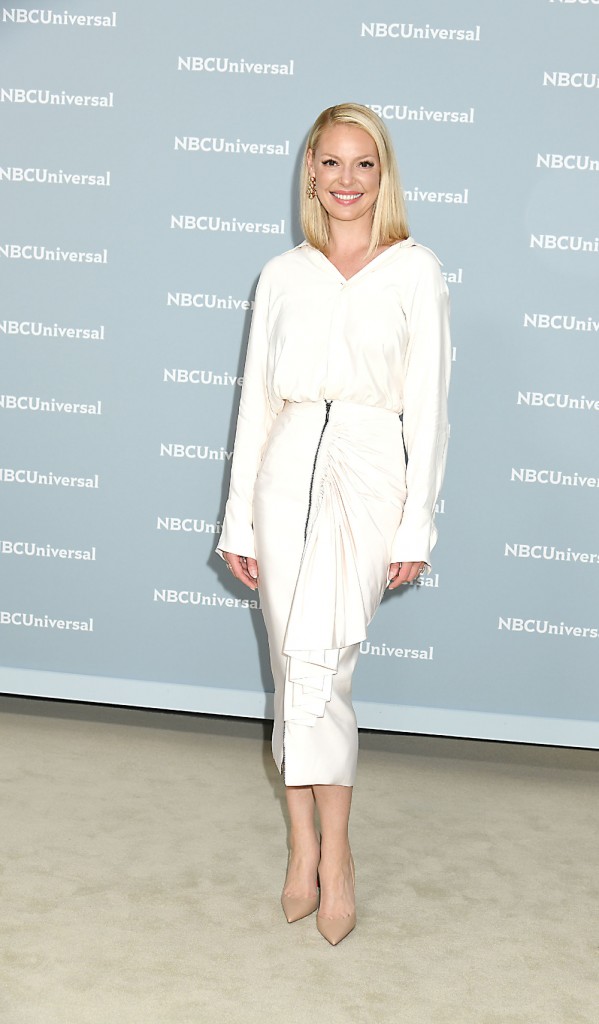