The ‘Kardashians’ star shares on Instagram that her fat mass has decreased to 18.8 per cent from 25 per cent last year and her ‘bones are stronger than 93 – 97 per cent of people.’

AceShowbiz –Kim Kardashian says she is “stronger” than almost 100 per cent of people. The 41-year-old reality star went to BodySpec clinic on Thursday, August 4 to undergo a full body report and also found that her fat mass had decreased over the last year and that she is now “athlete category.”

Speaking in a video posted to Instagram, she said, “Okay guys, so a year ago my body fat percentage was 25 per cent and now it is 18.8 per cent. That’s athlete category, you hear that? You hear that? My bones are stronger than 93 – 97 per cent of people.”

The news comes just hours after it was revealed that “The Kardashians” star, who was married to rapper Kanye West from 2021 and has North, nine, Saint, six, Chicago, four, and three-year-old Psalm him but is now dating comedian Pete Davidson, 28, revealed she had undergone a “game-changing” stomach tightening procedure but admitted it was “painful.”

Alongside a picture of her swollen abdomen, she wrote, “This is a game changer!!! I did morpheous laser to tighten my stomach @drghavami ‘s spa @gpsaesthetics I think this is my fave laser but it’s painful lol but worth it.”(sic) 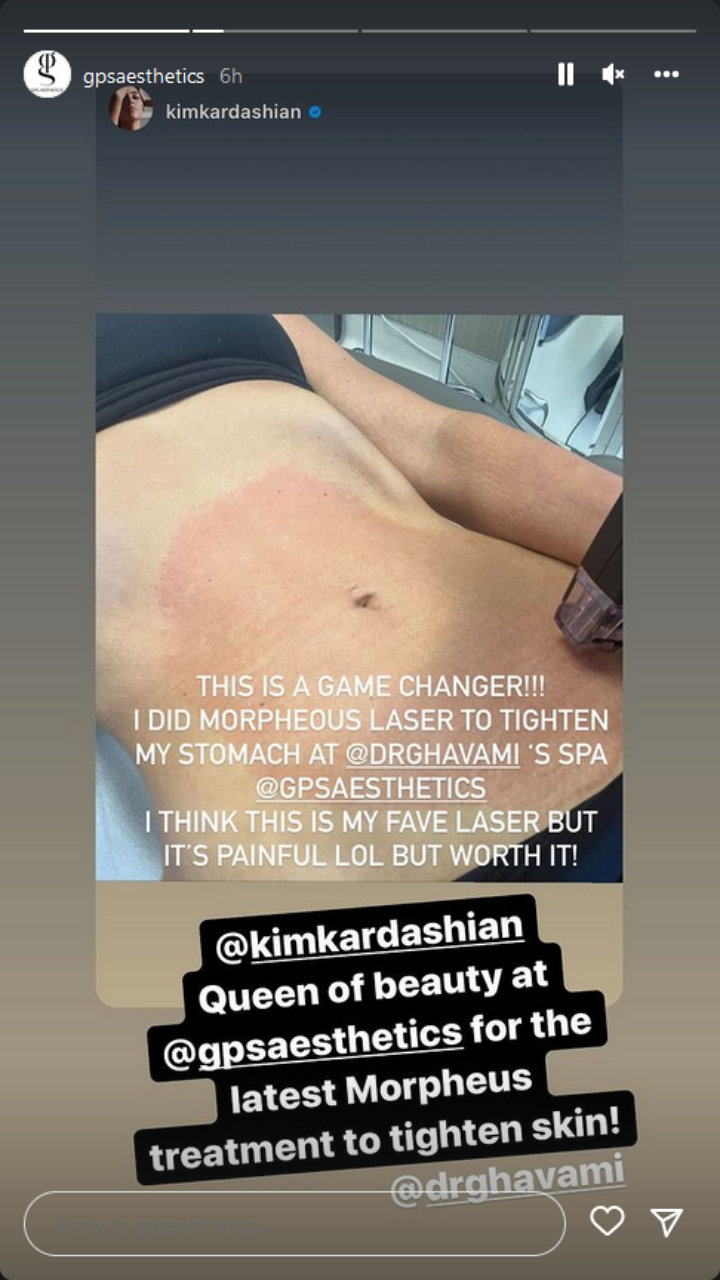 Kim Kardashian gave a look at her stomach tightening procedure.

Just weeks prior, the SKIMS founder reflected on how she no longer “cares as much” about looking glamorous.

She said, “I just don’t care as much. I love to just be in no makeup. Whereas before, I would’ve been so insecure with no makeup on and just that wasn’t me. Now, I’m like, ‘Are you kidding me?’ It’s the opposite. I just love feeling so comfortable that you can just be you, show up how you want. Some days it’s dressy, full glam, some days it’s not. And it is what it is.”