Kristin Scott Thomas opened up exclusively to Us Weekly about 25 things you might not know about her — including her favorite hobbies, her dislikes, such as horses and crocodiles, and her secret talent. Read on to learn more about the Military Wives actress.

1. I love doing laundry. It gives me a great feeling of peace and accomplishment.

2. My first job was counting cars in a car park. I only had this job for two days. It was beyond boring.

3. I have a passion for ham sandwiches. The trick is a crusty baguette and pickles.

4. Despite those ham sandwiches, I can still wear a dress I first wore in 1977. I just wore it to a party last summer. It actually belonged to my mother.

5. I like to work with weights at the gym. I don’t do the ones where you have to grunt.

6. My favorite place in France is my home [in Paris], but if you’re visiting, don’t miss the Vézelay Abbey in Burgundy.

7. I’m never happier than when I’m wearing a boilersuit. I have five of them.

9. I love the smell of engines. There’s something so great about them.

10. I’m a cheap date because I love a pint of Guinness and some chips in a pub.

11. I’m a huge football fan. I just fell in love with the Leicester City Football Club. 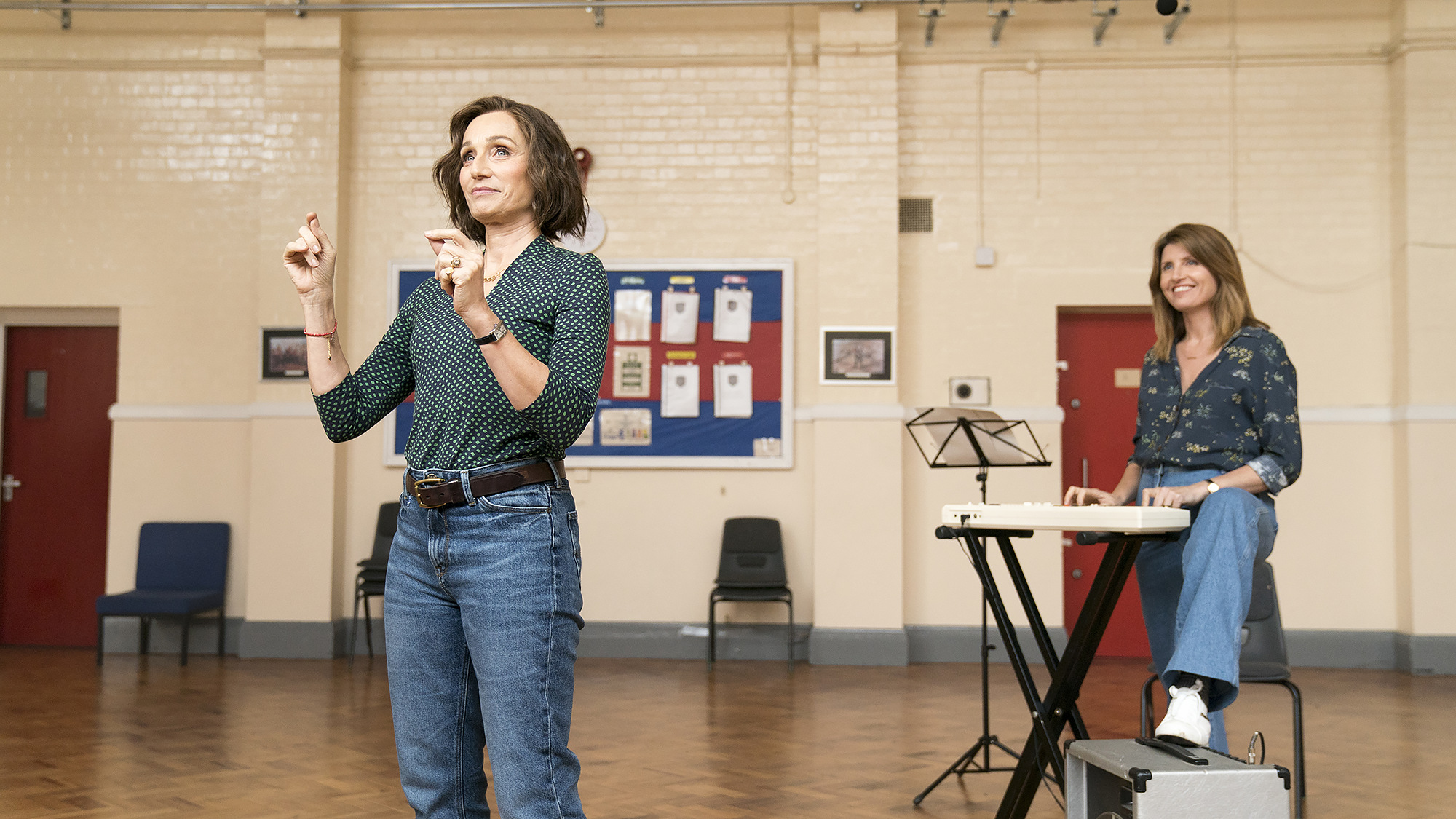 12. I’m a great admirer of Lizzo. My favorite song is “Phone.” The words are brilliant.

13. I’m very good at parking cars. I can fit in remarkably small spaces. People hate watching me do it. It makes them nervous.

14. I enjoy cheese that smells like the farmland it came from.

15. Even though I’m a stage actress, I’m terrified of speaking in public.

16. I’m good at preparing fish, but I’m a dreadful baker.

18. I enjoy needlepoint. My favorite is a cushion with sunflowers that I gave to a woman who helped me out on [Military Wives]. It took me so long to do, I couldn’t even look at it anymore.

19. I don’t like horses even though I have to ride them a lot [for roles]. They’re big, and you don’t know what they’re going to do!

20. I love walking around and taking in culture. I’m not easily entertained.

21. I loved playing the queen in The Audience — that was my favorite theater production. I like making audiences laugh; much nicer than making them cry.

23. I love watching dance, but I’m not a dancer. I can pick it up, but I forget right after. That’s the plight of being an actress. If you remembered everything you ever learned you’d be a disaster.

24. I took home some shirts, pants and the boots that I wore in The English Patient. I still wear the boots.

25. After lunch, I love a snooze — that’s an English word for a little nap.

Military Wives is out in theaters on May 22.