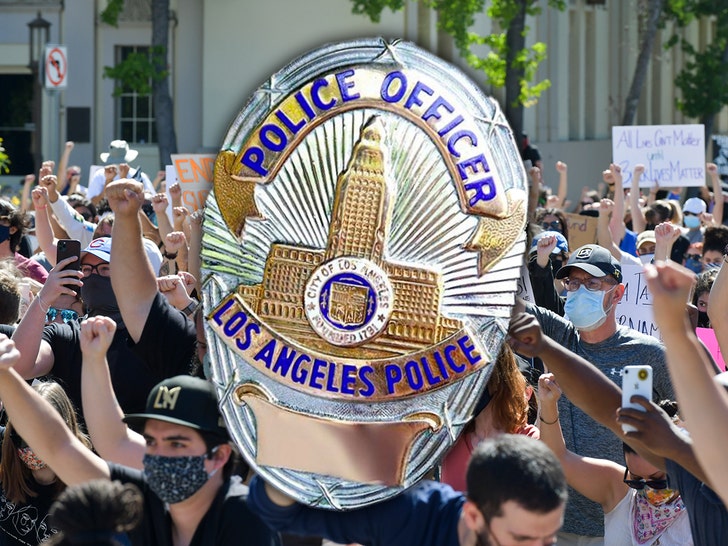 A woman who says she was treated like an animal after getting arrested at a protest in the wake of George Floyd‘s death, is taking legal action against the LAPD and the L.A. County Sheriff’s Department over an alleged night of terror while in confinement.

Laura Montilla just sued the City of L.A., Police Chief Michel Moore and other L.A. law enforcement officials … claiming she and a bunch of other peaceful BLM protesters were wrangled up like cattle earlier this month by cops who showed no humanity.

In her docs, obtained by TMZ, Montilla claims a bunch of officers in riot gear prevented her and others from leaving a June 1 protest when a 5 PM curfew went into effect. She claims they pounced on protesters and arrested them.

She goes on to say they were all thrown on buses and detained for several hours without food or medical attention. Montilla also says cops never told them where they were and claims they never read her Miranda rights.

It gets worse … Montilla says some people were having panic attacks and pissing themselves on the bus, but the police ignored them … and even allegedly tried drowning out their cries by blasting loud heavy metal music. She also says cops “aggressively touched and groped her body by patting their hands aggressively on her vagina and breasts in four separate instances.”

Montilla also claims her zip ties were on so tight, she lost feeling in her right hand and had bruises and abrasions for days after her arrest.

Once the cops were ready to cut people loose, Montilla says they dumped all these protesters in the middle of a Westwood neighborhood in the middle of the night, but provided no safe way home or access to communication … she says they were left to fend for themselves.

Gwen Stefani Is Worth More Than You Think – The List

Pregnant Mandy Moore Gets Candid About Preparing for Motherhood