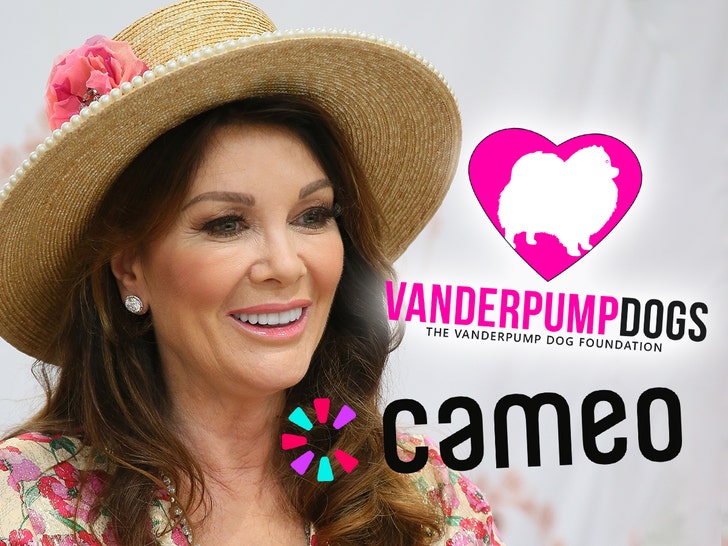 Lisa Vanderpump‘s barking up the RIGHT tree when it comes to raising money for her dog foundation … ’cause she’s using Cameo vids to raise big bank for the pups!!!

So, get this … Lisa usually hosts a huge in-person gala for her Vanderpump Dogs Foundation but when the pandemic hit last year, those plans went kaput — and that’s when Lisa made a brilliant pivot.

The ex-‘Real Housewives’ star turned to Cameo to raise the money, and so far, after recording more than 1,100 Cameo shout-outs, we’re told she’s hauled in $215k … with more to come.

All proceeds from her $275-per-video fee go straight to her non-profit dog rescue org to fund all kinds of necessities — housing hundreds of dogs and getting them medical treatments.

We’re told the foundation’s executive director, Dr. John Sessa, and Lisa’s daughter, Pandora, have also been instrumental in raising funds for the org outside of Lisa’s Cameo gig.

Just to give you an idea of how much time LV’s putting into this … we’re told, at one point, she recorded roughly 50 videos in one sitting. #GoodHooman.

And, those who are still new to her work with dogs will soon get a closer look.

Peacock, NBC’s streaming service, just announced Lisa’s new show, “Vanderpump Dogs” … which will follow the stories and adoptions that go down at her foundation in WeHo.

“I’m living under the Italian coronavirus lockdown. This is what it’s like.”