Louise Minchin, 51, regularly takes to Instagram and shares snippets of her day-to-day life. It was no different today when the BBC Breakfast host took to the picture-sharing site and shared a snap alongside her colleague Dan Walker, 43.

The TV broadcaster revealed the pair are practising “social distancing” amid the coronavirus pandemic.

In view of her 48,700 followers, Louise uploaded a photo of herself pulling a face directly into the camera.

But she was sitting at a distance from her co-star Dan, who could also be seen leaning further back.

Louise captioned the post: “Good morning, I hope you are all OK. I am moving closer to the edge of the @bbcbreakfast sofa #socialdistancing breakfast style.” 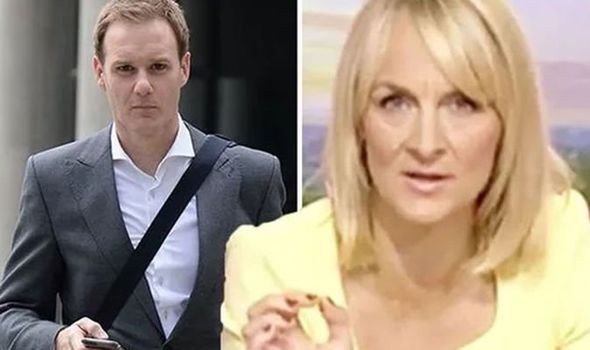 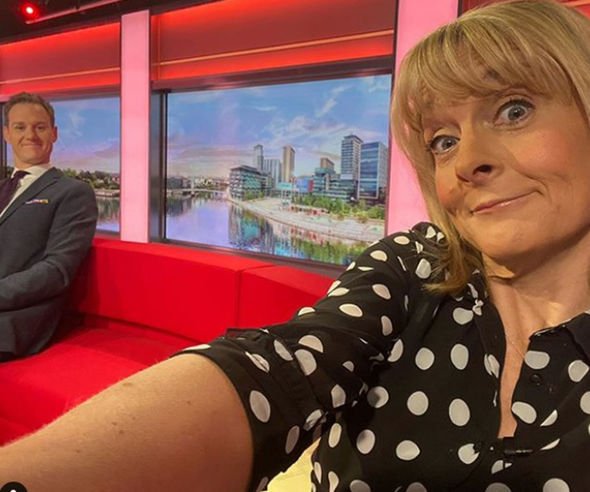 Fans flocked to comment on the post, with many people praising the pair for practising social distancing.

Another social media user added: “Soon I’ll have to watch you in different rooms.”

While a third person quipped: “Dan’s new aftershave is really kicking in lol.”(sic) 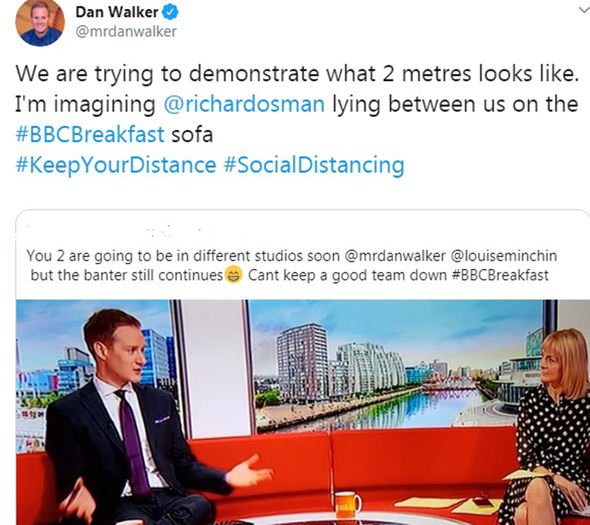 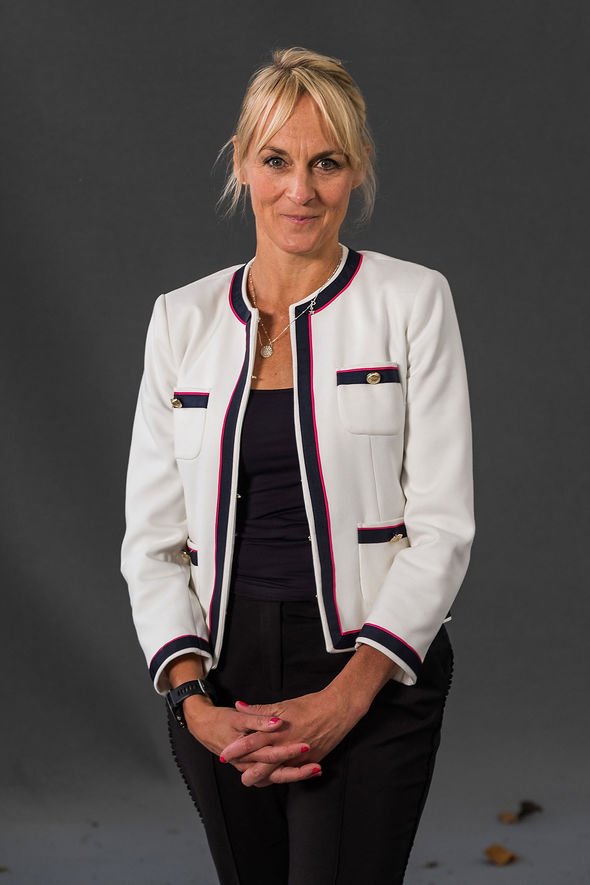 It wasn’t long before Louise’s BBC Breakfast colleague took to Twitter to explain the pair’s decision to sit far apart on the sofa amid coronavirus fears.

It came as a social media user quizzed why the pair were sitting so far apart on the sofa.

The person in question asked: “@mrdanwalker @louiseminchin Any reason for the massive #socialdistancing on the sofa this morning?”

In a previous tweet he responded to a social media user, who commented: ” “You two are going to be in different studios soon @mrdanwalker @louise minchin but the banter still continues. Can’t keep a good team down #BBCBreakfast.”

Dan replied: “We are trying to demonstrate what two metres look like. I’m imagining @richardosman lying between us on the #BBCBreakfast sofa #KeepYourDistance #SocialDistancing.”

It comes after recent reports have suggested that Prime Minister Boris Johnson may enforce an Italy-style lockdown to encourage social distancing in an attempt to curb the spread of the coronavirus.

There are increasing concerns that the general public are not listening to the Government’s warnings.

At the weekend, pictures emerged of people walking through parks and attending markets despite the Government’s advice to stay at home.

Today, the House of Commons will also debate the Coronavirus Bill in all its stages in order to give the Government added powers to stop the outbreak of the Covid-19.

The bill will be enshrined into law later this week and will allow such measures as closing ports and airports.

The Government has also sent out 1.5 million letters to the elderly and those who are vulnerable to the virus.

The letters ordered those groups to remain at home as part of a “shielding” process to protect them from the rest of the public.

BBC Breakfast airs weekdays on BBC One at 6am.