Louise Minchin on 'nightmare' of doing her own makeup for TV

Louise Minchin, 52, took to Twitter and offered a congratulatory message after it was announced that Owain Wyn Evans, 36, will be presenting the weather forecast on BBC Breakfast today. The journalist and meteorologist is best known for hosting BBC Radio Wales alongside Carol Vorderman, 60, as well as fronting the weather on the news programme North West Tonight.

Louise took to the micro-blogging site and shared her excitement as a new addition has been added to the lineup.

It comes after Owain tweeted: “I am very excited to say that I’m presenting my first @BBCBreakfast weather tomorrow morning! Join us bright and early, @BBCOne Television Sun with rays @jonkay01 @TVNaga01.”

The Breakfast host was one of the first to offer a heartfelt message to the weather presenter.

In view of her 200,000 Twitter followers, Louise penned: “Yay welcome to @BBCBreakfast great to have you with us Owain.” 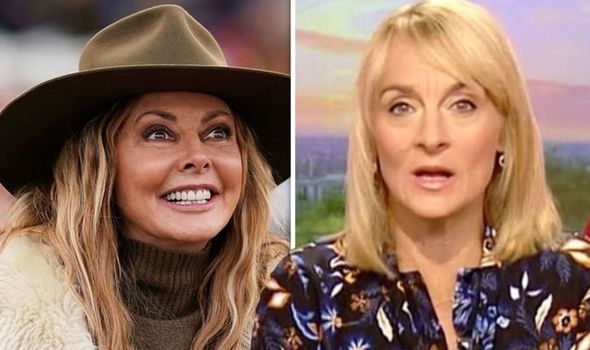 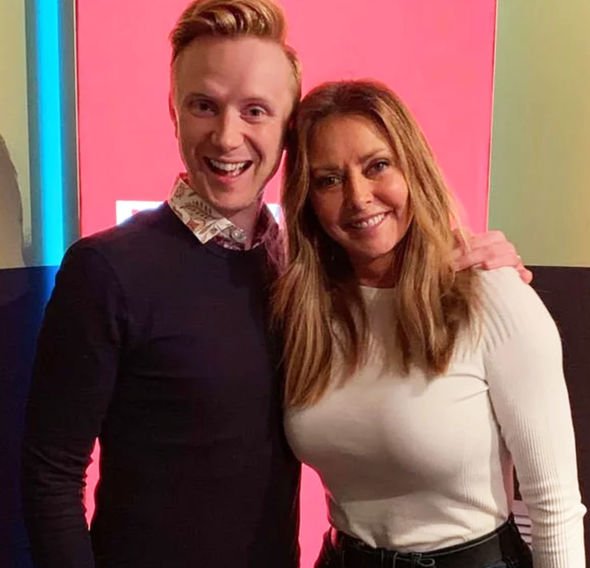 The meteorologist replied: “Thank you Louise!”

“Very excited to be alongside (socially distant) the fabulous @OwainWynEvans on his @BBCBreakfast debut. We know he won’t miss a beat and it promises to be one of those ‘man of the match’ debut performances.”

Viewers inundated the comment section, as one wrote: “Just knew he would get to Breakfast when he first appeared on BBC North East. Great character.” 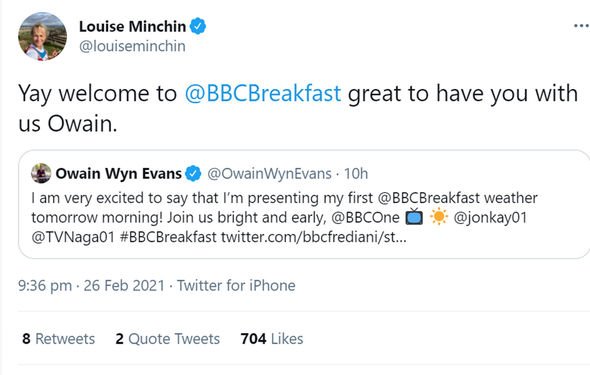 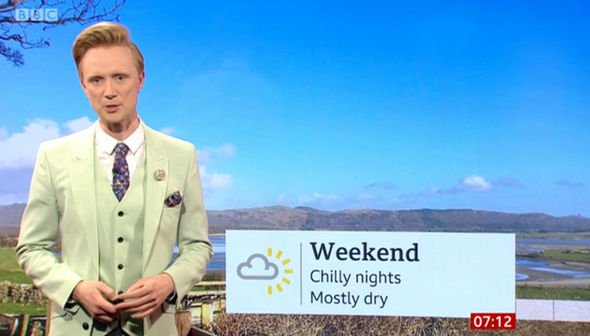 Another penned: “What a breath of fresh air Owain is presenting the weather and a great personality to compliment it.”

While a third added: “@OwainWynEvans is just a ray of sunshine, lovely to see him this morning.”

Owain is a journalist, broadcaster and weather presenter currently working for the BBC on television and radio.

He is also a patron of the LGBTQ Foundation which campaigns for a fair and equal society where all lesbian, gay, bisexual and trans (LGBT) people are able to reach their full potential.

Last year, the BBC weatherman caused a storm on social media after he finished his forecast and filmed himself playing the drums to the BBC News theme tune.

At the time, Owain tweeted: “When they said try working from home I didn’t realise they’d expect me to do the music too.”

Appearing on Breakfast, the meteorologist was given a warm welcome from hosts Jon Kay and Naga Munchetty.

Jon began: “With us in the studio this morning, is Owain. I keep wanting to say welcome to the Breakfast studios but you should be welcoming us.

Owain chuckled: “Yes, North West Tonight goes out from this studio as well. It does look a little different. You’ve changed the colour of lights.”

He added: “I like what you’ve done with the place.”

Naga replied: “Thank you very much.”

BBC Breakfast airs daily on BBC One at 6am.