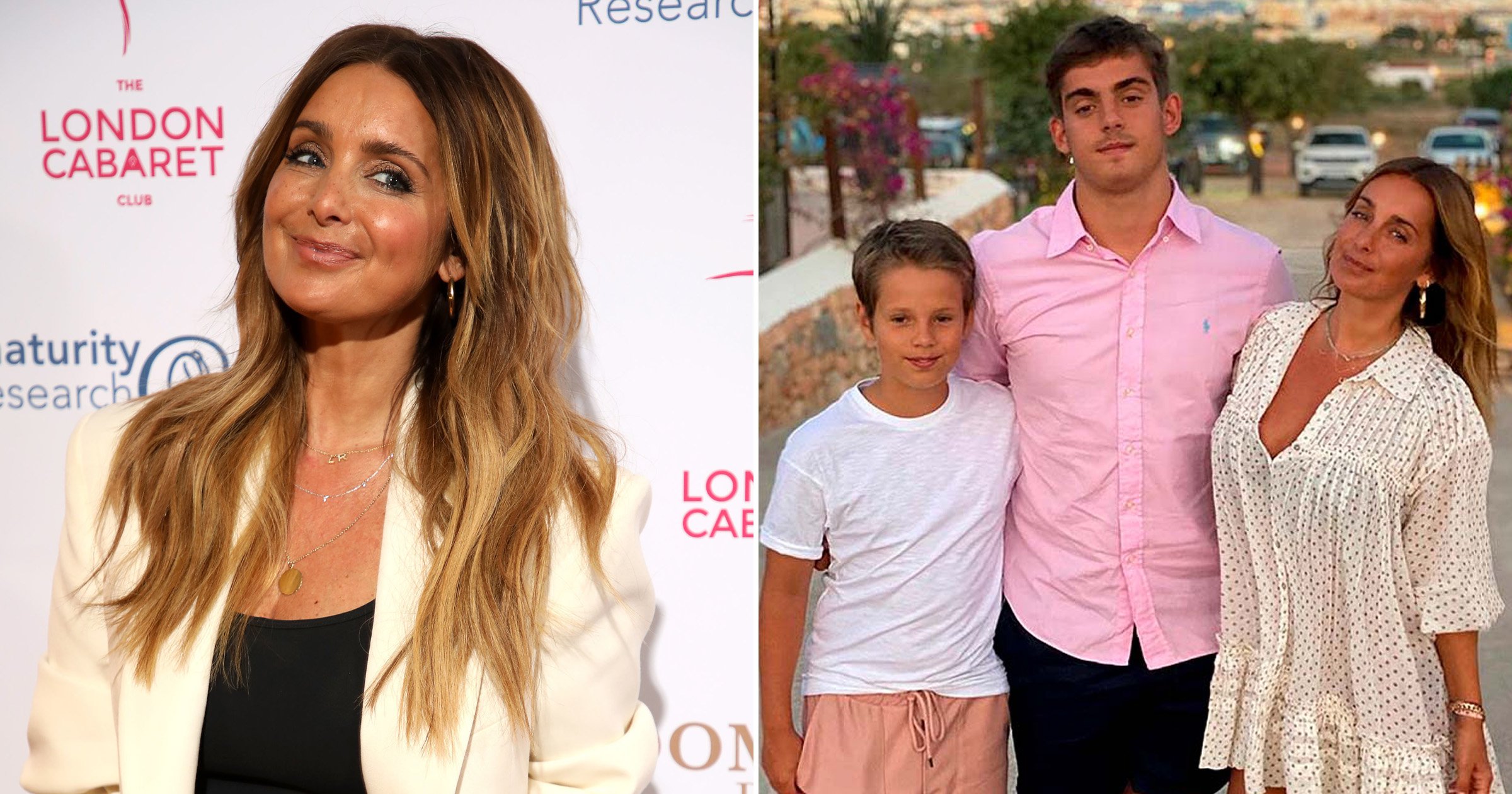 Louise Redknapp has slammed the mum-shamers for ‘judging’ her whenever she enjoyed a night out following her split from ex-husband Jamie Redknapp.

The former Eternal singer split from retired footballer Jamie in 2018 after more than 19 years of marriage.

They share sons Charley, 16, and Beau, 12, and, while they have been co-parenting amicably, Louise feels she got the brunt of backlash for simply leaving the kids at home to go out with friends in the months after their marriage ended.

In an extract from her new book, You’ve Got This: And Other Things I Wish I Had Known, which has been exclusively shared with Metro.co.uk, Louise writes: ‘Sometimes I wonder if this is even possible! It’s hard to be confident about your parenting when we are all subject to online scrutiny.

‘Everyone will always have an opinion. If I post a picture on social media of myself on a night out, I’ll be bombarded with accusatory questions about why I’m not with Charley and Beau instead.’

In reality, she explains, it’s more than likely she is at home making dinner for the boys and merely sharing a throwback photo.

‘I shouldn’t have to explain to anybody that I spend most of my time with my kids,’ she states.

Louise continues: ‘When I split up with Jamie, the accusations came in thick and fast. I was so heavily judged, and it amazed me that so many people, including other women, made assumptions about what I was or wasn’t doing when it came to my kids.

‘I noticed real double standards: women are simply expected to be with their kids, whereas if fathers spend any time with their children, then suddenly they are ‘Super Dad’ or Dad of the Year.

‘They are described as “babysitting” rather than simply spending time with their own children. As soon as fathers play an active role, they are seen as heroes. Why is it that men are praised for the very things women do every day?’

Louise, 46, explains that she isn’t criticising Jamie, 47, who she describes as a ‘fantastic dad’, but more of ‘society’s perception of parenthood as a whole’.

‘This has to change, as women cannot be it all and have it all. Every parent plays an important role in the upbringing of their kids; we should all be equal in this equation,’ she says.

‘I’m not going to lie: when my self-esteem has been low, some comments have really stung me, especially when they have been untrue.’

Elsewhere in the memoir, the former Strictly Come Dancing star goes on to detail how she’s found single parenting and admits feeling pressure to play ‘good cop’ so her children enjoy spending time with her as much as Jamie.

‘When you are raising kids in a relationship, you and your partner have the freedom to swap the “goodie” and “baddie” roles, but when you’re a single parent, even if you are co-parenting, you always want to be the “good” parent and the person your kids love being with,’ she writes.

‘I don’t want to be the cross one. I am quite soft and sometimes too easy-going. When I tell my boys off or we have a disagreement, I often panic afterwards as I may not be with them the next day. I know discipline is important because it will stand them in good stead for the future, but it can feel like a challenge – so some days, they probably get away with more than they should!’

Louise also admits to feeling ‘mum guilt’ and worrying if she’s been out with her girlfriends for too long, which would lead to her being judged.

‘If I go on holiday with some of my girlfriends, or even just out for a meal in the evening and I’m photographed, it feels like I’m suddenly being seen as a terrible mother,’ she says.

In a previous extract from the book, Louise recalled how she considered suicide after splitting from Jamie, but changed her mind because of her kids.

Here’s How Much Golf Pro Justin Thomas Is Really Worth