Meghan Markle, 41, and Prince Harry, 37, tied the knot at St George’s Chapel at Windsor Castle in 2018, where the Duke and Duchess of Sussex celebrated their nuptials with a host of famous faces from George and Amal Clooney to Idris Elba. Former Suits actress Troian Bellisario, 36, admitted she suffered “extreme anxiety” ahead of the couple’s big day.

In a recent interview, the Pretty Little Liars star revealed she attempted to conceal her pregnancy as she struggled to find an appropriate outfit.

The actress, who is married to Meghan’s Suits co-star Patrick J Adams, said she suffered with “extreme anxiety” leading up to the wedding.

“Of course I did, and I had it two-fold,” she said in 2020. “I was trying to conceal the fact that I was five months pregnant. I was absolutely positive that it was going to be revealed.”

Most of her worries were about wearing “those hat things,” otherwise known as a fascinator. 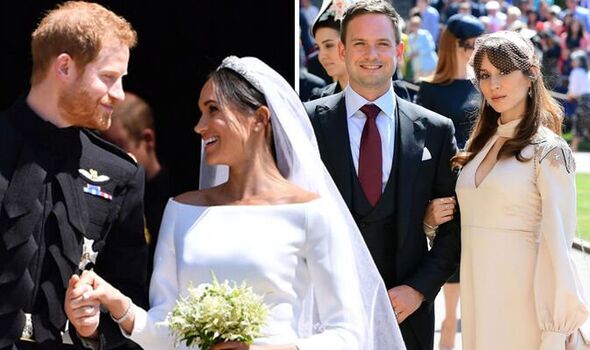 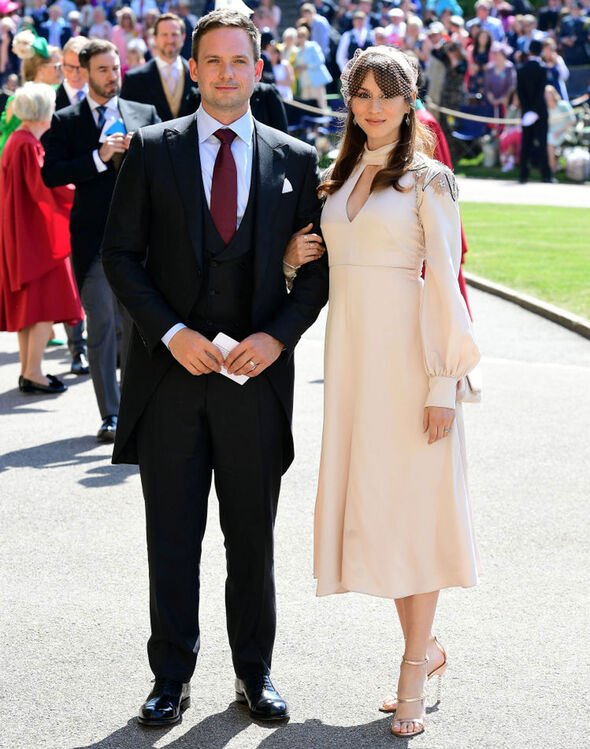 “They look ridiculous unless you’re in the 1930s,” she explained.

The on-screen star admitted she was worried about picking too big or too small of a fascinator.

“You could get one that is an absolute piece of art, but then are you being too vain and trying to call too much attention to yourself? Or if you get a fascinator that’s very small, are you not going for tradition?” she said.

“It was a nightmare,” she recalled to The Daily Telegraph’s Stellar. 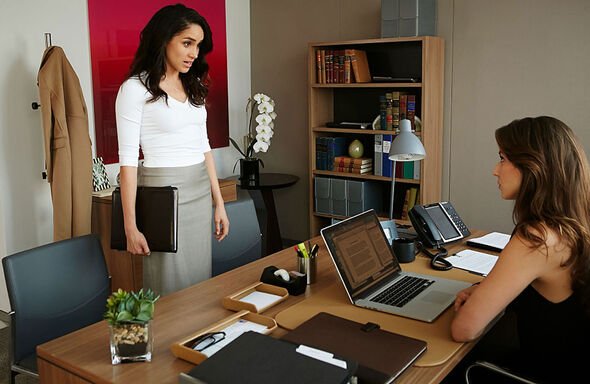 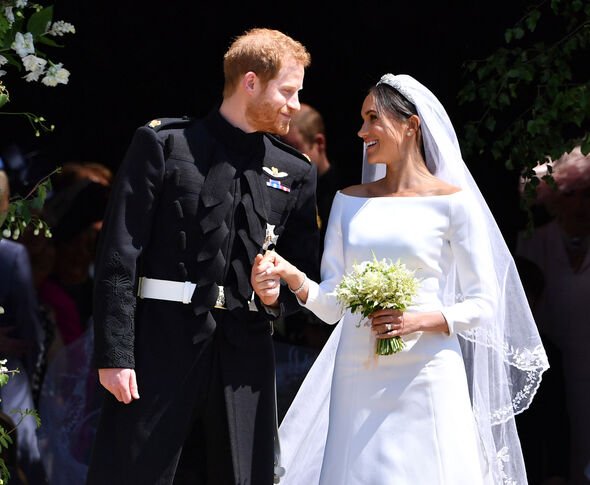 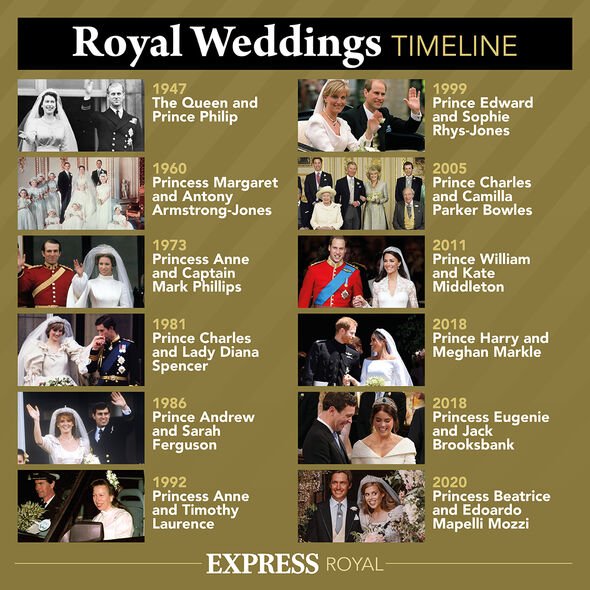 The actress looked to her Australian-born stylist, Annabelle Harron, for advice on the hat situation.

“I called her right before I was about to walk out the door and I was like, ‘Annabelle, this is not a full hat.'” she recalled, but her stylist assured her the hat would be perfect for the occasion.

Troian added: “And I was like, ‘If the British press tears me apart, I can never forgive you for this.’ And she said, ‘Trust me, I’m an Aussie. I’ve got you!'”

The actress ended up wearing a peach-colored long-sleeve gown with a white birdcage veil fascinator.

Troian tied the knot with her husband Patrick in 2016 and the couple attended the Duke and Duchess of Sussex’s wedding two years later.

Patrick previously co-starred with Meghan on Suits until she left the series in 2018, which scored them an invite to one of the biggest events of the year.

The Duchess, who recently celebrated her 41st birthday, gained popularity as one of the protagonists of the US TV series Suits.

But her big break came with some help as her former acting coach spoke candidly about the royal’s on-screen talent.

Acting coach Margie Haber has opened up about teaching the Duchess before she became a famous actress in a new interview.

Reflecting on working with Meghan before she landed her role as paralegal Rachel Zane in Suits, Ms Haber told InStyle: “We never know what people are going to become, do we?”

She went on: “I’ve worked with a lot of people before they’ve landed a big show, like Mariska Hargitay before she landed Law & Order and Meghan before she was on Suits. Look at her now!

“It was just before Suits and I was teaching auditioning for film and television, so she was in class for that.

“She was a really nice person, who was a really good actress and I just helped her create … but didn’t know what she would become later in life!”