Meghan McCain commended AOC for ‘holding her feet to the fire’ and criticizing Dems for not helping migrants at the border.

Did hell just freeze over? Meghan McCain praised extremely liberal Rep. Alexandria Ocasio-Cortez (D-NY) on The View, “applauding” her for pressing President Joe Biden to release the children detained at the southern border. Meghan was in the middle of a passionate criticism of Biden’s unwillingness to release the thousands of children held in “jail-like facilities” during his first 100 days in office. She stated on the March 12 episode of The View that she agrees with AOC’s view on the matter.

“If you don’t believe me, believe Alexandria Ocasio-Cortez who has been absolutely hammering President Biden on this issue,” Meghan said. “I applaud her for being honest about this, for holding her feet to the fire to a Democrat president the same way she did for President Trump. I would love other Democrats to take her lead on this, as well. As Ana said, this is a complex and nuanced issue.”

Meghan didn’t hold back when debating her co-hosts about Biden’s immigration policies and inaction in freeing the migrant children. So far, all Biden has done is open an improved facility for the kids that moved them from being jailed in cages. She specifically went after Sara Haines, who defended Biden and said that he was unfairly being attacked after only being in office for 50 days. 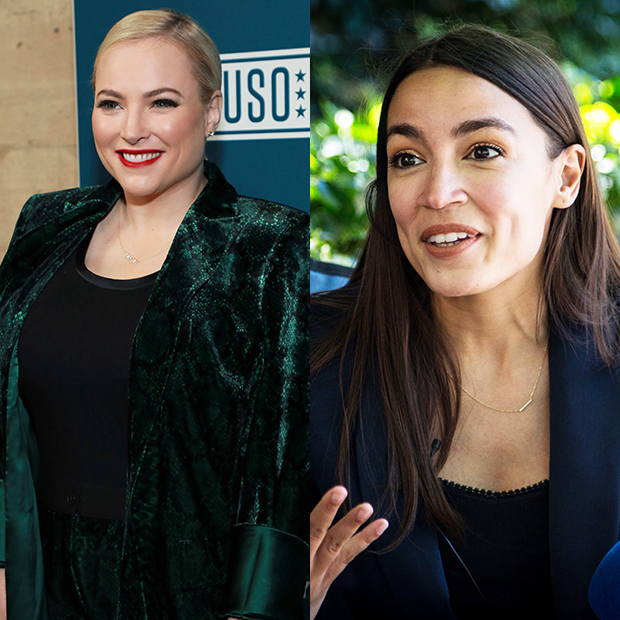 “I’m glad you’re okay with children being held in jail-like facilities,” Meghan shot back. Sara clearly took offense, saying that it was a “stretch.” Cue their co-hosts getting in a heated debate, which Joy Behar, serving as moderator during the episode, attempted to squash. Joy joked that she was going to “cut the mics,” much to Meghan’s dismary. “We don’t have any time to continue this right now, take it outside,” Joy said, laughing.

What Life Is Really Like At My House! | Perez Hilton Family

Elsa Raven, 'Back to the Future' and 'Titanic' Actress, Dead at 91