The blonde bombshell is mourning her on and off fiance in a series of new posts on social media after the singer was found dead in the bathroom of his house in California.

AceShowbiz –Melanie Martin is grieving the death of her “soulmate” Aaron Carter. In a new Instagram Story, the 30-year-old blonde beauty – who had 11-month-old son Prince with her on/off fiance – pays a touching homage to the “love of [her] life” following his tragic passing at the age of just 34 on Saturday, November 5.

“Goodnight to my soulmate, the love of my life. RIP [red broken heart emoji]. Tonight I imagine myself laying on your tattoo chest as I fall asleep on yours I did for 3 years (sic),” she wrote on Sunday, November 6. 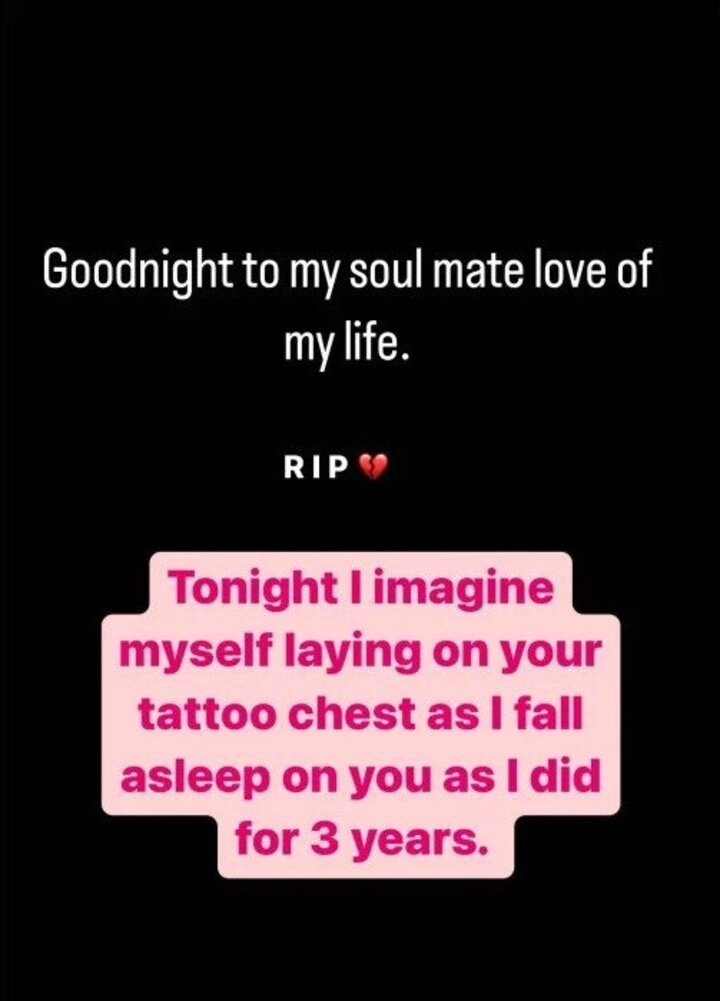 Melanie also shared a series of sweet photos of Aaron – who shot to fame as a teen heartthrob in the 90s and 00s – and a video of their son saying “Dada.” She added, “He was beautiful,” before including a slideshow of photographs of them together with his hit “All About You” as the soundtrack.

The bartender previously admitted it was going to be a “journey” caring for Prince without the tot’s father. She said in a statement, “My fiance Aaron Carter has passed away. I love Aaron with all my heart and it’s going to be a journey to raise a son without a father.”

“Please respect the privacy of my family as we come to terms with the loss of someone we love greatly. We are still in the process of accepting this unfortunate reality. Your thoughts and prayers are greatly appreciated.”

Melanie was spotted outside Aaron’s home being comforted as she wept by her friends and also shared a two second TikTok of her sobbing in her car.

Aaron previously gushed about how he found fatherhood “an epiphany” and chance to begin again. He said, “I [wanted] to be at home and enjoy the love of my life and my child. Now that it’s here, it’s like an epiphany.”

“Every minute now has become so precious and every bit of time that slips by now … I’ve [really] switched my gears of thinking. I’ve given a lot of people second and third chances, as you can see with us and the stuff that we’ve gone through.”

He admitted in September that he had enrolled in an outpatient rehab program in a bid to regain custody of the youngster.