Miley Cyrus is single and ready to mingle. She enjoyed chatting up a handsome mystery man while chilling out with pals at a Palm Springs bar.

Miley Cyrus took a weekend desert getaway to Palm Springs, CA and ended up in the company of a tall, sexy guy. She and some pals hit up the downtown hotspot The Village Bar on Mar. 6, where they were seated at an outdoor table due to ongoing COVID dining restrictions. At one point handsome young man walked over to her table and appeared to have kind words towards the smiling 28-year-old singer. Though she didn’t invite him to sit down with her crew, Miley beamed as her 2009 hit “Party in the USA” played over the bar’s sound system while she chatted up the hunky fan. You can see the photos and video here.

Miley at one point wore a black mask over her famous face, but eventually took it off. Even with it on, she was completely recognizable thanks to her former blonde mullet that has grown out into a chic shag hairstyle. And of course her big expressive eyes totally gave her away. In the video, she was seen having a hearty laugh with her pals, and her famous deep voice was a clear sign that the singing superstar was in the midst of other patrons. 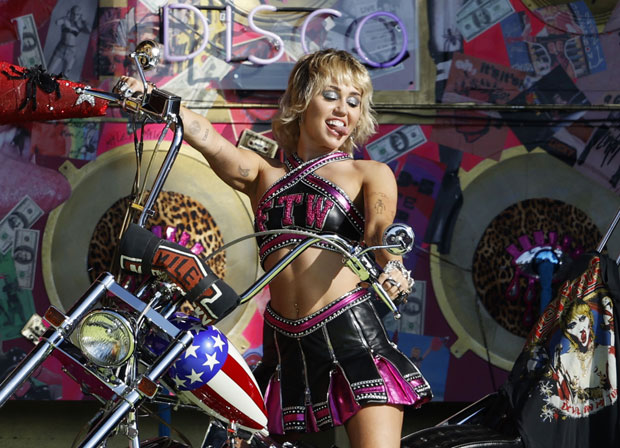 Miley looked casual in a white t-shirt and black pants as she sat at her table with pals. The tall, handsome stranger sported grey pants, a black tee and brunette hair that was closely cropped on the sides and slicked up high on top. Fans taking the video could be heard cheering on that they hoped the young man would ask Miley for her phone number.

The “Midnight Sky” singer has been single since breaking up with boyfriend Cody Simpson, 24, in Aug. 2020 after 10 months together. Before Cody, she was in a nearly 10 year relationship with actor Liam Hemsworth, 31, that culminated in an eight month marriage. That union ended in Aug. 2019. 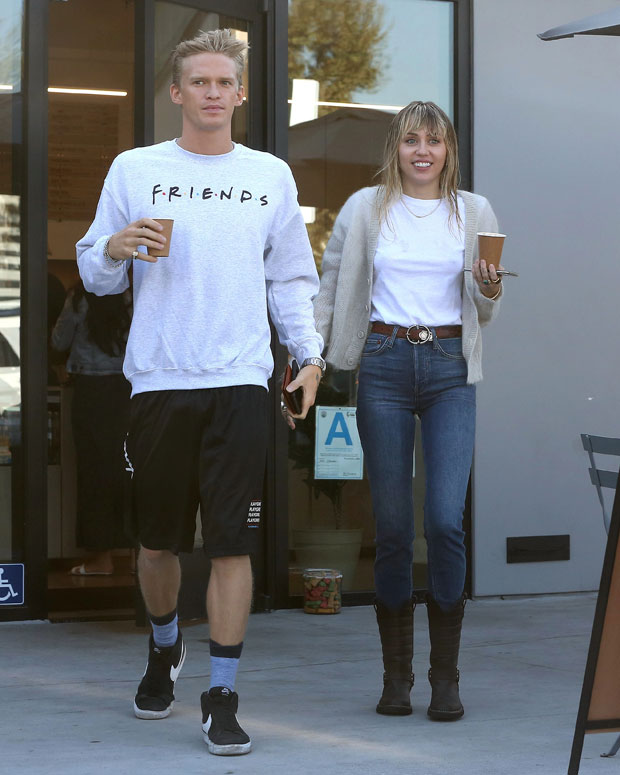 Miley shared an Instagram post about her romantic freedom on Feb. 9, where she celebrated the single life. The video post first showed a teenage Miley in her Hannah Montana character declaring, “I have no problem not having a boyfriend!” It then jumped to the singer during her Super Bowl TikTok Tailgate show on Feb. 7, 2021, telling viewers, “I’m single now you know. After Covid, I’m ready.” Miley then celebrated her partner-free status by joking in the caption, “Man. Being single sucks. All I ever do is WHATEVER THE F*CK I WANT! Bahabahahahahabahahhahaha!” That now includes hanging out with pals in the desert and flirting with handsome fans!