Nicole Kidman’s anniversary tribute to husband Keith Urban will have you reaching for a glass of water.

My oh my. Nicole Kidman wished husband Keith Urban a happy 15th wedding anniversary with a seductive photo on June 24. The Academy Award winner, 54, shared an image taken by French photographer JR on her Instagram. In the photo, the actor’s head is tilted back while the country music singer, 53, gives her neck a lick. “Happy Anniversary baby!” Nicole captioned the post, complete with red lipstick emojis to mirror the bold lip she has in the photo, seen HERE.

On his own Instagram on June 25, Keith also paid homage to his wife on their anniversary with a candid photo of the two embracing. “Happy anniversary babygirl,” he captioned the post. “my life started when you said ‘I do’ 5475 days ago today.”

The Australian lovebirds first met at the 2005 G’Day USA Gala, an event that celebrates Australians’  public, economic, and cultural achievements in the states — and while Nicole was immediately drawn to Keith, he apparently did not reciprocate the feelings right away. “I remember thinking, I had such a crush on him, and he wasn’t interested in me,” Nicole revealed on The Ellen DeGeneres Show in 2018. “It’s true! He didn’t call me for four months.” 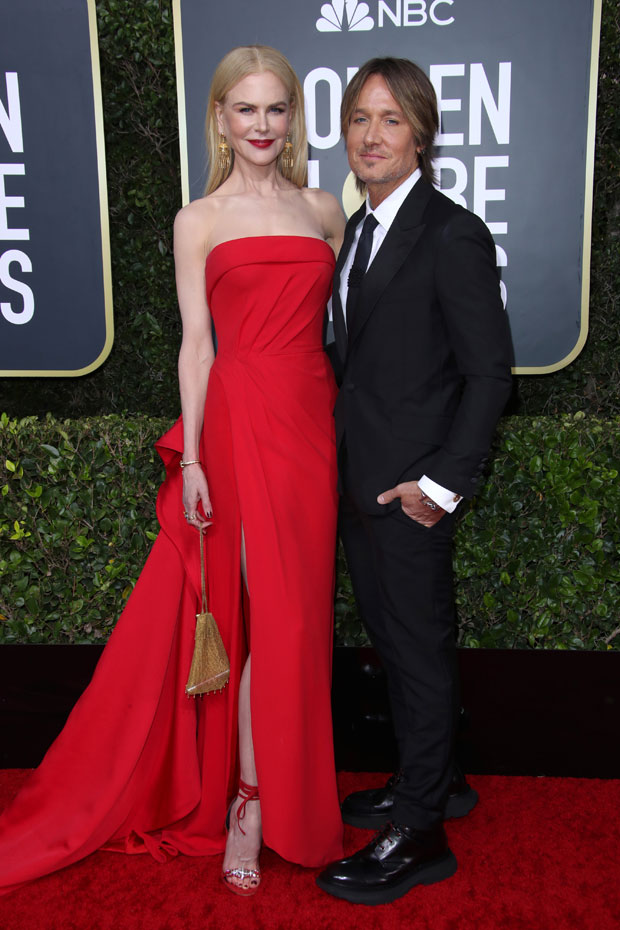 While on an Australian talk show that same year, Keith explained he “wasn’t in a very healthy place” at the time. “Somebody had given me her number and I had it in my pocket for a while,” he said. “I kept looking at it thinking, ‘If I call this number, she’s going to answer. I don’t know what [to] say,’” later adding, “I’d never have thought she’d see anything in a guy like me. But at some point I plucked up the courage to call those numbers and she answered, and we started talking and we talked and talked and talked and talked and it was effortless.”

What you don’t know about Luke Bryan’s wife, Caroline