A romantic notion persists that after the Nazis conquered France in 1940 almost the whole French nation rose up heroically to join the Résistance. Not so, as the Oscar-shortlisted short documentary Colette affirms.

One family that did join the Resistance was the Catherines—mother and father and their two children, 17-year-old Jean-Pierre and 14-year-old Colette. In the documentary Colette, now 92, recalls her time in the Resistance, but downplays her role. 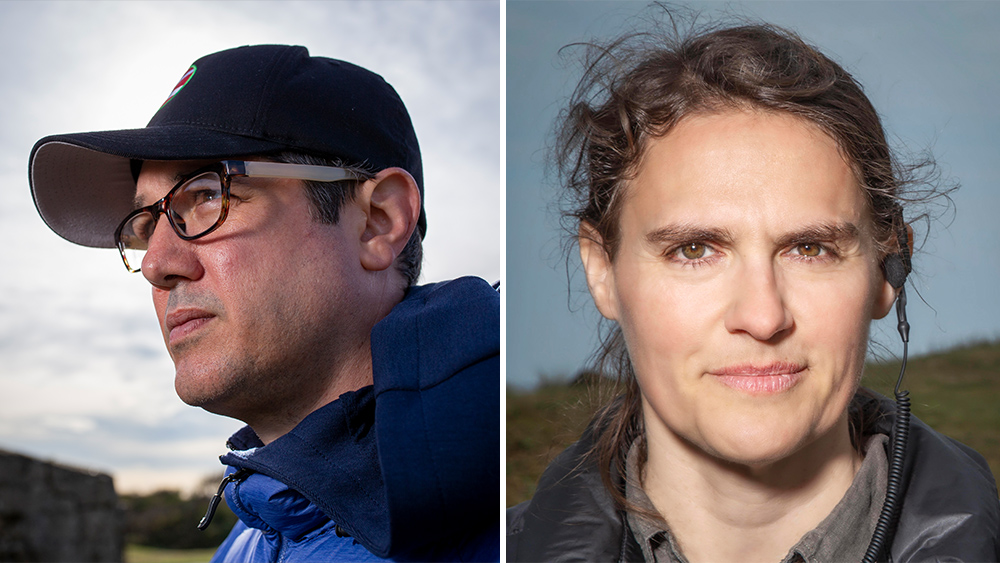 “I wasn’t asked to blow up a train or a bridge,” she says modestly. Nevertheless, her work to monitor the movement of trucks en route to the front at Cherbourg, as well as passing ration cards to people in hiding and distributing falsified identity papers could have gotten her killed.

“We were playing cat and mouse,” Colette admits. “And playing with fire. Or rather, fire was playing with us.”

Her brother’s role—stockpiling weapons—involved more risk. He paid the ultimate price for his bravery: at 17 he was arrested by the Nazis and subsequently dispatched to the Mittelbau-Dora concentration camp near Nordhausen, Germany. Jean-Pierre Catherine and 20,000 other prisoners died there, starved and worked to death.

Colette had resolutely refused to visit Germany in the years after the war, but the filmmakers convinced her to make a trip to the camp where her brother died. She concedes she would not have gone were it not for a 17-year-old high schooler and history student, Lucie Fouble, who was writing an account of Jean-Pierre for a World War II museum. Colette and Lucie, the nonagenarian and the teenager, took the journey together and became supportive companions. 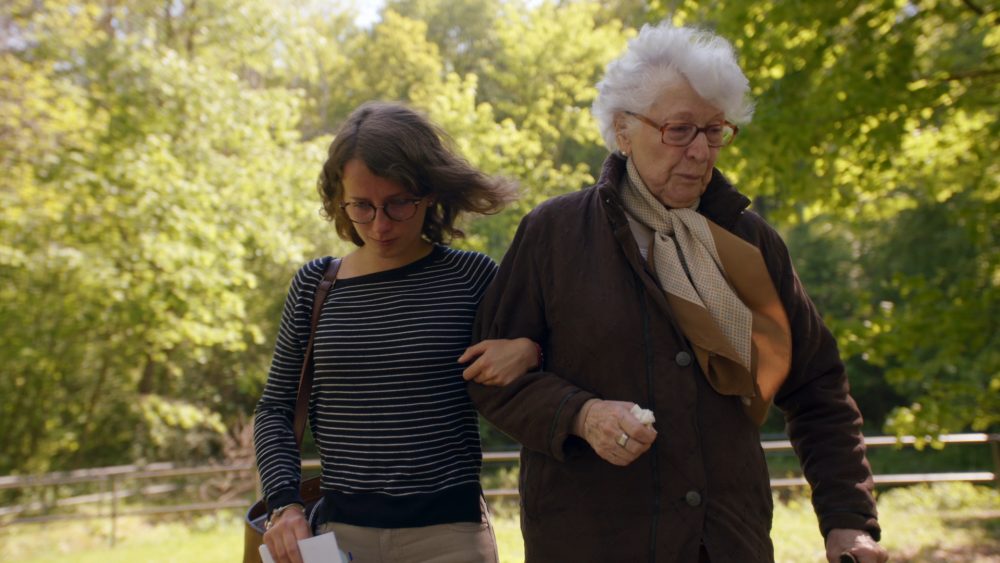 “It kind of protected Colette, because it was like she didn’t have to just face this alone,” Giacchino observes. “Colette was telling us throughout she was very worried about Lucie…Colette actually thought, ‘Okay, I can do this but I’ll sort of make sure Lucie’s okay.’”

The visit to Mittelbau-Dora becomes the emotional center of the film, available on the Guardian newspaper’s website. Arm in arm, the younger and older woman walk the grounds, now overgrown with trees, rusted rail lines coming to a ghostly halt before a thicket of woods. They examine the ghastly skeletons of V-2 rockets constructed by prisoners in tunnels dug into the nearby mountains.

“Look at that…All the metal is scary,” Colette says of the rusted rocket hulks. “It’s monstrous.”

“These V-2 rockets were the wonder weapons that were going to win the war. And indeed, they were unlike anything anyone had ever seen,” Giacchino comments. “They were faster than the speed of sound, so they basically hit before anyone knew they were coming. They were terrifying. But as we say in the film, more people died making them than were actually killed by their deployment.”

Outside the tunnels Colette muses, “If these hills could talk I think we’d hear screams.”

Jean-Pierre met his end in March 1945, the film notes, just three weeks before allied forces stormed the camp. Colette spent her life idolizing her brother, whom she describes as brilliant, handsome and fiercely determined.

“He was made of steel,” she assures Lucie. “If he decided to go through a wall, too bad for the wall.” 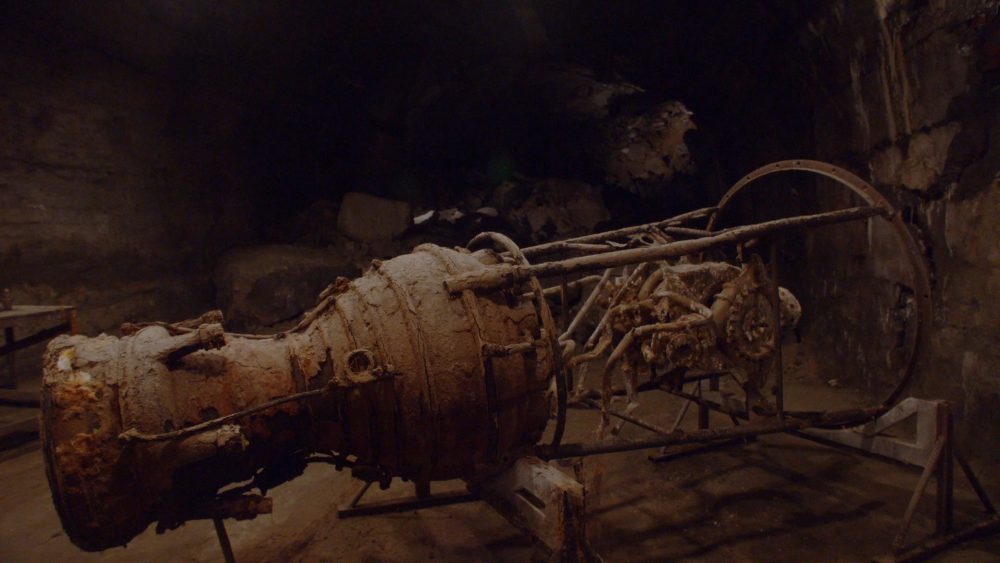 That she survived the war while her brother did not perhaps left Colette with a lifelong feeling of guilt. Something her mother once told her must have kindled that thought.

“There’s a very strong moment in the film when she’s on the train to Germany. She [recalls] her mother saying to her, “It should have been you,’” Doyard says. “As if her mother was regretting that it wasn’t Colette [who was arrested]. This is very complex as a memory, to live with this.”

Colette was hesitant about sharing that recollection, the director notes.

“She was afraid that it was going to sully the memory of her mother,” Giacchino tells Deadline. “I do think that she’s okay with it, that it’s in the film.”

Doyard adds, “She likes the film. She says it was difficult, but she told us it’s a project that keeps on giving. She feels that she was able to pay tribute to her brother. It reminded her a lot of difficult memories. But she went through the process of facing them and expressing them, and she’s very proud of the film.”

“For Colette, looking into the past has helped her heal and kind of deal with this trauma,” Giacchino says, noting that confronting history can “work on a larger scale,” like in the United States, which he says must “reckon with the legacy of slavery…If we talk about the truth of the matter, of the past, not sort of the myth of it, we can all be better for it.” 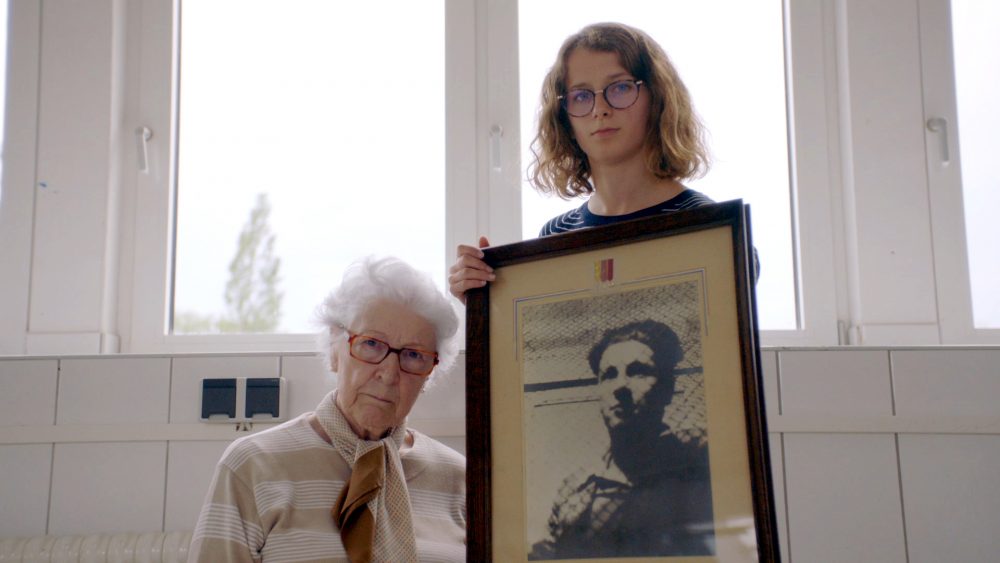 Giacchino pronounces himself delighted, and a bit surprised, about making the Oscar shortlist.

“I just was like, ‘Eh, I don’t know. There’s 114 films. The chances are, if you just look at the numbers, it’s not going to happen,’” he recalls thinking. “And that’s how I felt, until two minutes [before the shortlist announcement] when I really started getting nervous…It’s been such a long journey so I would say we’re really just grateful.”

Doyard shared the happy news with Colette, who wrote back to her, “When it rains on the kings, it falls on the knights as well.”

The producer says she followed up, asking her to explain the expression. “Colette said, ‘Knights, kings, we all have different roles in the project. But the success belongs to all of us.’”

Jill Duggar Reunites With Joy-Anna and Jessa: Has Peace Been Made?!?