Yes, Pete Davidson is fully aware that his relationship with Ariana Grande helped boost his status in Hollywood.

“It’s really annoying ‘cause, like, I live in Staten Island and [people] come there now ‘cause, like, Ariana Grande made me all famous and stuff. It’s all her fault. It is!” the Saturday Night Live star, 26, joked on First We Feast’s Hot Ones on Thursday, March 5. “She sent the wolves on me. She made me, created me — whatever they say.” 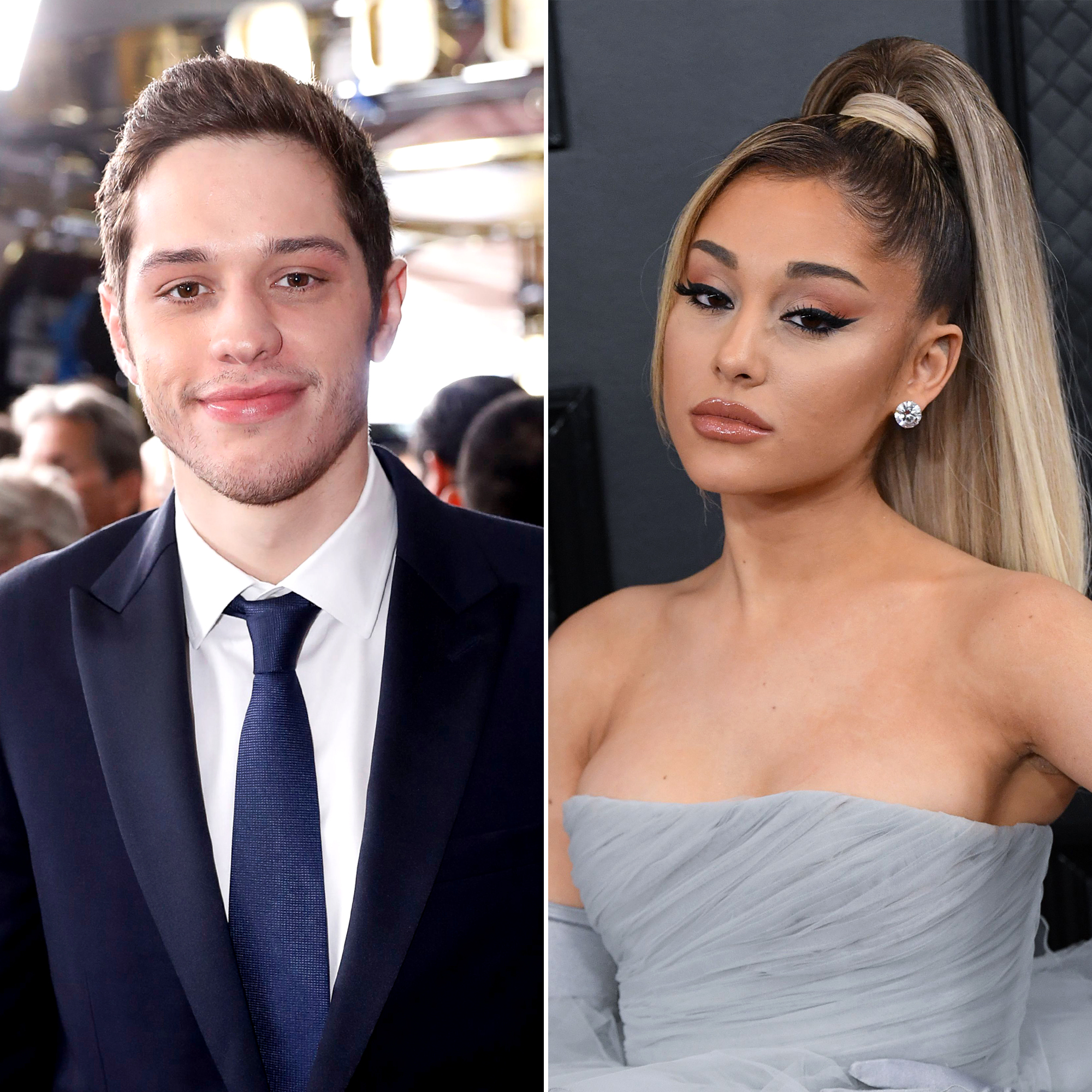 Davidson and the Grammy winner, 26, started dating in May 2018 after their two-year relationships with Cazzie David and Mac Miller, respectively, came to an end. Just a few weeks later, Us Weekly broke the news that they were engaged.

The former couple’s romance was very public, with a trip to Disneyland, jokes about the size of the stand-up comedian’s penis, matching tattoos and a red carpet appearance at the MTV Video Music Awards. However, Grande called off their engagement in October 2018, one month after her ex Miller died at age 26 from an accidental drug overdose.

Davidson admitted during an interview in February that he knew his whirlwind relationship with the “Thank U, Next” singer was “over after” the rapper’s death.

“That was really horrible, and I can’t imagine what that s–t is like,” he told radio personality Charlamagne Tha God. “All I do know is that she really loved the s–t out of him and she wasn’t, like, putting on a show or anything.”

After Grande, the Big Time Adolescence star had short-lived romances with Kate Beckinsale, Margaret Qualley and Kaia Gerber. The Victorious alum, meanwhile, casually dated Social House member Mikey Foster; Us broke the news earlier this month that they are no longer an item.

When asked about Davidson becoming a ladies’ man as of late, SNL’s Kenan Thompson told Us exclusively in November 2019, “He’s a good boy. It’s not like he’s a bad guy necessarily. He has a great sense of humor. He’s a fun, good, loving kid. He loves his mother. And he’s everything a girl would like. So it’s not surprising the girls like him.”

Golden Globes 2021: Nominees, date, time, host and how to watch in the UK