Home » Celebrities » Suri Cruise, 15, Looks Just Like Mom Katie Holmes In Her Dawsons Creek Days While Out In NYC

Kate Holmes’ daughter Suri Cruise looked like a mini Joey Potter, her character in ‘Dawson’s Creek,’ while out in New York this week.

Joey Potter, is that you? Suri Cruise looked like mom Katie Holmes’ doppelgänger when she stepped out in the West Village in New York on Friday, Aug. 6. The teen, 15, resembled her famous actress mom during her days on the 1998 teen drama series Dawson’s Creek as Joey Potter during the outing, where she rocked her signature flared jeans. 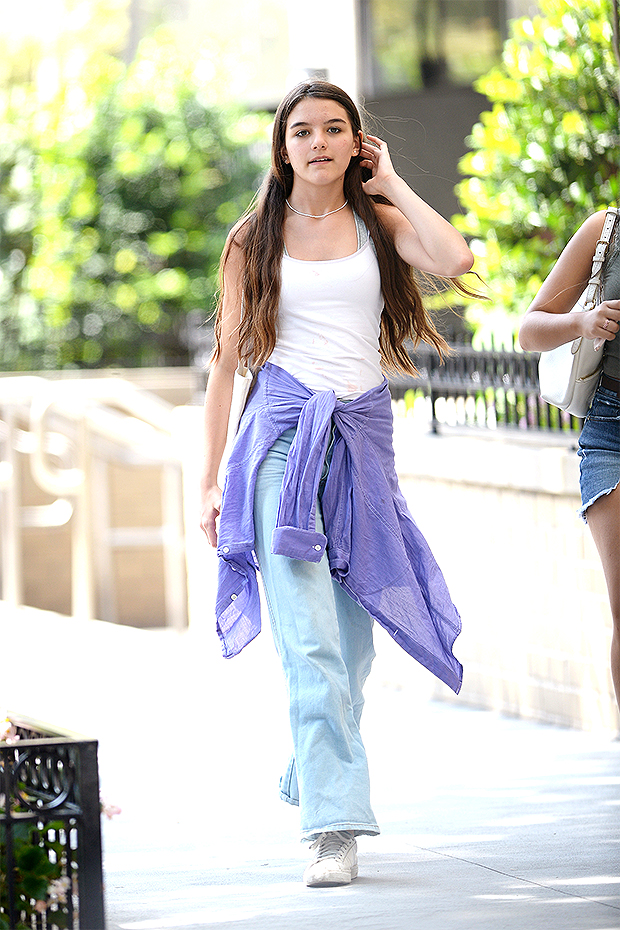 The daughter of Katie and actor Tom Cruise finished her pre-weekend look with a white tank top and light purple button-up tied around her waist during the outing on Friday. Both mom and daughter are big fans of the ’90s flared jean style, often rocking them during their days out in the city. The mother-daughter duo are often spotted shopping around the city together.

While the actress does not discuss her daughter publicly very often, Katie offered rare insights into her mini-me’s personality during her cover story with InStyle last April. “My biggest goal has always been to nurture her into her individuality, to make sure she is 100 percent herself and strong, confident and able,” Katie said. “And to know it. She came out very strong — she’s always been a strong personality.”

The actress also gushed about her daughter’s work ethic. “She’ll pick an activity and work her butt off until she’s really good at it,” Katie told the magazine. “Then she’s like, ‘Okay, I’m going to try the next thing.’ She’s very focused and a hard worker.” Like mother, like daughter! 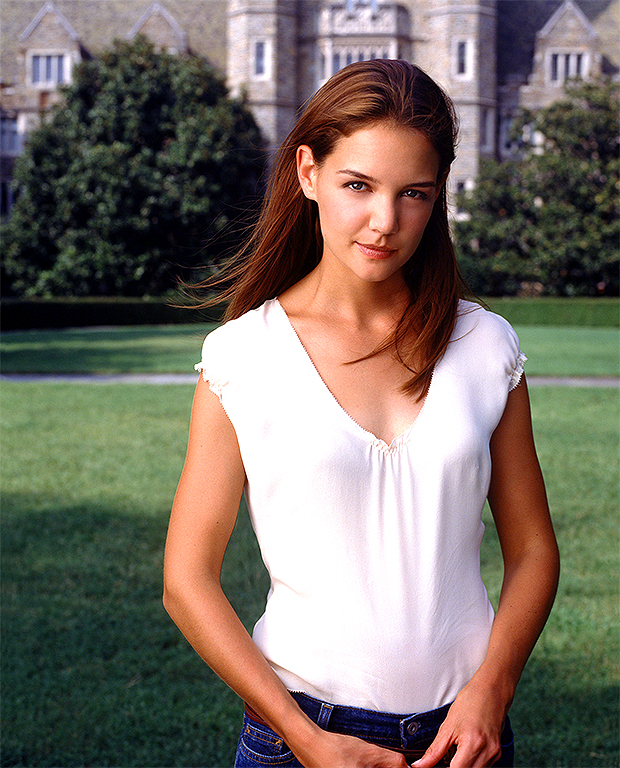 Katie made her feature film debut in Ang Lee‘s 1997 film The Ice Storm, but achieved fame for her role as Joey Potter in the WB drama Dawson’s Creek, a drama that followed the lives of close-knit friends from high school to college. It also starred James Van Der Beek, Joshua Jackson, and Michelle Williams. The series ran for six seasons between 1998 and 2003.

And amid revivals of several coming-of-age shows from the ’90s and early aughts (Gossip Girl, Saved By the Bell, etc.), don’t be surprised if the hit series makes a grand return. Mary-Margaret Humes, who played Dawson’s mother Gail Leery in the series, recently teased that there is a “strong possibility” for a revival, revealing that she and Katie have discussed it “extensively.”

While on Hulu and ATX TV’s “Mother Knows Best: A Look at ’90s TV Moms” panel in March, Mary-Margaret said of a revival: “There has been a secret text message going around among all [us] actors. Katie Holmes and I have talked about it extensively. James Van Der Beek and I have talked about it… I actually wrote like, 190 pages of an idea for a crossover to a reboot. Whether it goes anywhere, I don’t know. But there’s certainly a lot of buzz about it.”

Perhaps Katie’s mini-me Suri could take on a role of a rebooted Joey.