Caution: Spoilers ahead for the final two episodes of Love Is Blind. One of the most cringeworthy parts of watching the Love Is Blind weddings was the contestants’ body language. Let’s see, how can I put this lightly? It was, um… a lot! Barnett’s nerves, Kenny’s terror, and Lauren’s joy were splashed all over their faces. But beyond those obvious emotions, each bride and groom gave off tiny clues into how they were feeling with their limbs and torsos, too. Traci Brown, body language expert and author of Persuasion Point: Body Language and Speech for Influence, breaks all that down for Elite Daily.

While you probably couldn’t tear your eyes away from Giannina’s runaway bride moment, complete with a slide through the mud, Brown kept a close watch on these couples’ presence at the altar. She analyzed each person’s body language on their own, plus looked at how each couple interacts as a whole. Her findings are fairly dramatic (she actually called one person’s body language a "disaster" — yikes), but they also contain key insight into the fate of each relationship.

Read along and prepare to understand the Love Is Blind squad like you’ve never understood them before. 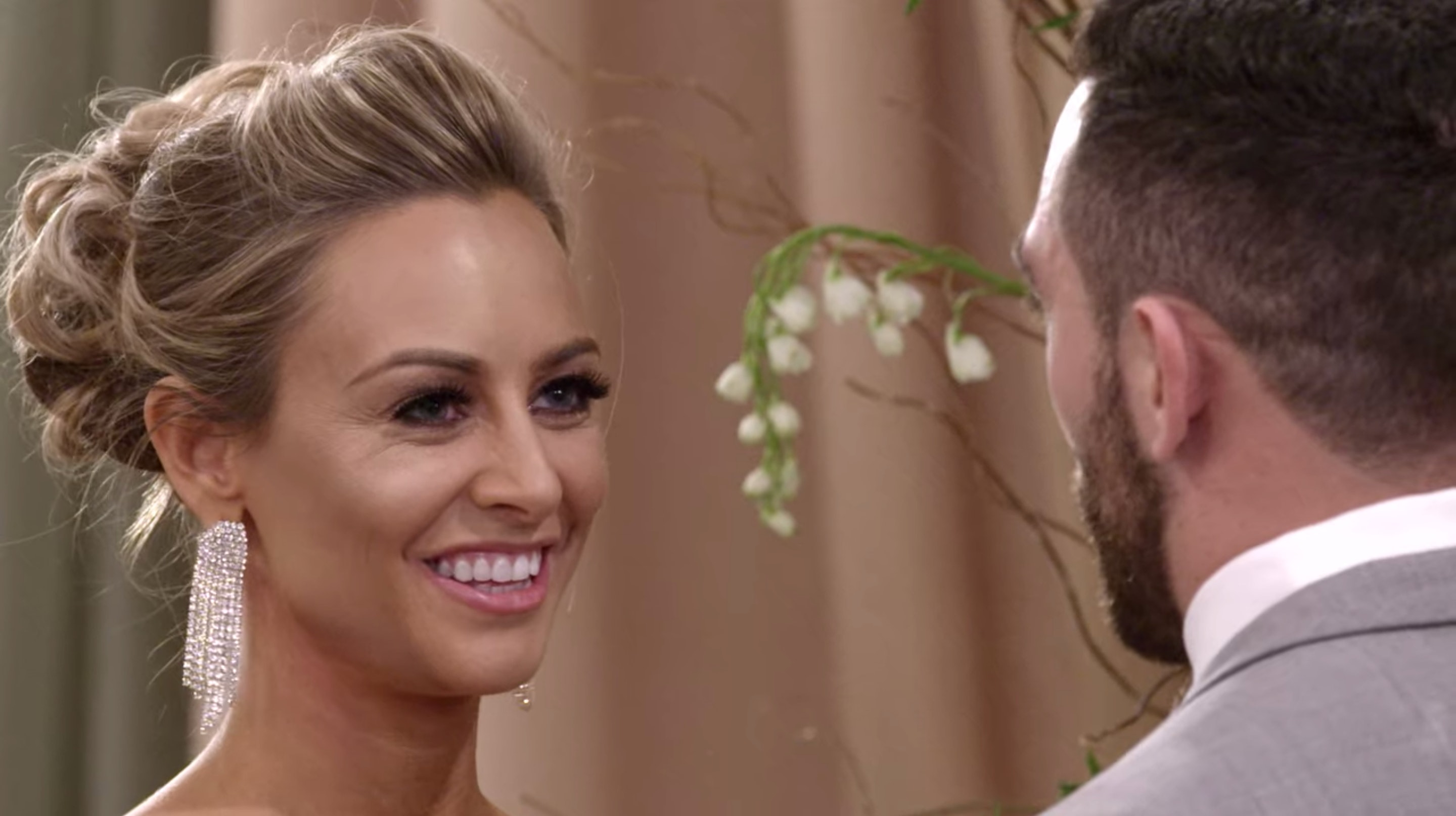 Yes, Jessica is smiling here. But Brown says you have to turn your attention to the corners of her mouth, which are pointing downward. This means "she’s happy but not ecstatic, as brides usually are." 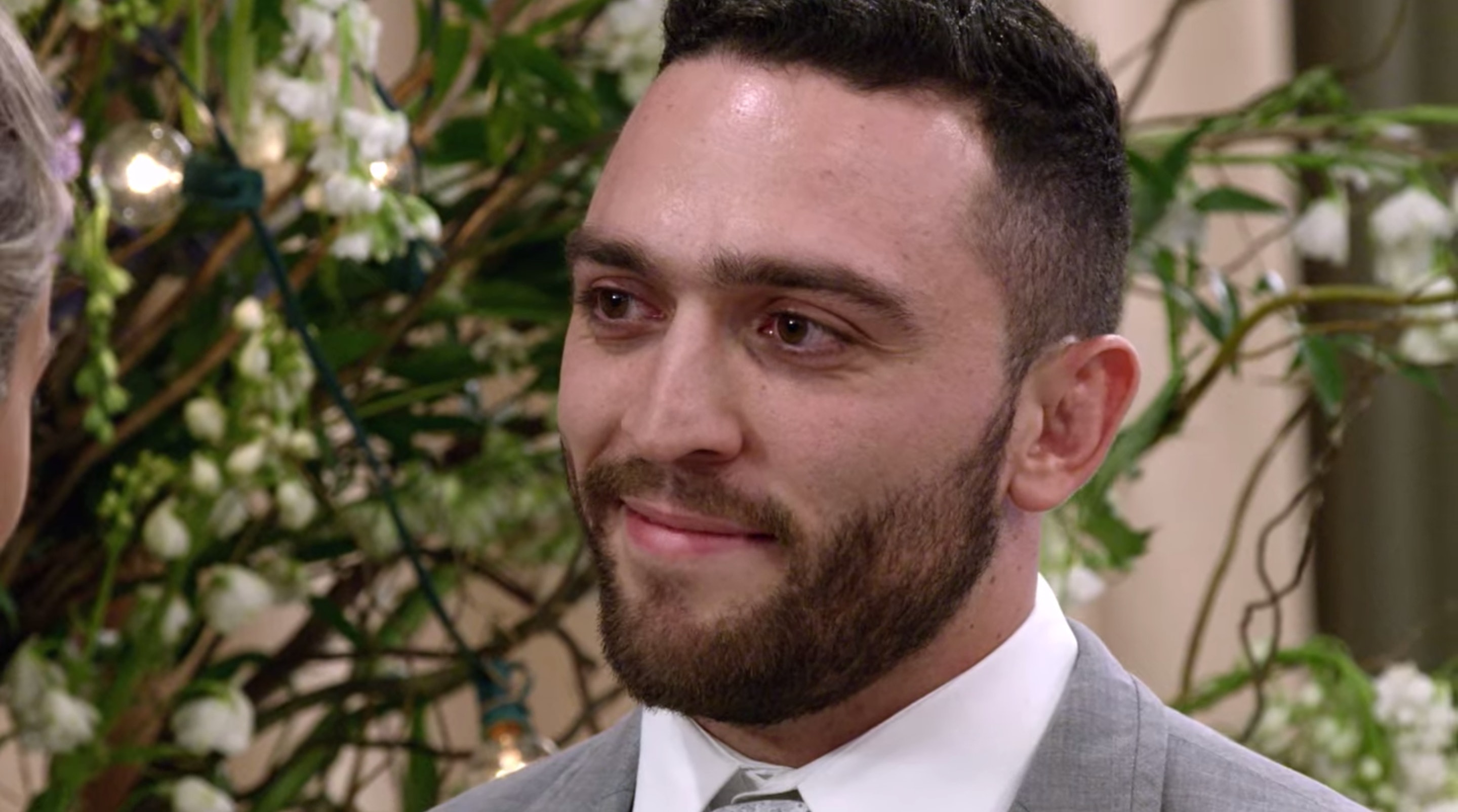 Mark may have talked the talk about worshipping the ground Jessica walked on but Brown says his facial expression on his wedding day told a different story. "I’d say he has a resting calm face here," Brown says of Mark’s expression on the altar. "Not what you’d hope for from a groom. He’s only mildly interested in what he’s seeing, which is his bride. Trouble is around the corner." 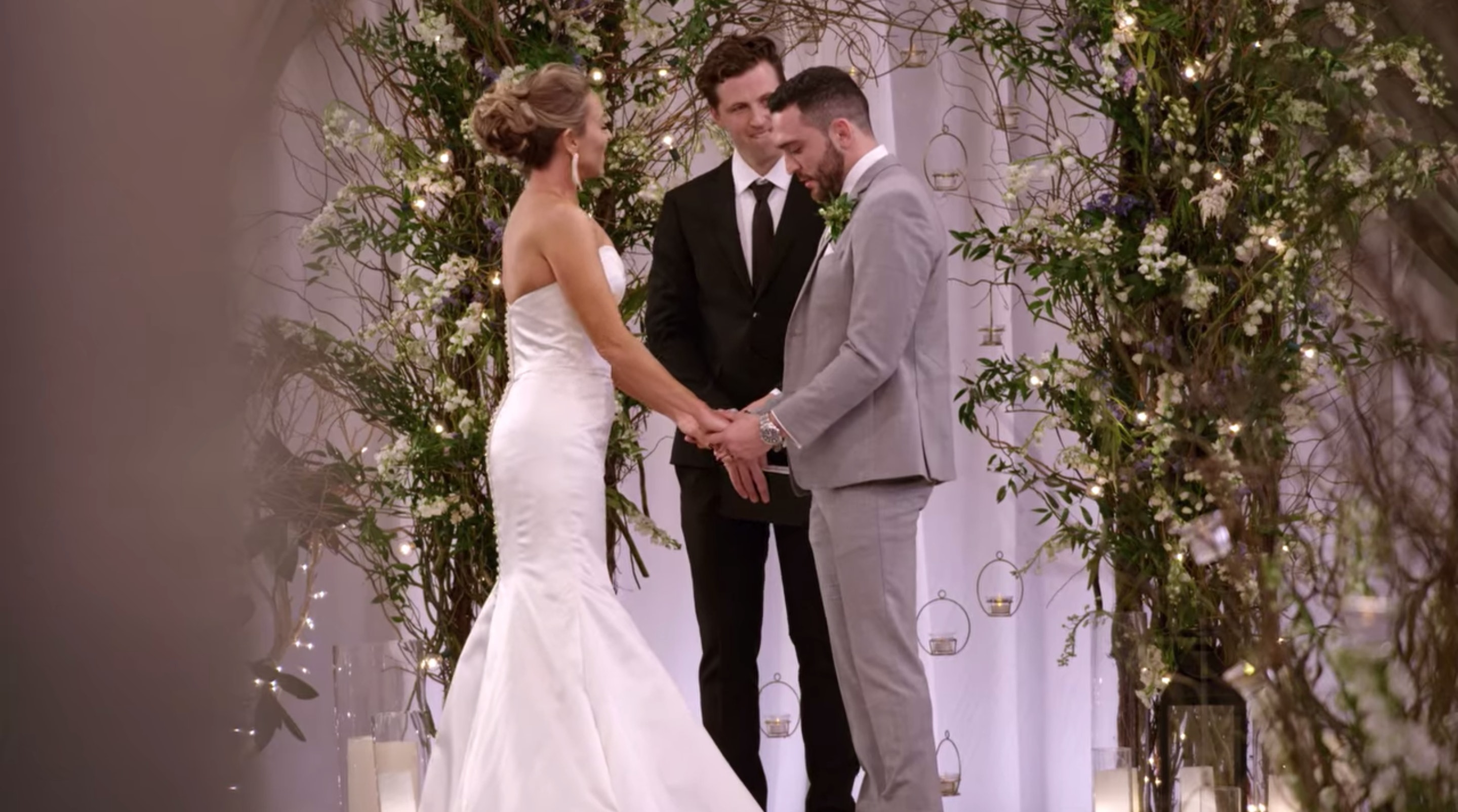 "He’s looking down but doesn’t seem to be putting the ring on her," says Brown of their chemistry with each other on the altar. "That’s not a predictor for a great relationship. We look down when we feel bad."

"It’s no wonder they didn’t make it," Brown says. 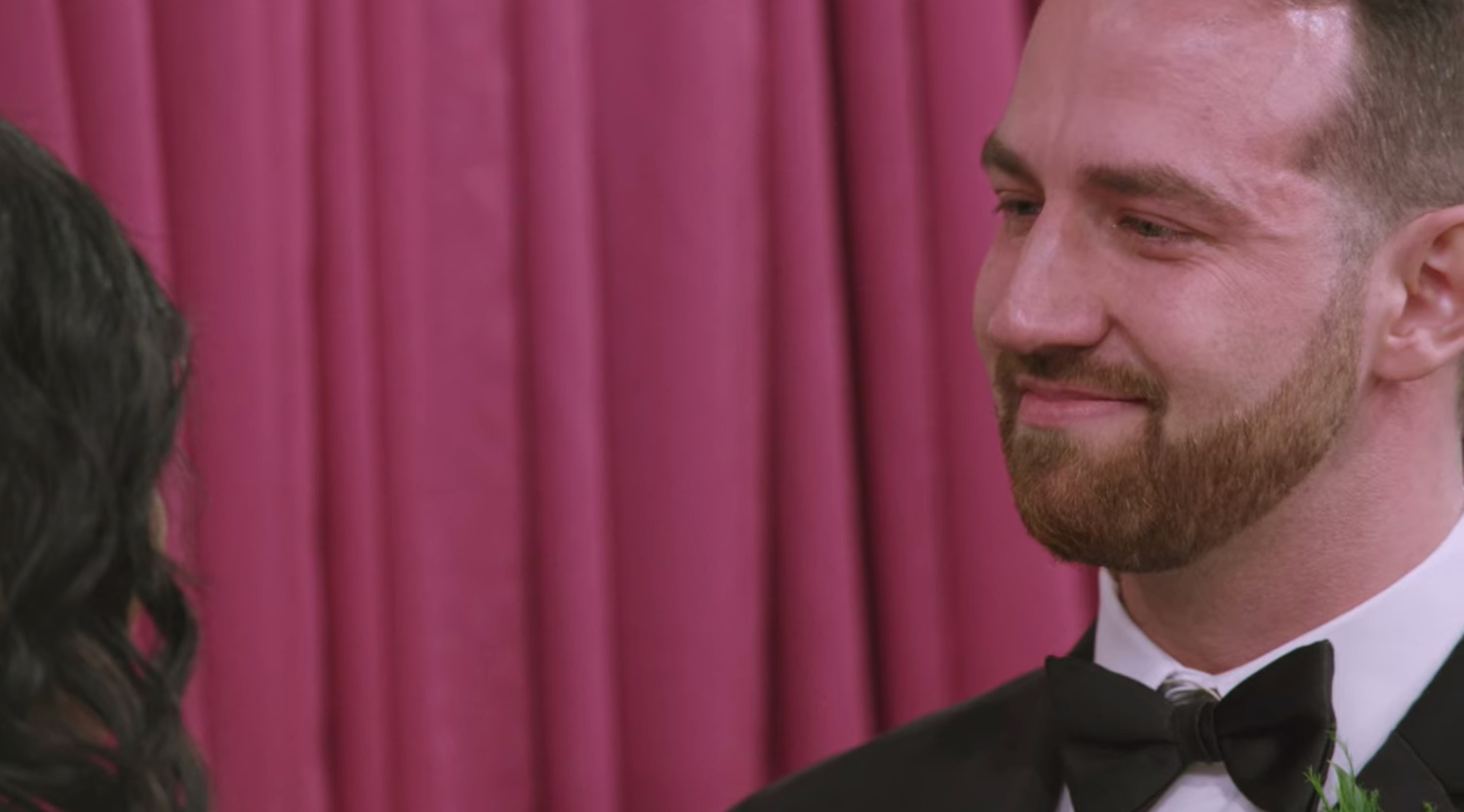 As you might have guessed, Cameron had the best facial expression on the altar of any of the Love Is Blind grooms, according to Brown. "He’s looking at her with a genuine smile and a bit of pride," she says. "This is what you want to see from a groom!" 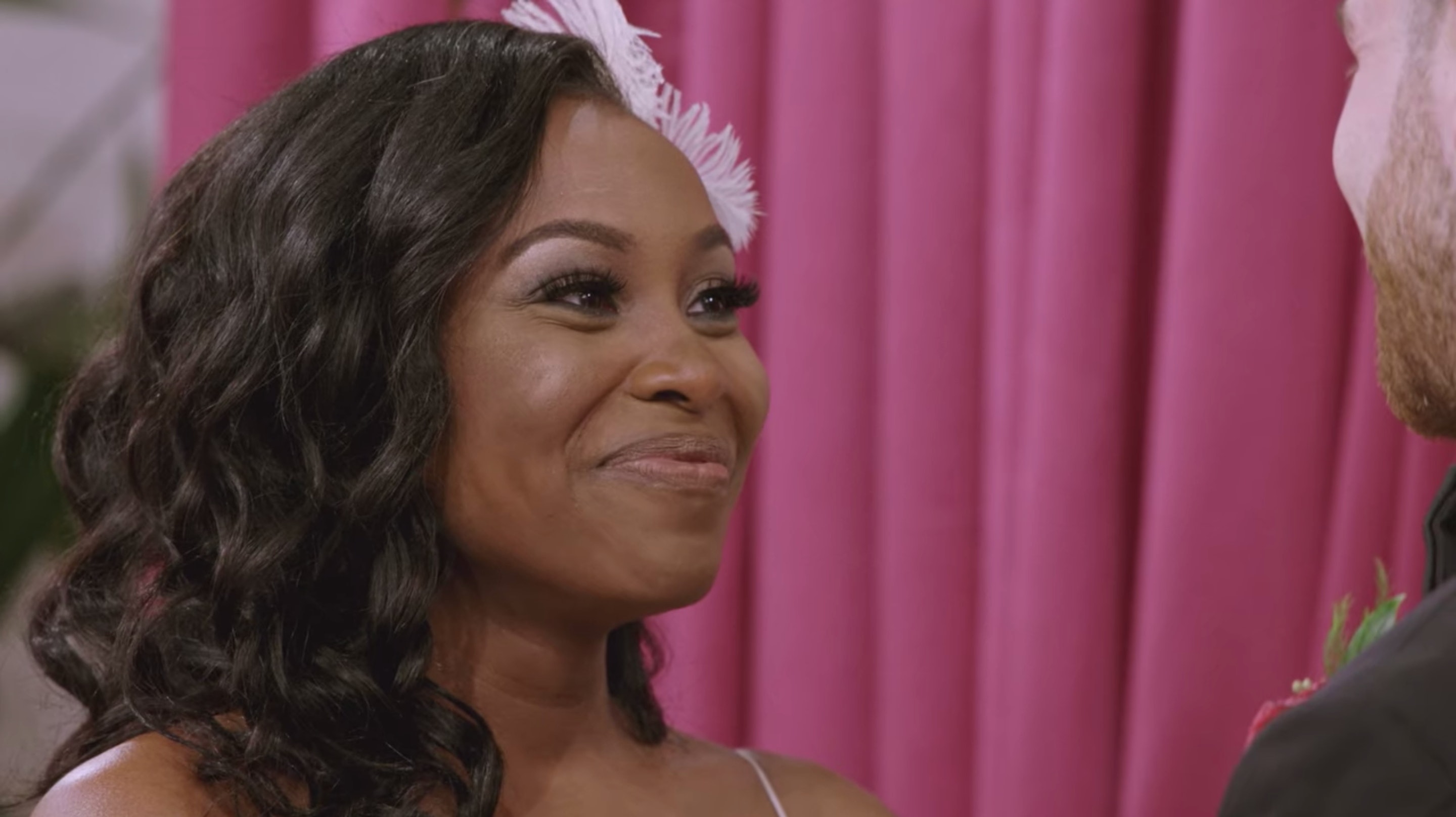 Lauren’s facial expression didn’t disappoint, either. "OMG, she is so excited," says Brown. "She can barely contain herself." 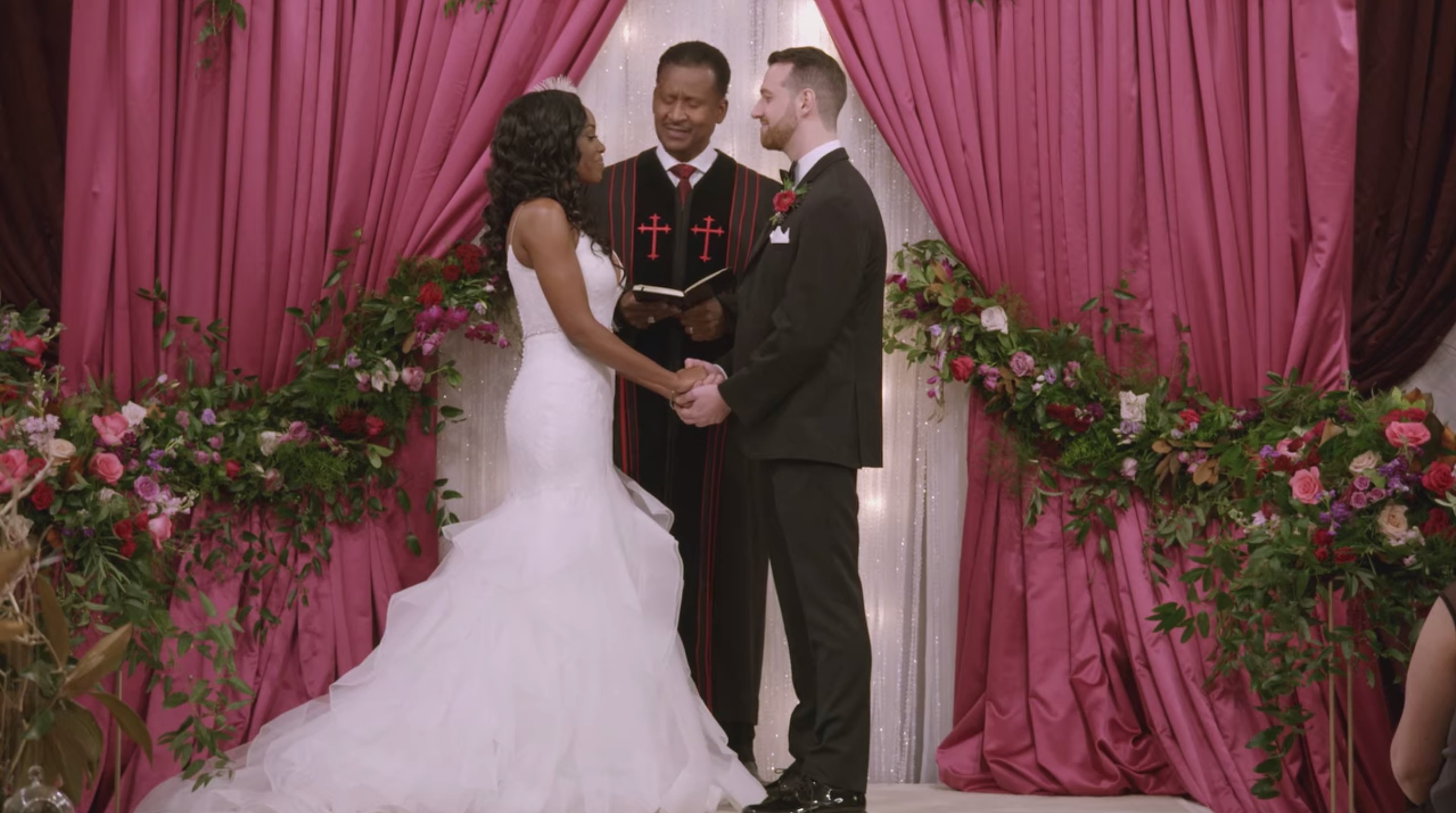 Their chemistry with each other on the altar goes to show they’re a totally equal partnership. "See how they’re perfectly balanced and meeting in the middle? Each reaching for each other? It’s perfect," she says. "No surprise they said yes." 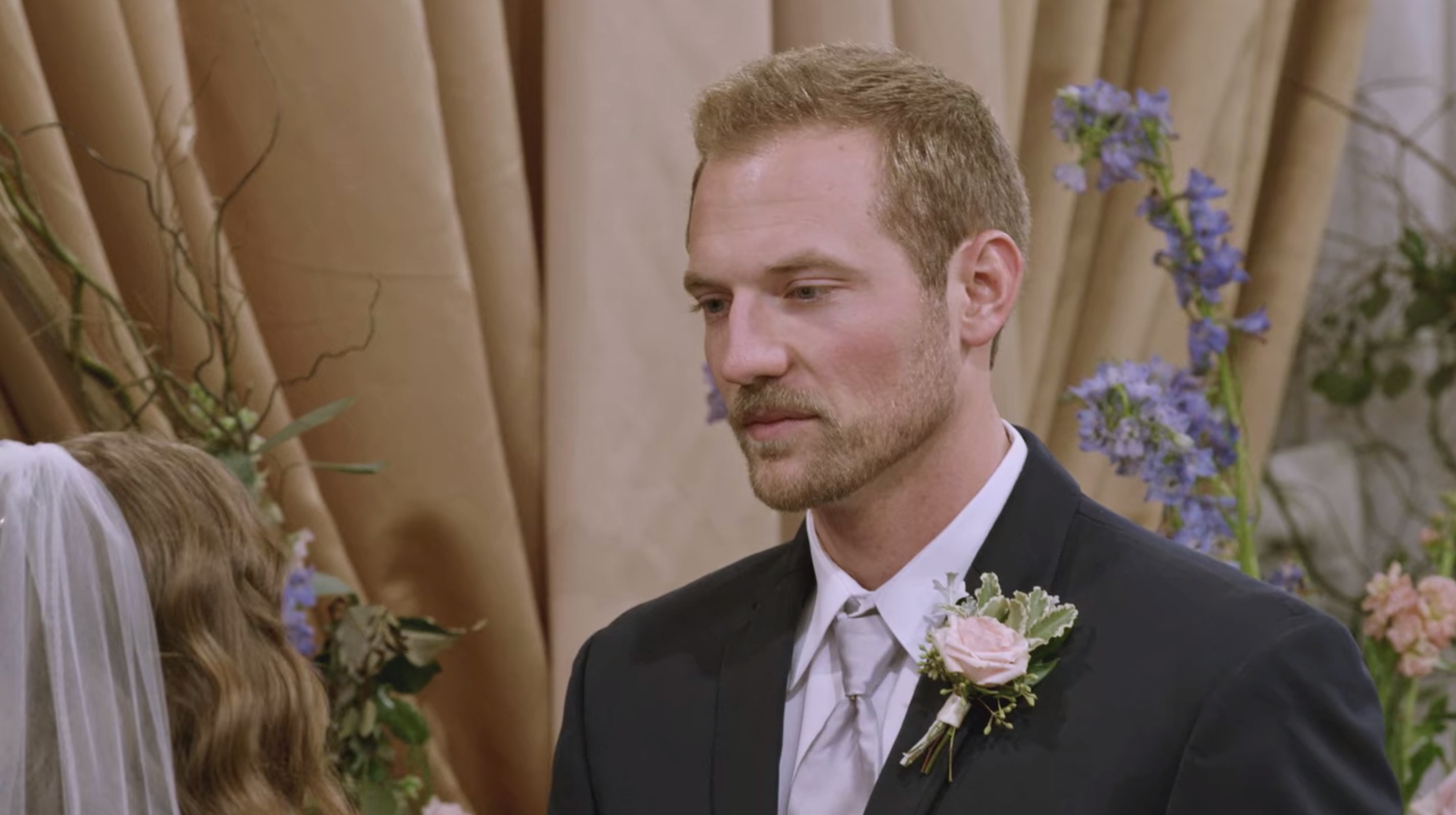 If someone looks at you the way Kenny’s looking at Kelly here, GTFO as soon as humanly possible. "I took one glance at [this] and thought, ‘What a disaster,’" says Brown. "He’s got complete disinterest on his face. No emotion at all." 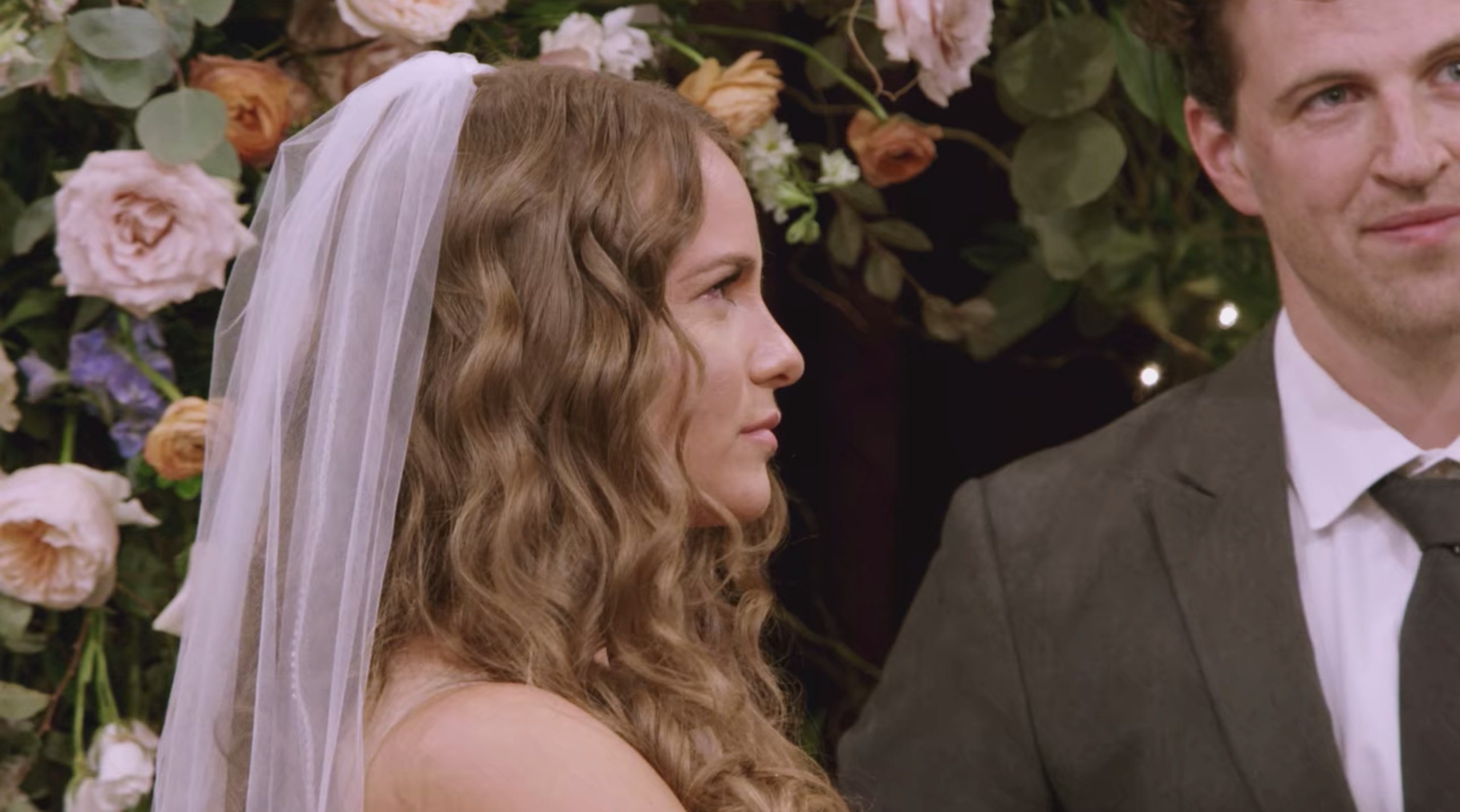 Luckily (or maybe not?), Kelly seems to be just as bored by Kenny. "She’s exactly the same way," says Brown. "They’re a complete match, not giving each other any energy." 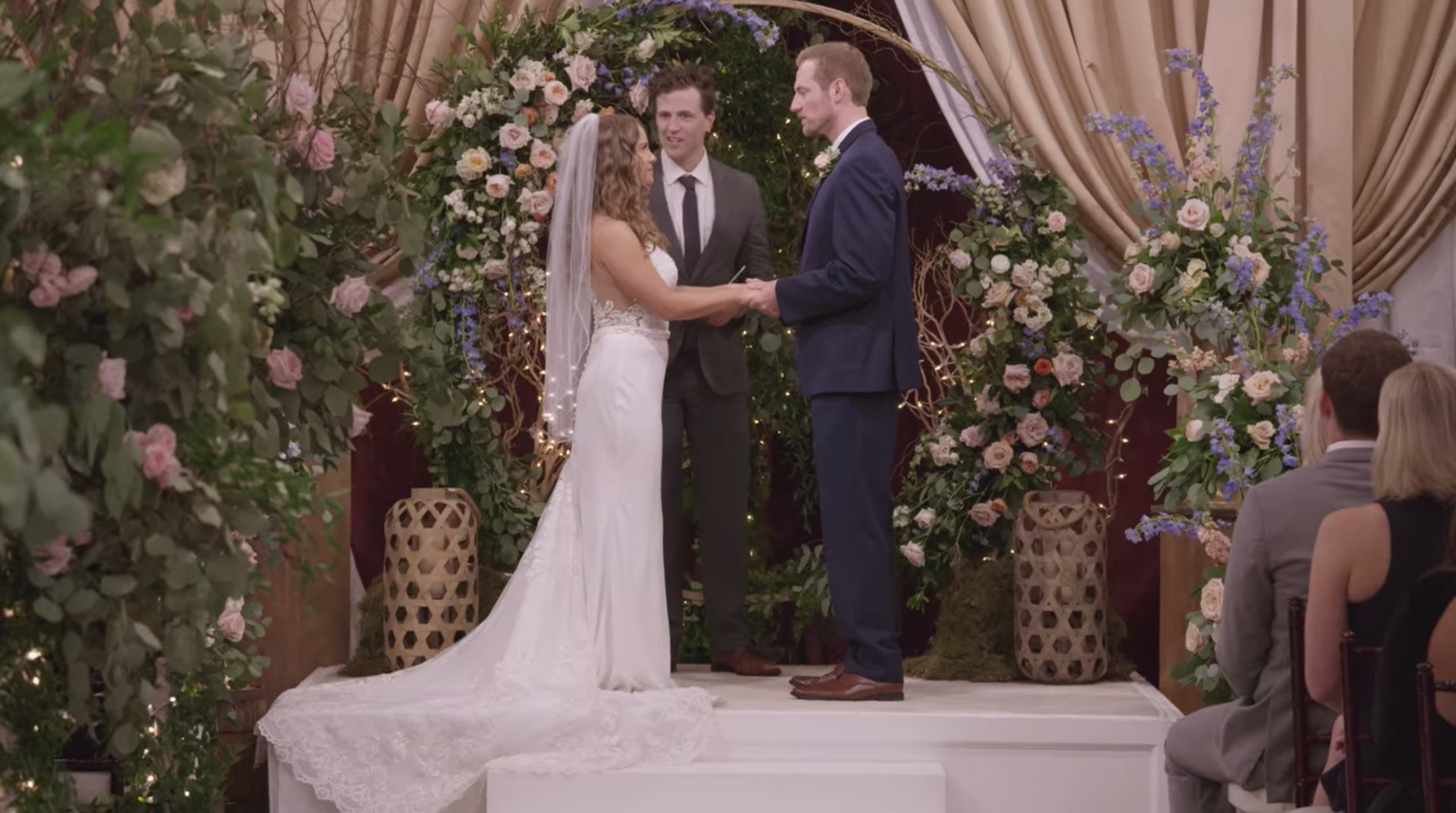 Brown notes "he’s barely even reaching for her" and concludes "there’s no love lost here." 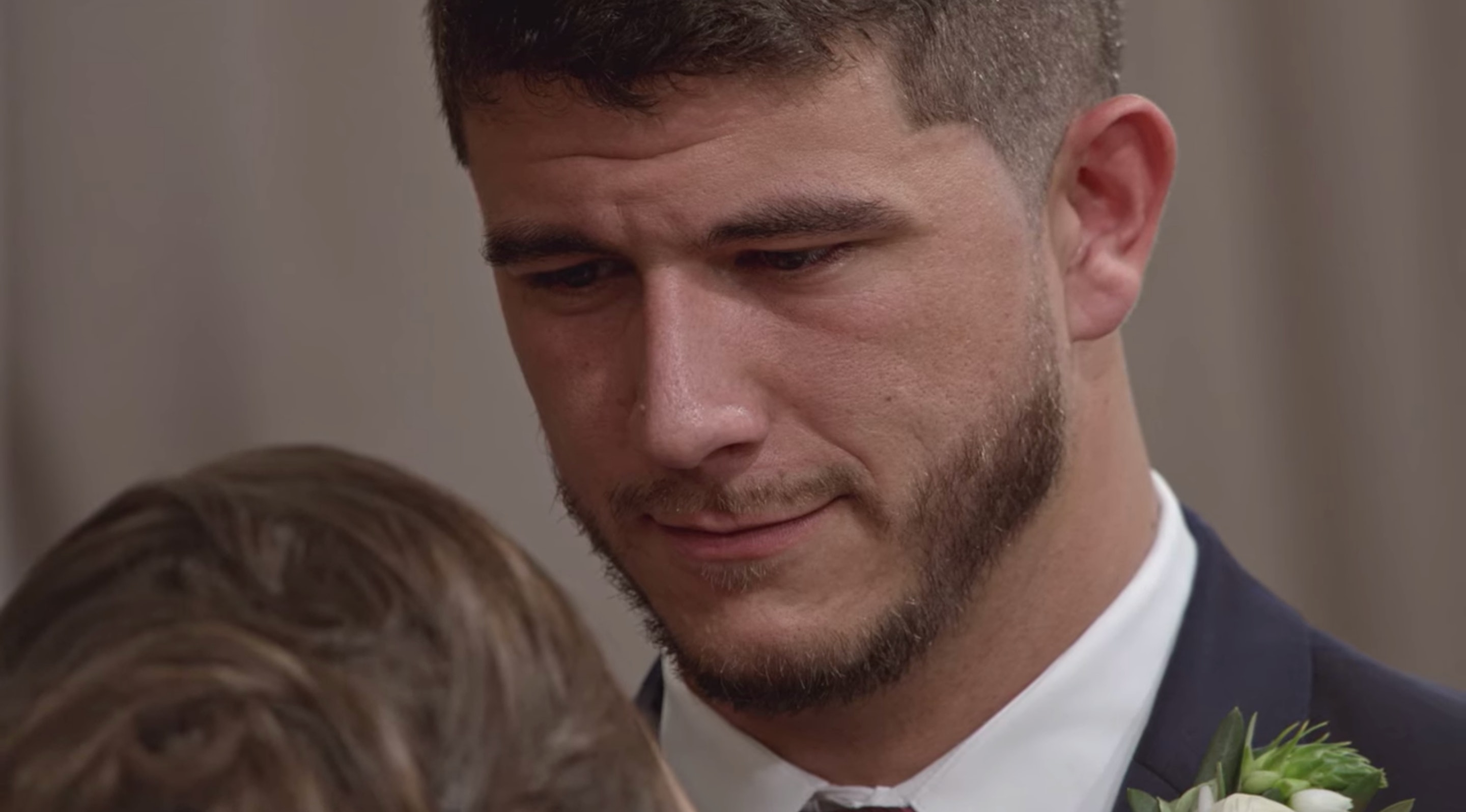 "His eyes and mouth don’t match emotionally," Brown points out. "He’s got sadness in his eyes but his mouth is smiling just a bit. So there’s internal conflict." 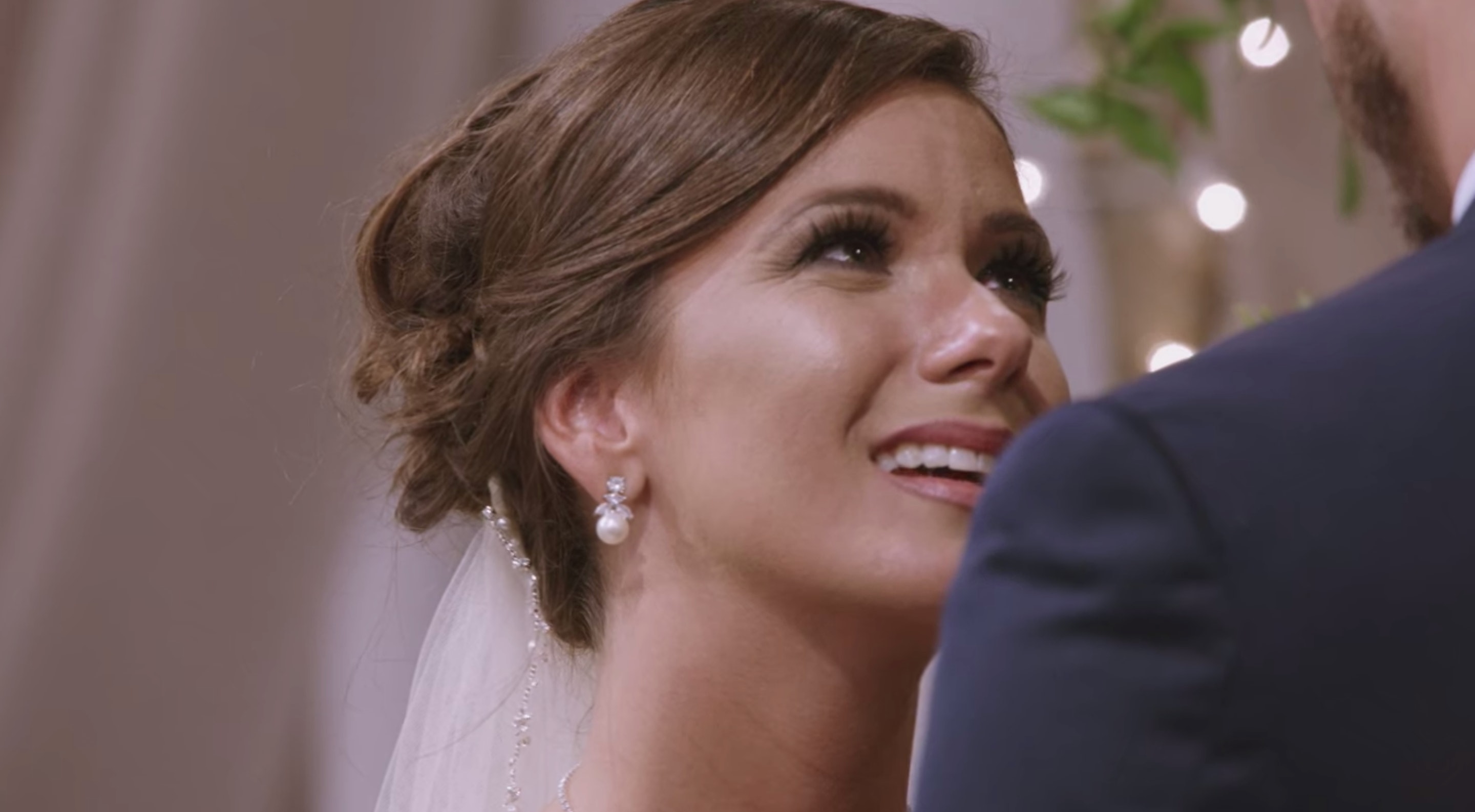 Amber isn’t totally at ease, either. "Her eyes seem bright but her mouth isn’t quite in a full smile," says Brown. "So she’s got conflict, too." 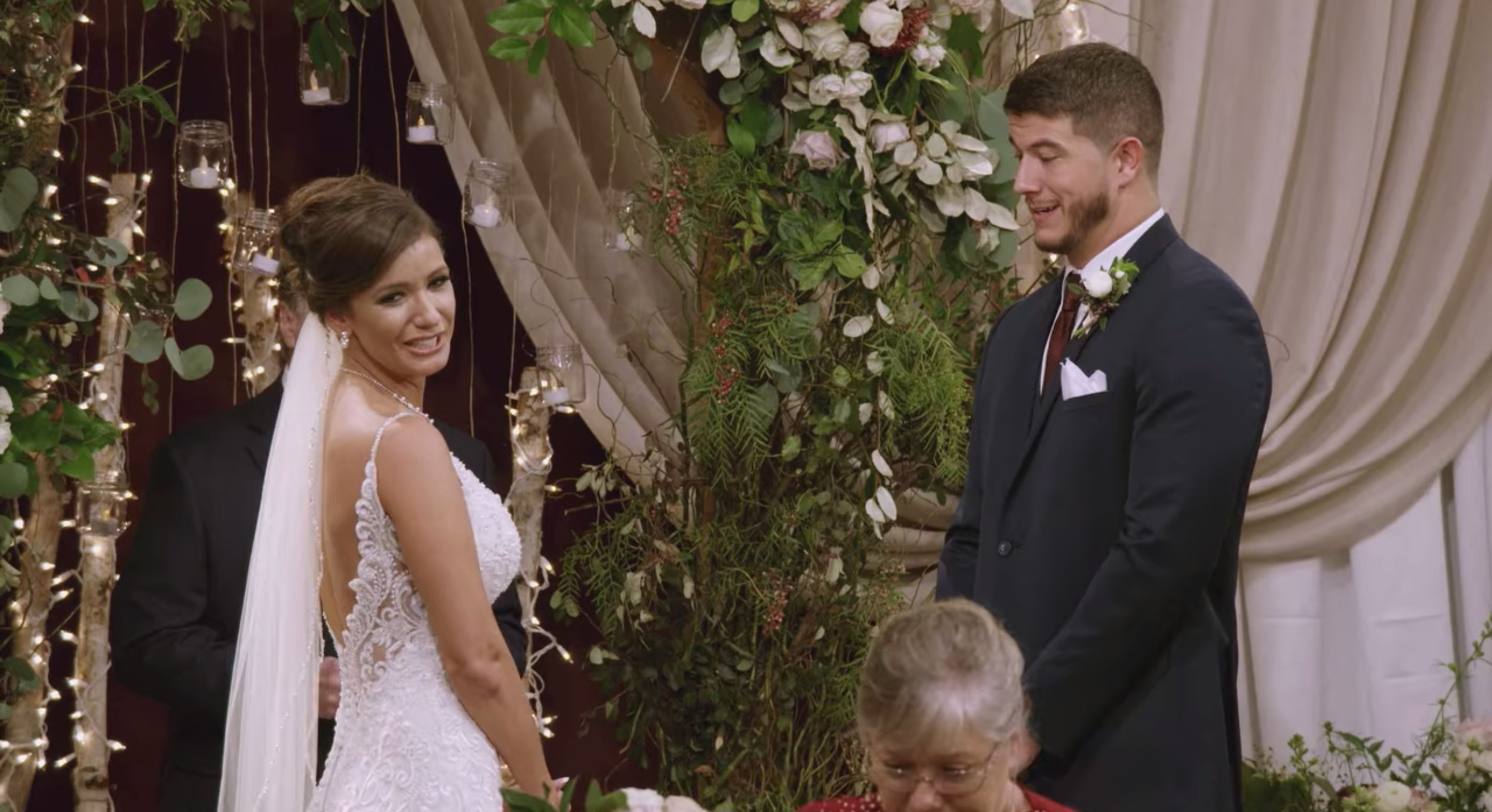 Although they both feel conflicted, they aren’t seeking out each other for comfort. "She’s looking to someone else for support," Brown says. "He’s got his eyes closed. Very disjointed energy here."

All in all Brown is "surprised" these two both said yes to a lifetime together. "I’m surprised they said yes," she says. "But they’ve got an equal amount of hesitation between them. So at least they’re on the same page."

If you thought Kenny’s facial expression was bad, Damian’s is even worse. "Worst groom look ever," she says. "This is plain anger with his eyebrows pointed down and lips pursed." 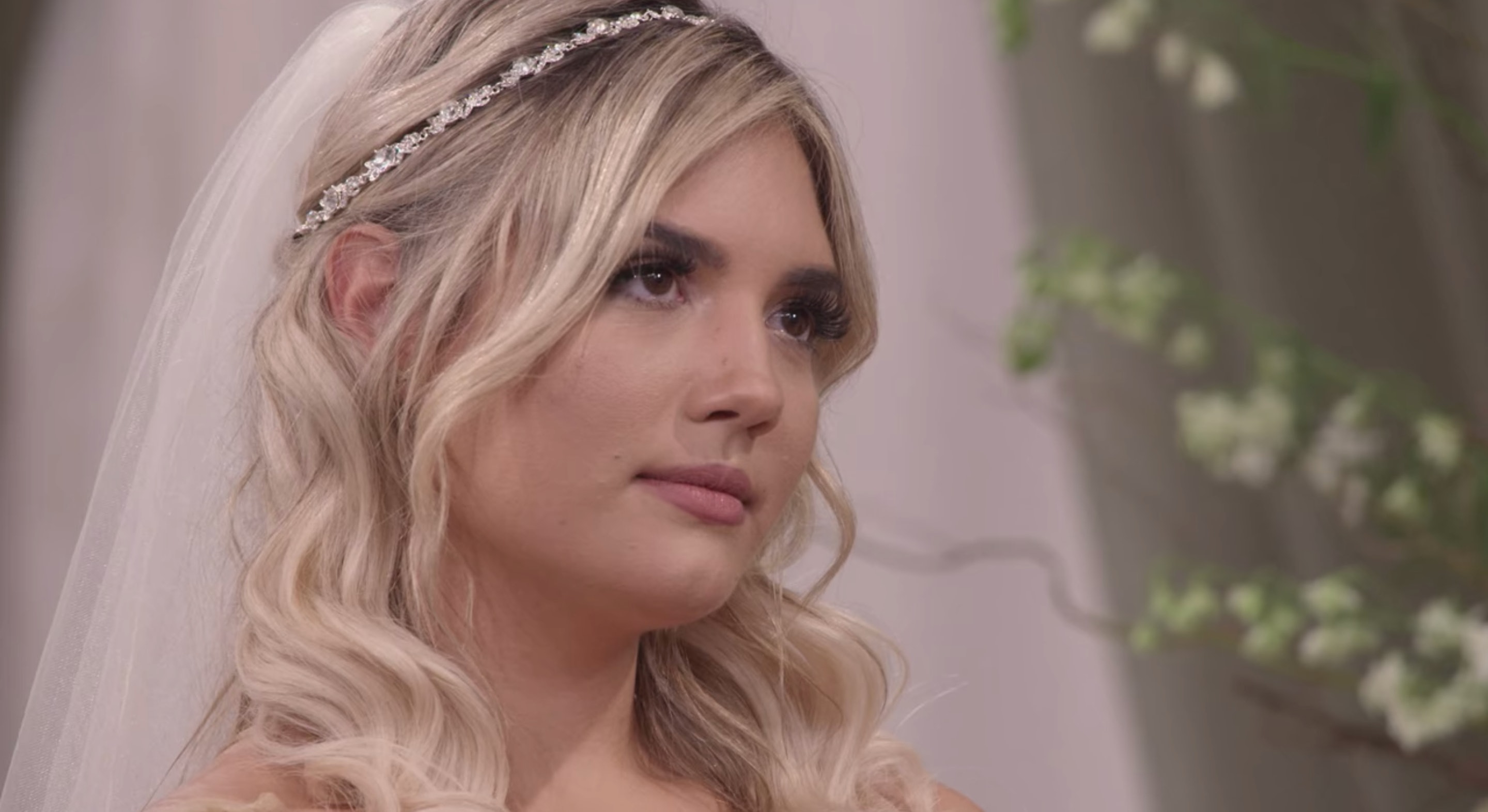 Hers isn’t much better, either. "What a look from her," says Brown. "We see the bottom whites of her eyes, which gives the look of rolling her eyes in disbelief." 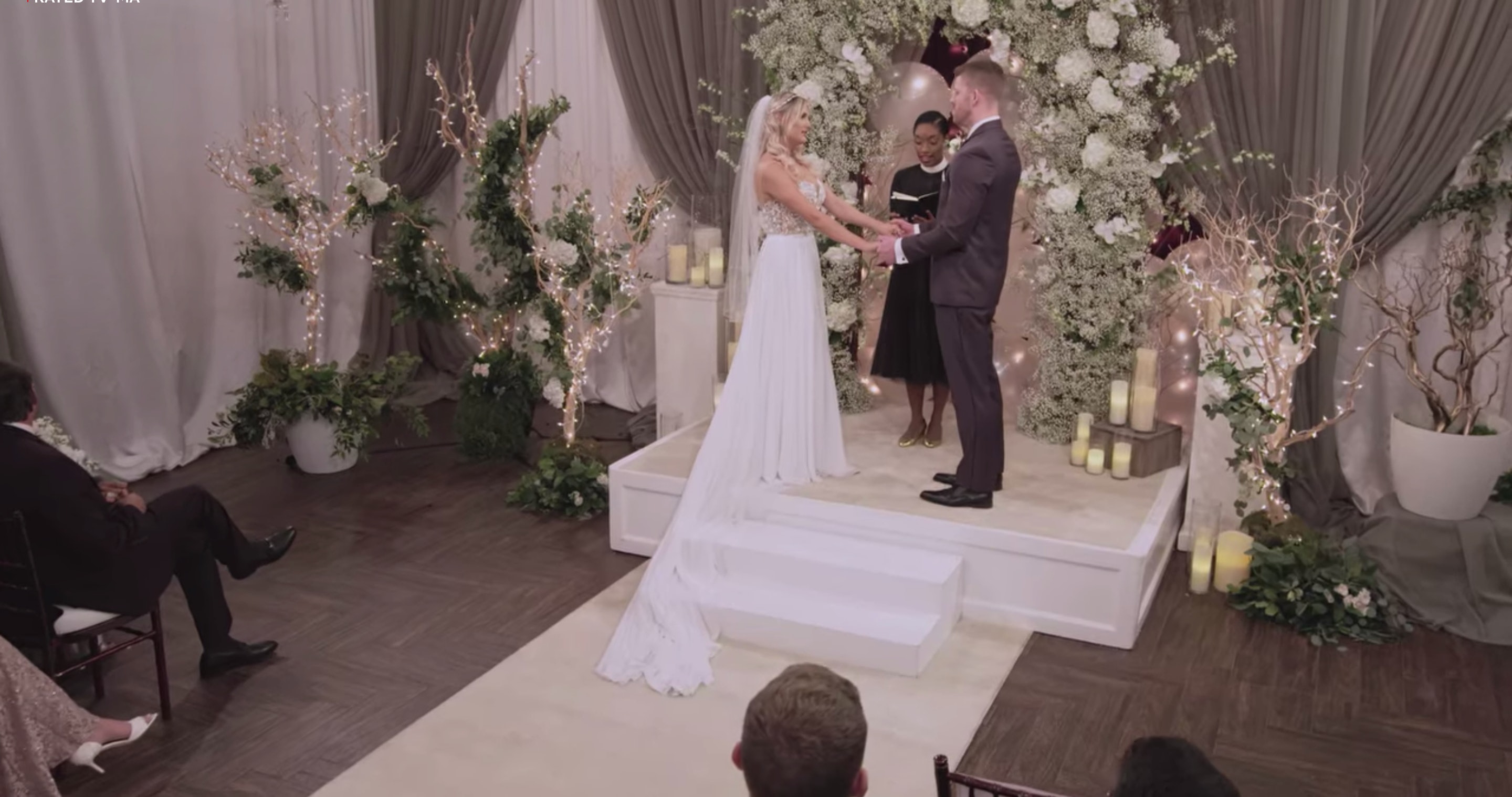 Damian isn’t the only one showing tension. "Her elbows appear to be locked," Brown says, which means she’s probably not relaxed.

Brown says neither of them should have said yes. "They’re way too angry and irritated at each other."

Sounds about right. Except, um… they might be back together?