Tori Spelling and Dean McDermott are putting a little space between themselves.

The 48-year-old actress recently appeared on Jeff Lewis’ SiriusXM show and coyly addressed rumors of marital strife between herself and McDermott, who she’s been married to since 2006.

When Lewis suggested that there can’t possibly be problems between Spelling and her hubby because he hadn’t heard it directly from her, the “BH90210” star said she wouldn’t have shared the news with him because he’d “spill my s— right here” on the show.

“Of course I’m not going to tell you what’s really going on,” she added.

Lewis then dove into several personal questions and asked the star whether she and her husband are sleeping in the same bed. 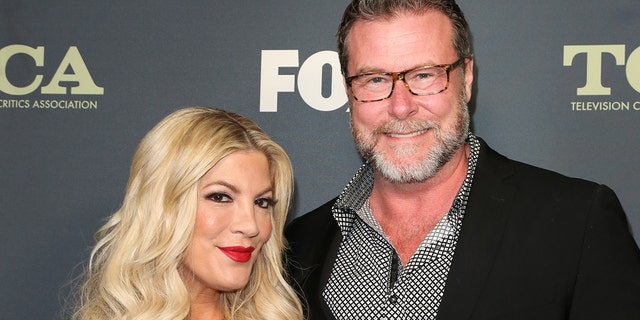 Tori Spelling revealed that she and Dean McDermott are not sleeping in the same room amid rumored marital struggles.
(Getty Images)

When asked whether the “Open Range” actor is sleeping in the guest room, Spelling confessed that he’s “in a room.”

The actress explained that their sleeping habits came about – at least in part – when McDermott left for an extended period to film a new project.

“Since he left – this is not good, you guys – but since he left, he was gone for six months filming in another country, they all stayed with me,” shared Spelling. “So I currently still have four in the bedroom with me who have yet to go back to their rooms.” 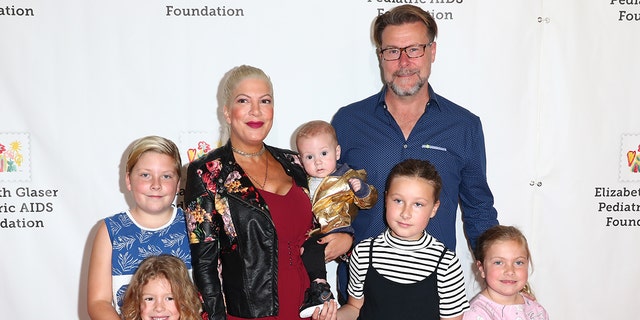 She revealed that it’s her four youngest that are sleeping in her room with her, while her eldest is not. Furthermore, she explained that only two share her bed, but the other two have their own beds in the room.

“And three dogs,” she added.

The married duo previously faced strife when McDermott admitted to cheating on Spelling in 2014, though they managed to reconcile.

Reality TV Tragedies: The Saddest and Most Shocking Deaths

See Will Smith in Costume as Venus & Serena Williams’ Dad!