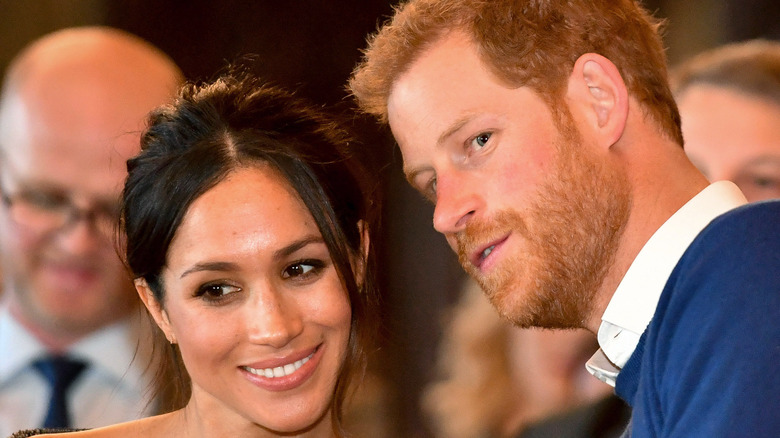 Prince Harry and Meghan Markle’s March interview with Oprah Winfrey continues to make headlines. As fans may remember, the Duke and Duchess of Sussex shocked the world when they spilled details about living within the confines of the royal family. They also sparked debate with bombshell claims against members of the family (via USA Today). During the interview, Meghan admitted that she suffered from depression and suicidal thoughts before she and Harry exited their roles as senior members of the firm. “I didn’t want to be alive anymore,” she told Oprah, adding that she was told that she couldn’t check into a hospital for her issues because it wouldn’t reflect well on the royal family.

In addition, the couple spoke out about their exit from the firm, which Harry admitted upset his father Prince Charles so much that he refused to take his son’s calls, per Marie Claire. “There’s a lot to work through, there. I feel really let down because he’s been through something similar, he knows what pain feels like. I will always love him. There’s a lot of hurt that’s happened. I will continue to make it one of my priorities to heal that relationship,” Harry said of the situation. Finally, the most shocking moment came when Harry and Meghan accused members of the family of making racially insensitive remarks about their son’s skin color. Now, one royal insider is revealing why the couple wasn’t worried about the family’s response to their interview.

The royals have stayed mostly quiet about Harry and Meghan's claims 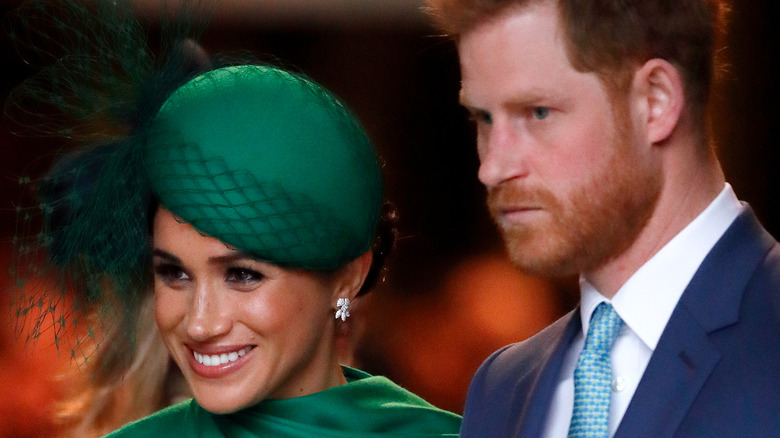 According to Express, Prince Harry and Meghan Markle weren’t concerned with the royal family issuing a response to their bombshell interview with Oprah Winfrey, or with any other comments they’ve made since then. Royal expert Katie Nicholl spoke about the Duke and Duchess of Sussex during a recent documentary titled “Harry and Meghan: 3 Troubled Years,” and revealed that the pair knew the royal family’s hands were tied when it came to speaking out about their interview. “The damage really has been long term. I think they went into knowing it was going to be very difficult for the Royal Family to have any sort of comeback. They certainly weren’t going to sit down and address every single point and accusation made in the interview,” Nicholl stated.

Following the interview and the allegations of racism the palace did release a brief statement (via NPR). “The whole family is saddened to learn the full extent of how challenging the last few years have been for Harry and Meghan. The issues raised, particularly that of race, are concerning. While some recollections may vary, they are taken very seriously and will be addressed by the family privately. Harry, Meghan and Archie will always be much loved family members,” the statement read. In addition, Prince William also made a brief comment about the racism allegations (via Fox News). When asked about his brother’s claims, William firmly stated that the royals are “very much not a racist family.” However, William has yet to comment on any of Harry’s other claims in the media.

Jada Pinkett Smith on Backlash Over Willow’s Shaved Head: It Didn’t Matter What Anybody Said